A face-hugging alien controlling Morty temporarily detached from him, awakening Morty and then Rick. After killing the aliens, they tried to walk among the face-huggers, who had a surprisingly sophisticated society. They had clearly spent some time with them as Morty was well-liked, but Rick had made radical videos. When the face-huggers realized that the aliens on them were dead, Rick and Morty fought their way out of the alien society. They left a ton of destruction in their wake and didn’t feel bad about it. 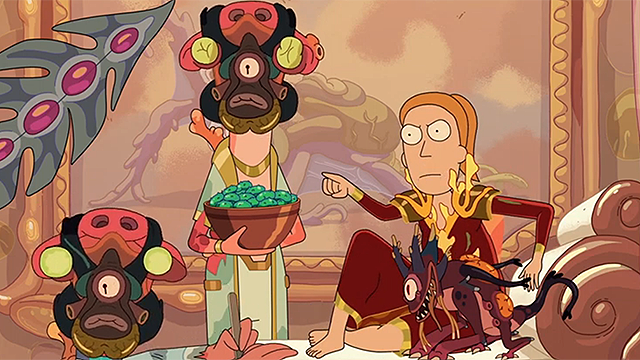 Back at home, Rick and Morty regaled Beth and Jerry with the story of their destruction. When they asked about how Summer enjoyed, Rick and Morty realized that they had left Summer behind. Against Rick’s sequel policy, they returned to the face-huggers. When their dead face-hugger disguises didn’t work, they transformed into armor fighters. When they came upon Summer, the face-huggers’ empress, she had them thrown in jail. Morty took up harmonica in jail, and the sound forced their fellow prisoners’ bowels to explode.

Summer visited them in jail and caught them up to what had happened. Rick and Morty gave her a hard time about wanting to listen to a podcast on the way there and about her new “thing”, keeping a toothpick in her mouth. However, the toothpick had protected her from getting face-hugged like Rick and Morty had. The face-huggers lives had only been a cycle of taking over a host and die after defecating eggs. Summer persuaded them to aspire to more and build an impressive society. 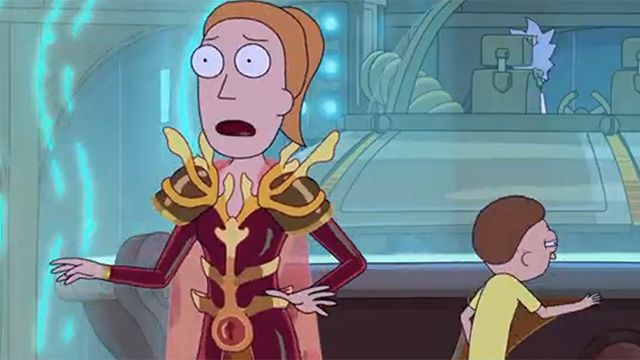 The face-huggers on Rick and Morty, Bruce and Steve, had a falling out. Bruce became more radical, while Steve became Summer’s right hand. However, Summer wanted to replace Steve. Steve went back to Bruce, and they had secret feelings for each other. They wanted to run away together, which led them to when Rick and Morty regained consciousness. Summer admitted she had filled in some gaps in the story, but everyone knew about Bruce and Steve.

Summer sentenced Rick and Morty to sit in their car, and she would join them to ensure their punishment. However, one of the face-huggers knew what she was up to. Morty played his harmonica, and Rick set his ship to emit the same tone. This made all the aliens around them explode, and they escaped.

The Rick and Morty Season 6 finale is finally here. The time-and-space-traveler titular duo is about to go on their last adventure…
TV 2 months ago

The official release of Rick and Morty Season 6 Episode 9 is almost here. The crazy titular duo is back for the…
TV 2 months ago