Halloween is almost upon us, and with it comes a host of movies that will undoubtedly be devoured with divine passion. Because alliteration is fun. Viewers will be treated to demons, ghosts, monsters, clowns and mask-wearing, machete-wielding maniacs all month long! It’s easy, then, to forget about the proverbial “granddaddy of them all,’ the vampire film. Throughout history, Vampires have evolved to fit with the times. In the 1930’s and 40’s, Dracula was a charming, seductive gentleman. The 80’s saw vampires wearing earrings and leather jackets. In the 90’s, what’s old became new again and in the 00’s, they sparkled. Okay, the 00’s sucked for vampires but, through it all, they have stood the test of time.

Whether portrayed by Bela Lugosi, Kiefer Sutherland, Wesley Snipes or the Twilight Guy (we literally forget his name, not trying to be mean), vampires have always been the “cool older brother’ of the horror genre. There’s just something about being a well-dressed, neck-biting, line-spouting, hand-kissing Lothario that has appealed to the masses for a hundred years. To compile a list of all the great vampire films would require us to be undead ourselves. Unfortunately, we can’t sleep all day like those guys do. But we have compiled a list of the 5 Best Modern Vampire Films. For the purposes of this article, ‘modern’ includes anything from the 80’s and beyond. Get your garlic ready, sharpen your stakes and say a prayer- ‘cause we’re diving neck first into this list. 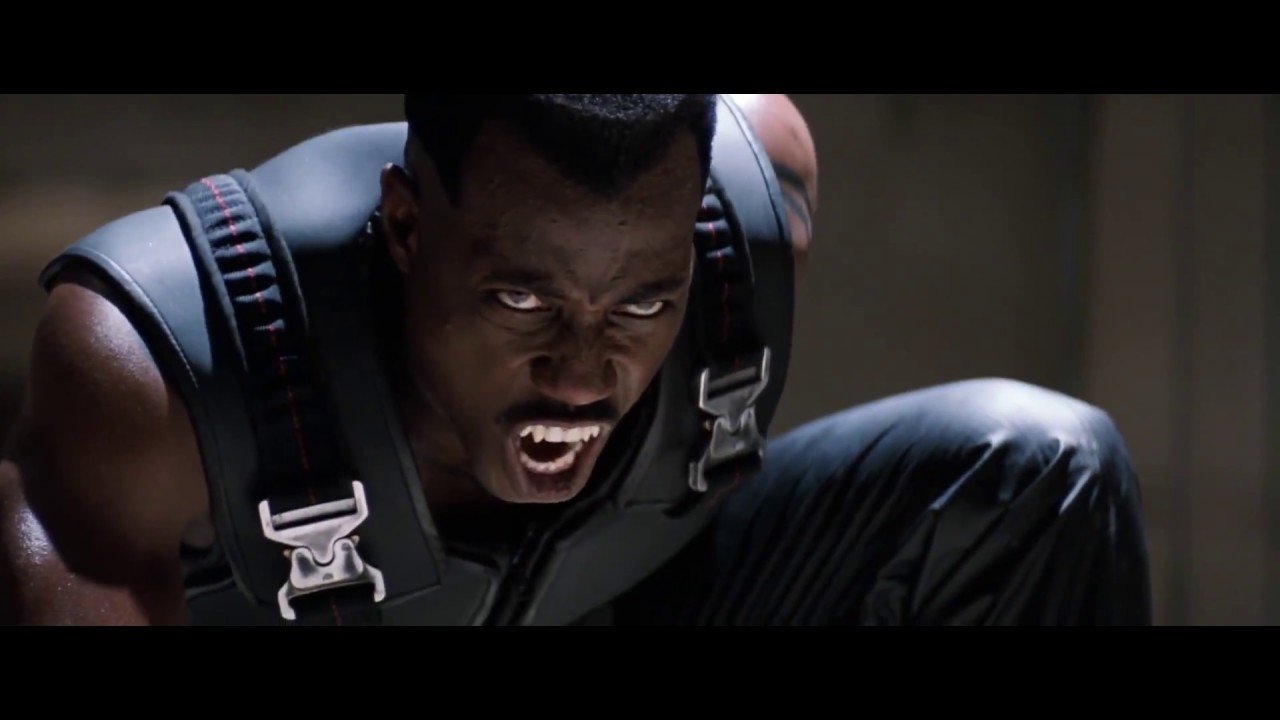 Blade was one of the first films to portray a vampire as a good guy. Originally appearing in comic book form via Marvel, Blade came out during a time when vampires were resting, but he woke up the genre in a hurry. Wesley Snipes portrayed the titular hero in this 1998 film and he kicked a lot of undead ass.  Vampires killed Blade’s mom, you see, and he is now on a mission to rid the world of the blood-sucking b*tches that took her away from him. Blade is less scary, more action-y but it’s still one of the finest modern vampire flicks in the modern era. It’s sequels? Not so much. 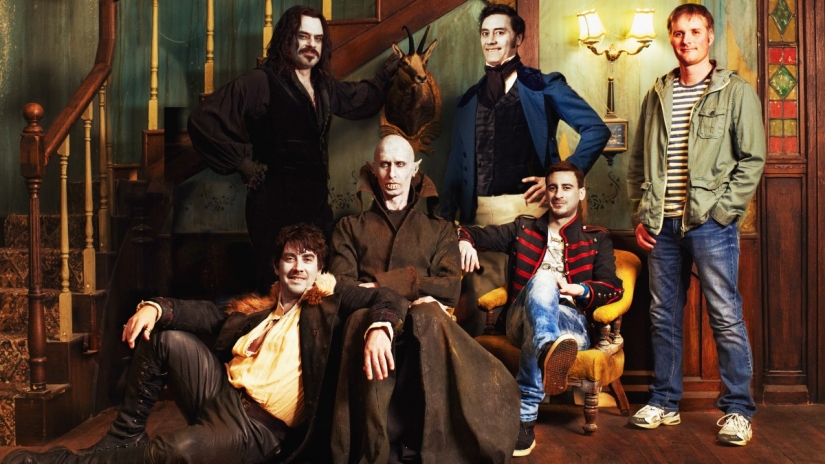 Who said vampire movies can’t be hilarious? Much like Shaun of the Dead did to the zombie genre, What We Do in the Shadows took every convention we held for a vampire flick and turned it on its side. The results were hilarious. This shouldn’t come as a surprise, as the film came from Thor: Ragnarok director Taika Waititi, as well as Flight of the Conchords front man, Jemaine Clement. Yes, this was a New Zealandish movie, but that just added to its overall charm.

Previously, vampire films only focused on what the dead did at night. But never has there been a movie that shows vampires getting groceries, or going to the club. What We Do in the Shadows did that, to hilarious results. What We Do in the Shadows is a found footage film, in a mockumentary style, but that, too, adds to its charm. This movie is funny, that’s all. Vampires might be scary, but they’re also pretty hilarious. Luckily, we haven’t seen the last of this take on vampires, as FX has ordered a 10-episode series. What we’ll be doing in the shadows is laughing our heads off. 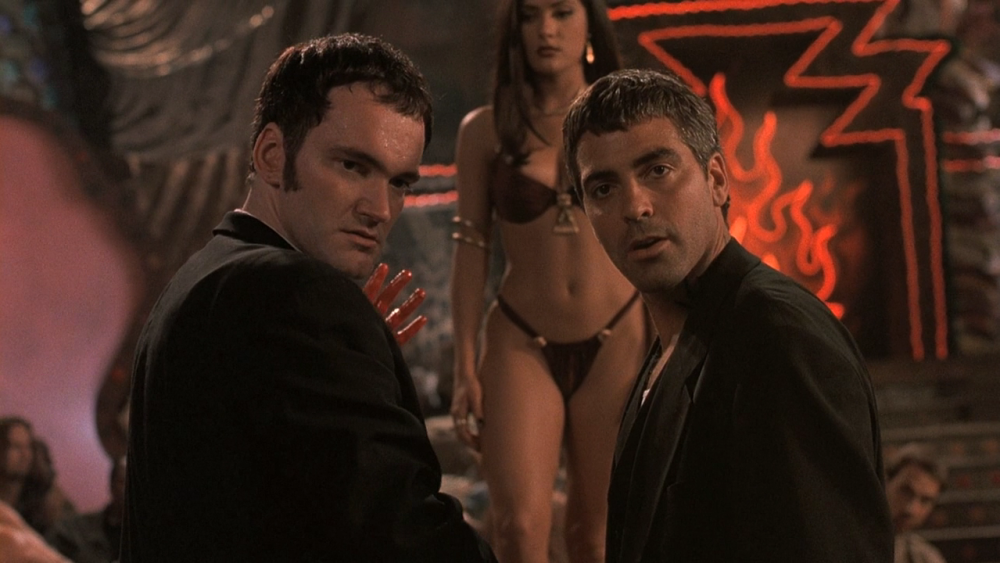 From the guys who brought you Grindhouse comes From Dusk till Dawn, a vampire film that you didn’t know was a vampire film until about halfway through. The beginning of the film follows Seth and Richie, the Gecko brothers (played by George Clooney and Quentin Tarantino, respectively), as they go on the run after a bank robbery that went horribly wrong. It seems like any bank heist Tarantino is involved with never ends well, but that’s beside the point.

Seth Gecko is a cool, calm and collected thief. He doesn’t hurt people if he doesn’t have to. Richie, on the other hand…well…he’s kind of icky. While on the run, they come across the Fuller family, consisting of former preacher Jacob, and his two children. The film starts out as a crime thriller but, as soon as the Geckos and the Fullers make it across the border into Mexico, all hell literally breaks loose. Suddenly, the bad guys are tasked with being the heroes and they help the Fullers fend off a bar full of vampires.

From Dusk till Dawn was written by Quentin Tarantino and directed by Robert Rodriguez, so you know it was bound to be a classic. Like so many films before it have tried, and failed, to do, From Dusk till Dawn offers something new to both the horror genre and the action genre, resulting in a film that is action-packed, terrifying and utterly hilarious.

Charley Brewster has a problem, and his name is Jerry Dandridge. Dandridge has just moved in next door, but he’s anything but the typical annoying neighbor. No, Dandridge has much more sinister intentions than borrowing Charley’s power tools and never returning them. Jerry Dandridge is a vampire, you see, and it seems like Charley is the only person that is onto Jerry’s secret. After trying, and failing, to alert the authorities, it is up to Charley his girlfriend Amy and his “frenemy” Evil Ed to stop Jerry before he turns the entire neighborhood into a bordello of blood.

Realizing they can’t possibly take on the undead themselves, Charley and his friends enlist the help of Peter Vincent, a washed-up actor who starred in a handful of vampire movies. Vincent, at first, is skeptical but soon realizes Charley is right and now he must live up to the character that he portrayed so many times on those late-night TV  movies.

Fright Night is, perhaps, one of the greatest vampire films of all time, in this or any era. Chris Sarandon plays the vampire Jerry to utter perfection, channeling Bela Lugosi’s Dracula on more than one occasion. He is charming, seductive and utterly irresistible. We don’t actually blame Amy when she finds herself wrapped in Jerry’s arms. Roddy McDowell also wows as Peter Vincent, Vampire Killer. He plays the part like he’s having the time of his life which, in turn, leads us to having the time of ours. Fright Night is a nostalgic thrill ride that is perfect viewing material for a chilly, late night in October. Just don’t look next door.

Sleep all day. Party all night. It’s fun to be a vampire. That was the tagline of 1987’s The Lost Boys, and it summed up the movie perfectly. No movie before it had portrayed the life of a teenage vampire to such success. Suddenly, vampires were not middle-aged men with a crow’s nest, wearing pajamas and kissing your hand. Now, they wore leather and earrings and listened to rock music and ate Chinese food.

The Lost Boys made being a vampire cool way before Twilight tried to. This was the first movie to feature “The Two Corey’s,” Haim and Feldman. It was a pairing that would lend itself to numerous subsequent movies, as well as a reality show before Haim’s untimely death. Haim’s death was a tragedy, but if Lost Boys taught us anything, it was that dead does not mean gone forever, so there is no need to cry, little sister.

Another Black Panther: Wakanda Forever deleted scene has been released. The scene, which is called “The Upstairs Toilet,” shows Martin Freeman’s…
Movies 19 hours ago

DC Studios Co-CEO James Gunn has been busy on Twitter, as the director has been debunking more Superman: Legacy rumors…
Movies 18 mins ago

What’s Leaving Hulu at the End of December

A Quentin Tarantino Oscar-winner movie is part of the Paramount+ schedule for December 26-January 1. On Sunday, January 1, the…
Movies 1 month ago

Searchlight Pictures has officially delayed the Next Goal Wins release date for Taika Waititi’s next movie. Originally scheduled for a…
Movies 2 months ago