Gotham Knights has been a long time coming, as WB Games Montréal has spent years on other failed DC Comics-centric projects before committing to this one. Over that long and quiet stretch, the studio developed a loot-based RPG that is a departure from the typical Batman: Arkham games, which it is not related to, yet is a comparison it cannot escape. Gotham Knights is divulging from that formula in some big ways, but it doesn’t seem like those changes are for the better. 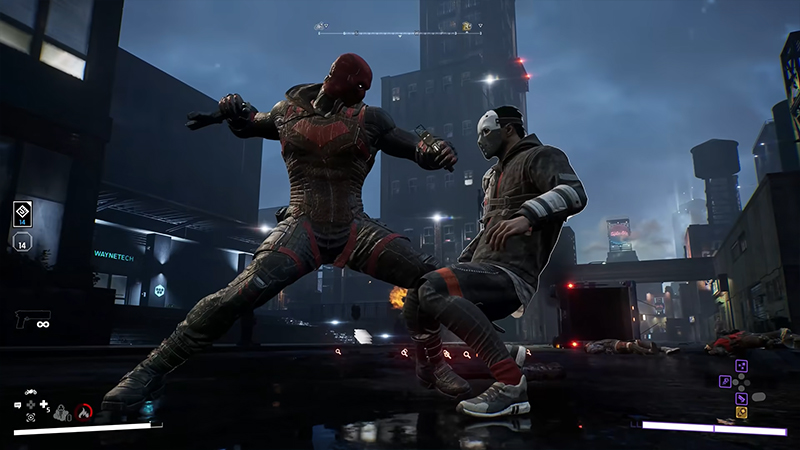 Melee combat is one of the first areas where Gotham Knights just feels off. While each of the four heroes has their own twists, they all have the same basic controls that consist of a light attack, heavy attack, evasive dodge, and some meter-dependent special abilities. Chaining them together can be momentarily exciting as serving beatdowns to some hapless thugs shows off its elaborate finishers, but combat stumbles just about everywhere else.

Attacks feel weak mainly due to the lack of beefy sound effects and controller vibration. A few enemies are also uncharacteristically tanky, meaning they can take a tedious amount of hits from every legendary crime fighter in the crew before they go down. Harley Quinn, the lone boss from the demo, exemplifies this problem as she just uncharacteristically blows right through most kicks and punches for no reason.

Because of this, the staggering lack of rhythm, and how it has moved away from encouraging players to keep up a long combo, brawls are inherently mashy and less fluid. Special abilities, cooldowns, and meters take precedence over moment-to-moment actions and skill. Brainlessly pounding opponents in this way is far from the power fantasy of becoming someone in the Bat Family since it is so clumsy and unconcerned with thoughtful play. Gone are the days of timing presses for a higher hit streak and carefully countering and seamlessly flowing from one victim to the next. It’s possible later upgrades alleviate this, but many of them seem to only juice percentages and numbers; only a very small handful give players new meaningful tools to play with. 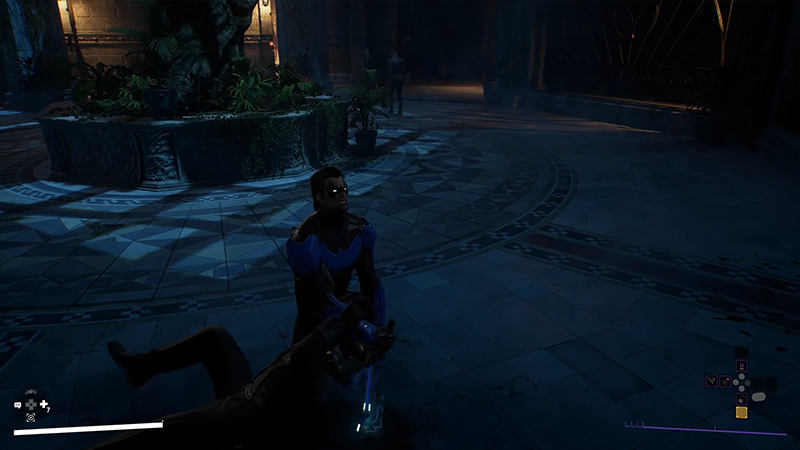 Its other gameplay systems have also been similarly neutered. Sneaking is hardly even more than a formality since most of its characters just aren’t as well equipped with the appropriate tools, meaning that going up behind a goon and choking them looks to be about as deep as the stealth gets. Level layouts don’t foster great predator gameplay, either, since the linear stages were almost all a series of uninteresting arenas with a handful of thugs. Again, it’s possible that later enemies and elaborate setups can solve this, but nothing in the playable segments even hinted at this possibility.

Traversal doesn’t get much better. The Batcycle that all characters have access to gets the job done, but has almost no sense of speed to it like it’s stuck in second gear. Each character also has a specific way of travel and they don’t fare much better. Red Hood can just leap across the clouds and while the explanation is uncharacteristically goofy for a game that’s relatively grounded otherwise, the more puzzling decision is how easy it is to perform (one button and any direction on the analog stick). Nightwing’s Flying Trapeze simply lets players fly around with very few limitations, which takes a similarly low amount of brain cells.

Gliding around as Batgirl takes more mental energy since players have to contend with momentum and altitude and can’t just coast from objective to objective. Even though it lacks the speed and fluidity of flying around in the Arkham games, it’s much more thrilling than just holding a single button and the stick forward to get to the waypoint. 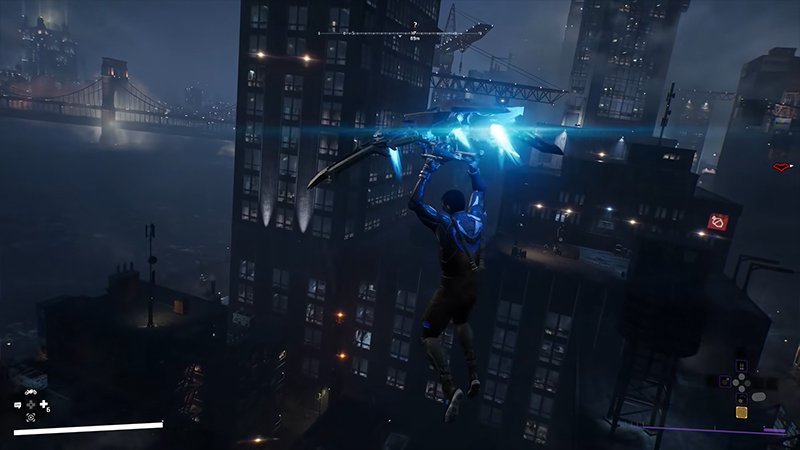 There are a few waypoints scattered around, too, since it is an open-world RPG. And while its open-world sections in the demo were limited and have yet to be tested, its RPG mechanics were, unfortunately, much more pronounced. With an array of different loot, gear, and crafting systems, Gotham Knights is seemingly going quite hard into numbers-heavy systems and collecting little trinkets that spill out of enemies and chests that are required to build bigger trinkets.

These are overdone mechanics when done so plainly and Gotham Knights doesn’t suggest that it will be doing anything different with them. Building gloves with marginally better stats is often busywork and a way for a game to weaponize the primal urge to upgrade things as an artificial means to hook players. Gotham Knights’ lineup of character skins is impressively made and diverse, but it’s hard to see how crafting in this basic form will improve the game. With some annoyingly tanky enemies, its focus on stats and deep RPG systems don’t appear to benefit the experience and give the impression that they were only implemented to chase trends.

An RPG like Gotham Knights might benefit when taken as a whole since the genre is designed to grow alongside players. However, almost all of its individual systems imply that the title will be less than the sum of its many parts. Its combat, stealth, and traversal are all stunningly anemic and appear to be designed to supplement progression that’s not strong enough to carry the weight of the entire game. The Bat Family is known to overcome adversity and they have their work cut out for them in Gotham Knights.

It was already confirmed that Hogwarts Legacy won’t have a mortality system. However, Avalanche Software has gone into more detail…
Games 3 days ago

The Last of Us‘ second episode finally introduced the Clickers, one of the game’s deadliest enemies. And while they share…
Games 4 days ago

There are almost 200 countries on Earth, yet we often see games take place in the same handful of them.…
Games 1 week ago

Hogwarts Legacy has had many trailers, but its newest one is the only one to earn the “cinematic” label. This…
Games 1 week ago