In a matter of days, acclaimed director Tim Burton’s television directorial debut will premiere on Netflix. Here’s when to watch it.

When to Watch Wednesday 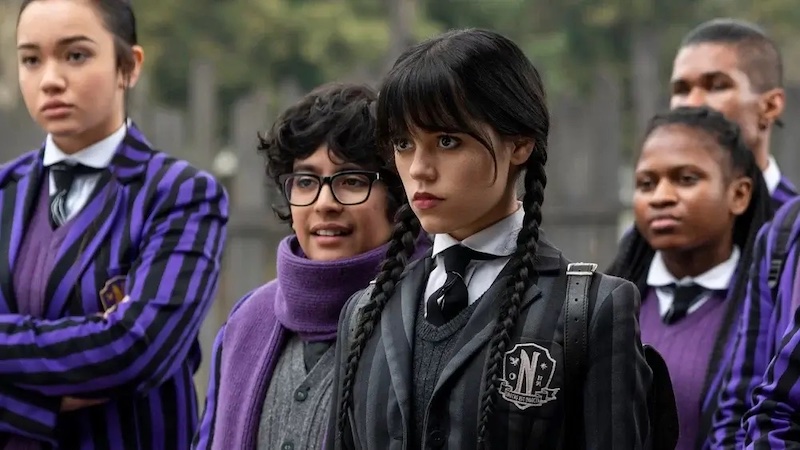 Netflix set the Wednesday release date at 3 a.m. ET/12 a.m. PT on Wednesday, November 23. The streaming service will release all eight installments at once. The show is a coming-of-age comedy that will be a sleuthing, supernaturally-infused mystery. The live-action series will be led by Jenna Ortega (Yes Day) in her first major TV project as the titular lead, along with Catherine Zeta-Jones as Morticia Addams, Luis Guzmán as Gomez Addams, Victor Dorobantu as Thing, as well as Isaac Ordonez as Pugsley Addams, Fred Armisen as Fester, and George Burcea as Lurch. The cast also includes Hunter Doohan, Georgie Farmer, Moosa Mostafa, Emmy Myers, Naomi J. Ogawa, Joy Sunday, Percy Hynes White, Gwendoline Christie, Riki Lindhome, and Jamie McShane.

“The series will chart the titular heroine’s years as a student at the peculiar Nevermore Academy as she attempts to master her emerging psychic ability,” reads the synopsis, “While also thwarting a monstrous killing spree terrorizing the local town and solve the supernatural mystery that embroiled her parents 25 years ago — all while navigating her new and very tangled relationships of the strange and diverse student body.”

Elizabeth Banks is set to premiere her third directed project in 2023’s Cocaine Bear, but prior to that, she attempted…
Movies 11 hours ago

Brendan Fraser was set to star in the since-canceled Batgirl film in which he played the villain, Firefly. In an…
Movies 12 hours ago

Despite rumors saying that the Constantine sequel had been canceled, Warner Bros. Discovery confirmed to Entertainment Weekly that the project…
Movies 15 hours ago

The much-anticipated You Season 4 Part 1 is just a few days away from hitting Netflix. Joe Goldberg is back…
TV 3 days ago

All the other teams continue participating in the event. Maple and Sally have a hard time fighting the last boss,…
Anime 6 days ago

The first part of You Season 4 is headlining the Netflix schedule in February 2023. On Thursday, February 9, the…
TV 1 week ago