Netflix’s Emily in Paris Renewed for a Second Season

Netflix has renewed the rom-com series Emily in Paris, starring Golden Globe nominee Lily Collins (Rules Don’t Apply), for a second season, according to Deadline. The announcement was released in the form of a letter from Emily’s (Collins) fiction boss Sylvia Grateau (Philippine Leroy-Beaulieu) which you can check out below!

Created and executive produced by Darren Star, the series focuses on Emily (Collins), an ambitious twenty-something marketing executive from Chicago, who unexpectedly lands her dream job in Paris when her company acquires a French luxury marketing company — and she is tasked with revamping their social media strategy. Emily’s new life in Paris is filled with intoxicating adventures and surprising challenges as she juggles winning over her work colleagues, making friends, and navigating new romances.

Collins also produces Emily in Paris with Tony Hernandez and Lilly Burns of Jax Media and Andrew Fleming all attached as executive producers.

Season 1 is now available to stream on Netflix. 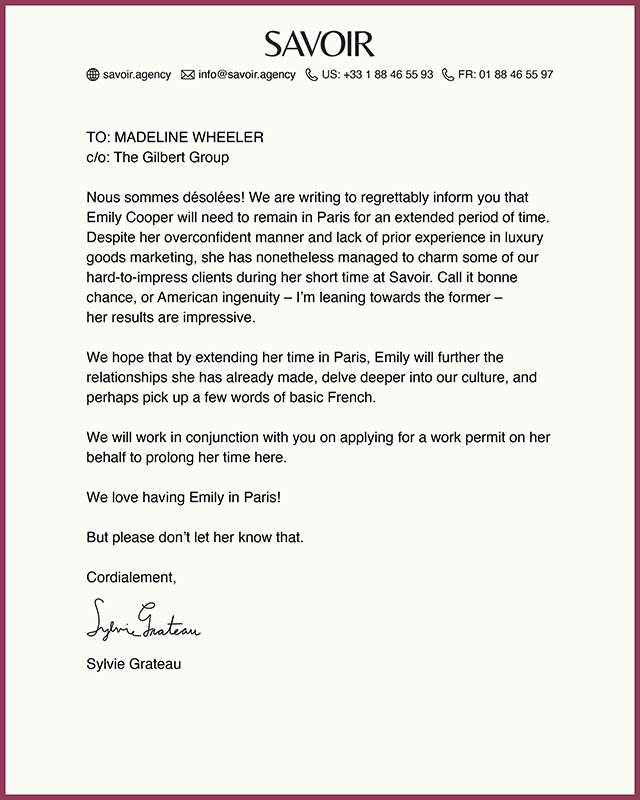 Ahead of the highly-anticipated return of Bridgerton, series vet Phoebe Dynevor has officially confirmed that she will not be reprising…
TV 5 days ago

Netflix has finally dropped the first key-art poster and image for its highly-anticipated One Piece series, based on the long-running…
TV 6 days ago