Disney has released the Night at the Museum: Kahmunrah Rises Again trailer for the upcoming animated movie, which is set to release on Disney+ on December 9, 2022.

The upcoming film will star Joshua Bassett, Jamie Demetriou, Alice Isaaz, Gillian Jacobs, Joseph Kamal, Thomas Lennon, Zachary Levi, Akmal Saleh, Kieran Sequoia, Jack Whitehall, Bowen Yang, and Steve Zahn, and will be directed by Matt Danner, from a screenplay written by Ray DeLaurentis and Will Schifrin. The original movie will continue the trend of showcasing the mischief that happens at night in the American Museum of Natural History.

Check out the Night at the Museum: Kahmunrah Rises Again trailer and poster below:

“When the sun goes down. Nick Daley’s summer gig as night watchman at the museum is a challenging job for a high school student, but he is following in his father’s footsteps and is determined not to let him down,” reads the official synopsis for the film. “Luckily, he is familiar with the museum’s ancient tablet that brings everything to life when the sun goes down and is happy to see his old friends, including Jedediah, Octavius, and Sacagawea, when he arrives. But when the maniacal ruler Kahmunrah escapes with plans to unlock the Egyptian underworld and free its Army of the Dead, it is up to Nick to stop the demented overlord and save the museum once and for all.”

Night at the Museum: Kahmunrah Rises Again is set to release exclusively on December 9, 2022. 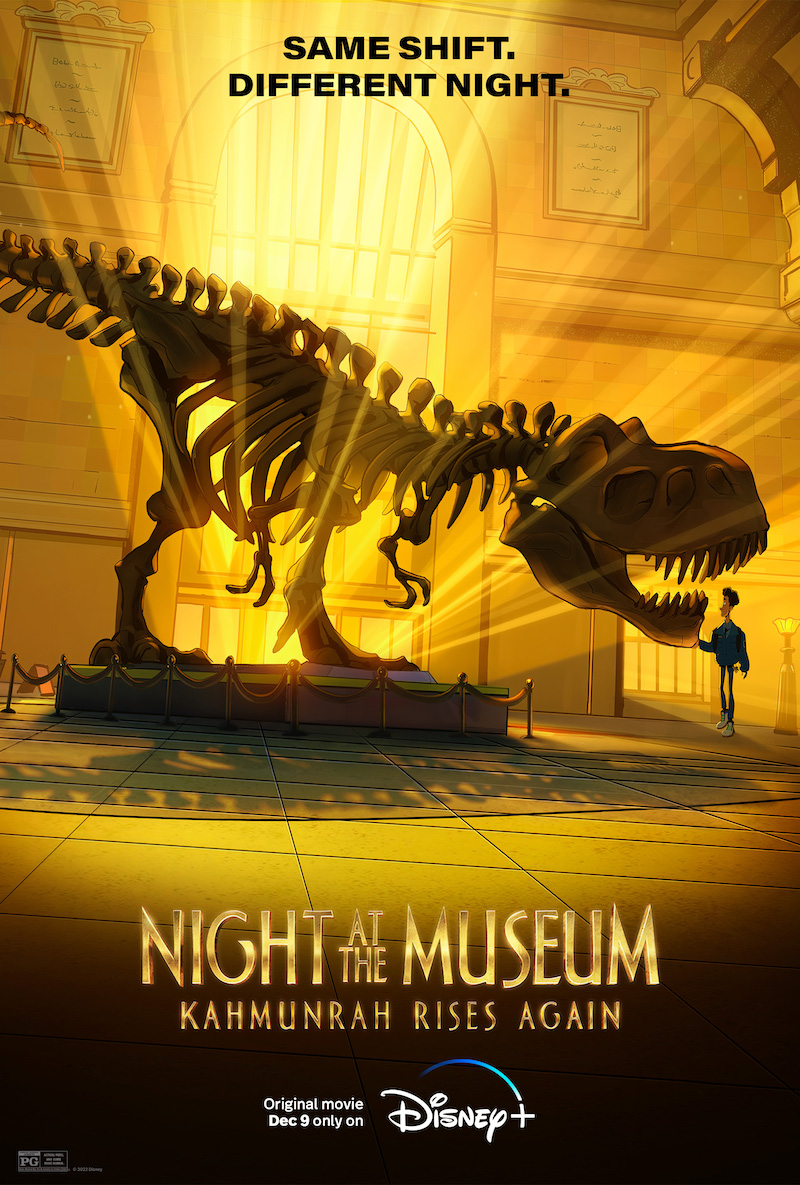 The first animated film in the Night at the Museum franchise is finally premiering on Disney+. On Friday, December 9, the…
Movies 2 months ago

One Thousand and One Nights Movie in the Works at Disney

According to Deadline, Walt Disney Pictures is currently in the process of developing a live-action film adaptation of One Thousand…
Movies 4 months ago