ComingSoon.net has an exclusive clip from the new thriller The Sinners, the debut feature from director/writer Courtney Paige available now On Demand from Brainstorm Media. You can check out the clip now in the player below and rent or buy your copy of the movie here!

Seven schoolgirls, part of a clique dubbed The Sinners, become the lethal target of an unknown killer after a harmless prank goes horribly wrong.

The movie is described as a whodunnit, a blend of The Craft meets Se7en, centering on a murder mystery about seven girls from a religious town that start a cult where they embody the seven deadly sins.

The movie was directed by The Arrangement’s Courtney Paige who co-wrote the screenplay along with Erin Hazlehurst (Dragged Home, 9 Questions, The House That Sterling Built) and Madison Smith, who has starred in The Order, NarcoLeap, and Salvation. Siena Oberman and Hannah Griffiths produced. 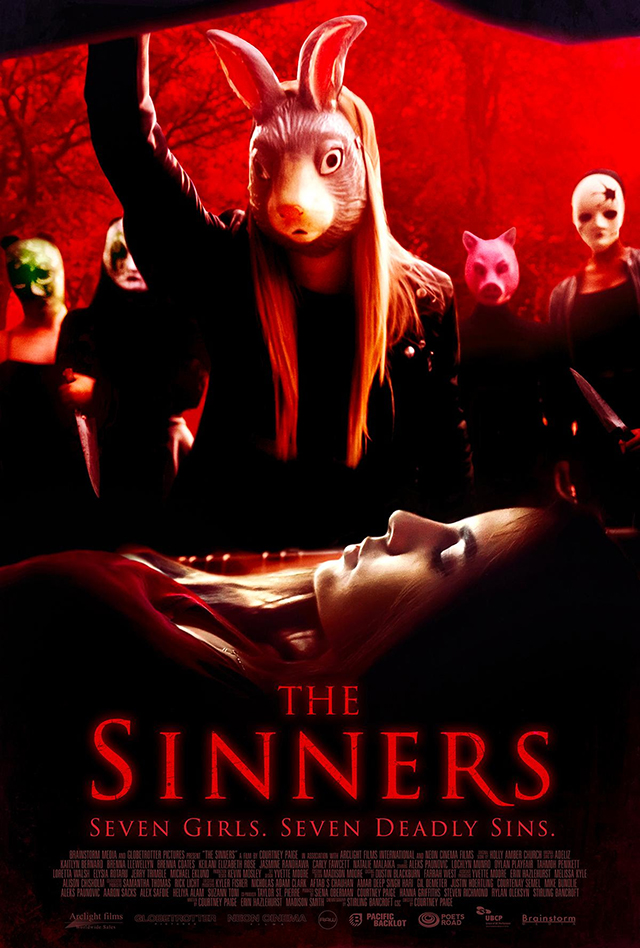 Insomniac Games is still working on Spider-Man 2, but that’s only the first of two announced Marvel games it is…
Games 15 mins ago

ComingSoon is excited to debut an exclusive clip from Blank, the upcoming sci-fi thriller directed by Natalie Kennedy. The film is set…
Movies 5 months ago

ComingSoon has an exclusive clip to share from Take The Night, which is written and directed by Seth McTigue. The film…
Movies 7 months ago

ComingSoon is excited to debut an exclusive clip from Neon Lights, the upcoming horror/thriller from director Rouzbeh Heydari and writer Dana…
Movies 7 months ago

ComingSoon is debuting an exclusive clip from the upcoming horror thriller Incarnation, featuring Taye Diggs (House on Haunted Hill) and…
Movies 12 months ago