Saban Films has released the official Cosmic Sin trailer for the upcoming sci-fi action movie starring Golden Globe winner Bruce Willis (Moonlighting, Die Hard, Pulp Fiction) and Frank Grillo (The Grey, Purge: Anarchy, Captain America: The Winter Soldier). Opening in theaters, On Demand, and On Digital on Friday, March 12, you can check out the trailer for the movie now in the player below along with the full poster!

Willis and Grillo star in the new epic sci-fi adventure set in the year 2524, four hundred years after humans started colonizing the outer planets. Retired Military General James Ford (Willis) is called back into service after soldiers on a remote planet are attacked by a hostile alien fleet. The threat against the human race escalates into an inevitable interstellar war. General Ford teams up with General Eron Ryle (Grillo) and a team of elite soldiers in a race to stop the imminent attack before it is too late.

Cosmic Sin is directed by Edward Drake who co-wrote the screenplay along with Corey Large. 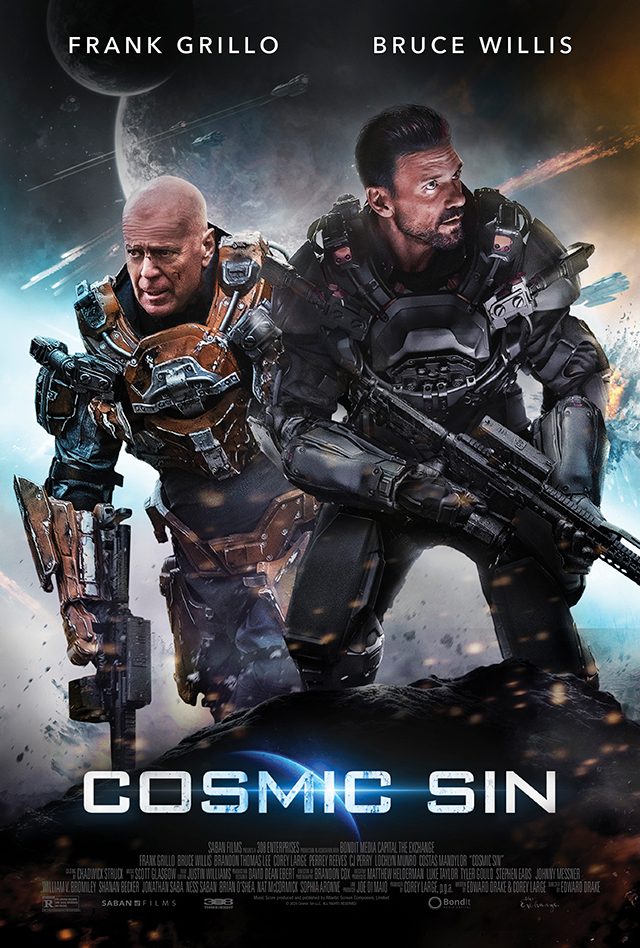 The Fast & Furious franchise is celebrating its history during the lead-up to the debut of the Fast X trailer,…
Movies 13 hours ago

The Super Mario Bros. Movie is only about two months away from its April 7 release, and Nintendo and Illumination…
Movies 13 hours ago

A couple of days after announcing the DC Universe’s Chapter One slate, DC Studios Co-CEO James Gunn has given further…
Movies 13 hours ago

The third episode of the ComingSoon Podcast is now live. This is a podcast series from ComingSoon that delves into the latest…
Movies 14 hours ago

Ant-Man and the Wasp: Quantumania is set to receive a tie-in book, which brings Scott Lang’s story as Ant-Man into…
Movies 18 hours ago

ComingSoon is excited to debut an exclusive clip from Paradise City, the upcoming action movie that stars Bruce Willis and…
Movies 3 months ago

The futuristic action-thriller Apex starring Bruce Willis is out now on Blu-ray, digital, and DVD. ComingSoon has three Blu-ray copies to give…
Movies 12 months ago

ComingSoon is excited to debut the A Day to Die trailer. The action film stars Bruce Willis (Die Hard, The Sixth…
Movies 1 year ago