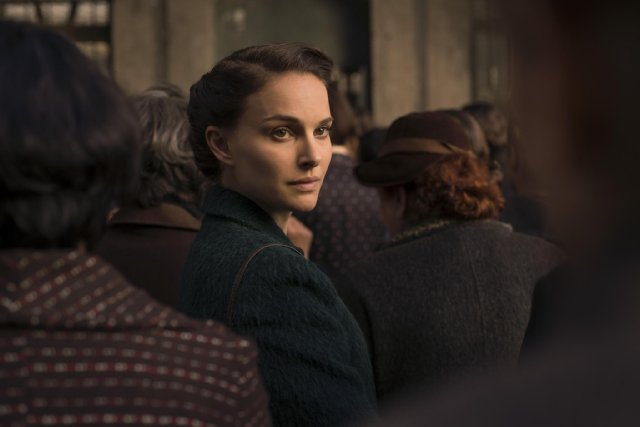 A Tale of Love and Darkness is based on the acclaimed and award-winning memoir of the same name by Amos Oz, one of Israel’s most celebrated writers. Portman wrote the screenplay adaptation, and stars in the film with Amir Tessler and Gilad Kahana.

A Tale of Love and Darkness is an intimate family drama set against the backdrop of war-torn Jerusalem just a few years after World War II. The story is told through the eyes of a young boy whose coming-of-age is shaped by a devastating family tragedy, and by a turbulent and changing world as the state of Israel is born.

The feature was produced by Ram Bergman and David Mandil; and executive-produced by Nicolas Chartier, whose Voltage Pictures was a financier on the film, and Allison Shearmur. The film world-premiered at the 2015 Cannes International Film Festival.

The deal was negotiated by Anjay Nagpal, SVP of Focus World, with Beth Lemberger, Focus Features’ EVP of Business Affairs, on behalf of Focus; and by CAA on behalf of the filmmakers.

“’A Tale of Love and Darkness’ has been my passion for almost a decade now since I read Amos Oz’s masterful book and knew I wanted to adapt it into a film,” said Portman. “I’m so proud, and feel so lucky, that the film we made will be distributed by Focus World. It is a great honor to have their brand of thoughtful distribution delivering the film into the world.”

Nagpal said, “A true labor of love for Natalie Portman, ‘A Tale of Love and Darkness’ will resonate with audiences as a moving story about personal and world history intertwining.”

Chartier added, “Voltage is incredibly proud to have been part of Natalie’s directorial debut and is extremely excited that Focus World will be bringing this great film to U.S. audiences.”

If you love Disney or have ever felt like a princess, you’ve probably wondered what a magical wedding would be…
TV 3 months ago

Now that the movie has ended its theatrical run, the Thor: Love and Thunder Blu-ray release is approaching. In a few…
Movies 5 months ago

Where would rank Love and Thunder?
Movies 7 months ago

Taika Waititi Reveals Why So Many Thor: Love and Thunder Scenes Were Cut

The recently released Thor: Love and Thunder has a ton of deleted scenes that were left out of the full…
Movies 7 months ago