With this week finally seeing the arrival of the bloody and hilarious ’90s throwback, Waxwork Records has unveiled a vinyl soundtrack edition of the Canadian sci-fi horror comedy PG: Psycho Goreman featuring the original music composed by Canadian trio Blitz//Berlin!

Written and directed by Steven Kostanski, the film tells the story of a young sister and brother who unwittingly resurrect an ancient extraterrestrial overlord. The movie taps into late 80’s and early 90’s nostalgia by combining kid-friendly adventures and over the top practical effects. Goreman cleverly blends the horror and fantasy genres with a healthy dose of neon soaked visuals. The film is incredibly unique while remaining familiar with comparisons being drawn from such classics as Terminator 2: Judgement Day, The Gate, the 1990’s live action Teenage Mutant Ninja Turtles films, Power Rangers and Masters of the Universe.

Siblings Mimi (Nita-Josee Hanna) and Luke (Owen Myer) couldn’t be any closer. They spend nearly every waking moment together, getting muddy and playing their made-up game “Crazy Ball”. It probably helps that Mimi is bossy and domineering. The fearless tomboy steamrolls just about every family member with her assertive personality, especially dad, Greg (Astron-6 member Adam Brooks). During a particularly grueling game of Crazy Ball in the backyard, the siblings uncover a strange gem that awakens an evil intergalactic conqueror. The being, which the siblings dub PG: Psycho Goreman, is eager to assemble his former team of evildoers and continue their path of destruction, while the benevolent rulers that locked him away in the first place race to stop him once and for all.

Blitz//Berlin is a Canadian trio of composers based in Los Angeles, California. Born and raised in Victoria BC, high school friends Martin Macphail, Dean Rode, and Tristan Tarr began their film composing career in Toronto, Canada in 2014. The group relocated to Los Angeles, California in 2018. They have composed the scores for the feature films The Void and Still/Born. Additionally, their trailer work includes Fifty Shades Darker, The Girl in the Spider’s Web, and Bird Box.

The soundtrack, which retails for $27, is now available for pre-order on the Waxwork Records official site! 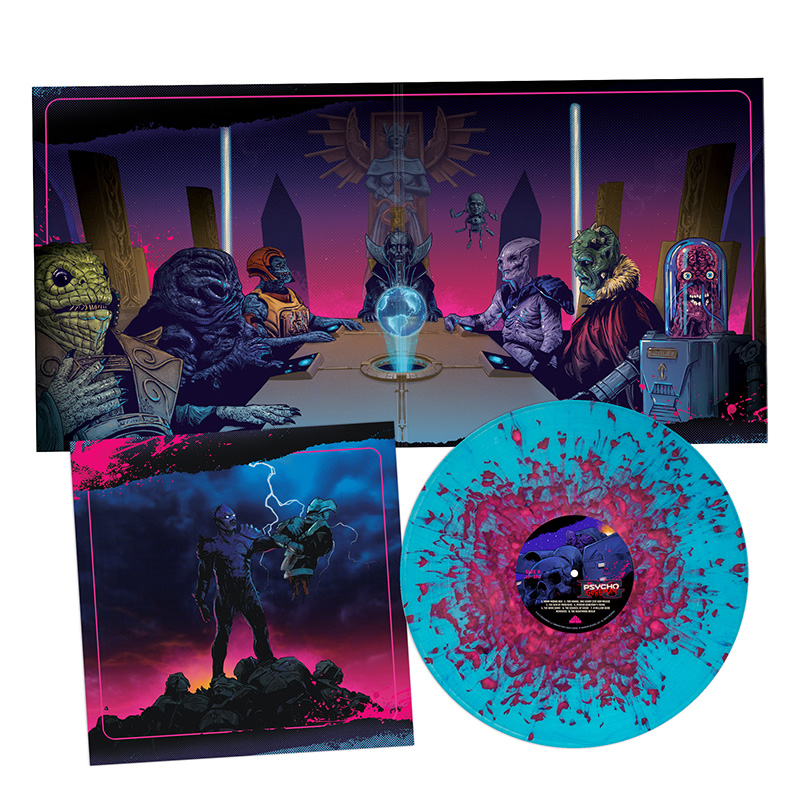 James Cameron’s Avatar: The Way of Water continued its box office reign, accounting for $15.7 million (-22%) to bring its…
Movies 15 hours ago

Hollywood is once again in mourning as Annie Wersching has passed away. Best known for her television roles, such as…
TV 16 hours ago

Exclusive PG: Psycho Goreman Clip – Welcome Back to the Land of the Living

The Shudder Exclusive will premiere on May 20.
Movies 2 years ago

The special pressing of the soundtrack for Rob Zombie's 2013 chiller goes on sale this Friday!
Movies 2 years ago

The vinyl is set to be available to pre-order on Friday!
Movies 2 years ago