Peacock has shared a new Mr. Mercedes video with author Stephen King taking viewers behind-the-scenes of the crime-thriller drama series based on his bestselling Bill Hodges novel trilogy. Seasons 1 and 2 of the series are available to stream now on Peacock. You can check out the featurette now in the player below!

Mr. Mercedes follows a retired detective who is tormented by a serial killer (Brady Hartsfield, aka Mr. Mercedes) through a series of letters and e-mails, causing him to set out on a dangerous and potentially felonious crusade to protect his loved ones and himself.

RELATED: Saved by the Bell Premiering on Peacock This November

Mr. Mercedes originally aired on AT&T’s Audience Network and was then acquired by Peacock. Despite the show moving to a new home, details about its future or potential renewal have not been announced. The crime-thriller series’ latest and third season concluded its 10-episode run last November 2019. 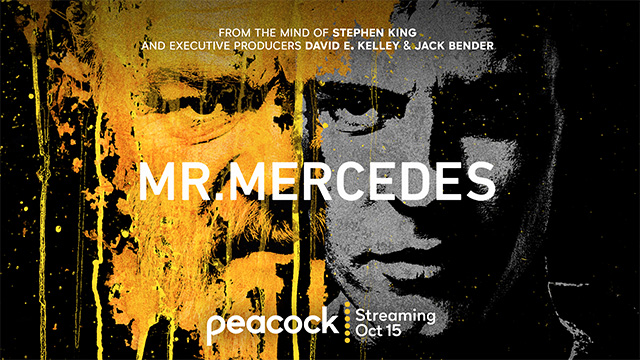 Evangeline Lilly has been a mainstay in the Marvel Cinematic Universe, but now, she thinks it’s time for The Wasp…
Movies 7 mins ago

Netflix has released the official trailer for Mr. Harrigan’s Phone, Blumhouse’s upcoming film adaptation of Stephen King’s novella of the…
Movies 5 months ago

EPIX has confirmed that the second season of Donald De Line’s horror drama Chapelwaite is officially in development. This comes after three…
TV 1 year ago

Peacock has dropped a brand new Bel-Air teaser for the forthcoming modern reimagining of the classic Will Smith-led ’90s sitcom, which…
TV 1 year ago

Peacock has dropped the first teaser for the upcoming limited series titled Joe vs Carole, centering around the rivalry between…
TV 1 year ago