Dragon Age: Absolution, which was announced in June, is scheduled to hit Netflix on December 9 and its newest trailer has finally given viewers insight on its voice cast. Netflix also released some more key art for the animated series to go along with the new footage.

The trailer previews the adventure and some of the drama, violence, and magic viewers can expect in its six half-hour episodes.

Netflix revealed only eight of its cast members, many of whom are prevalent actors in video games and animation. The cast is:

The new key art pictured below also shows some of these characters, too. 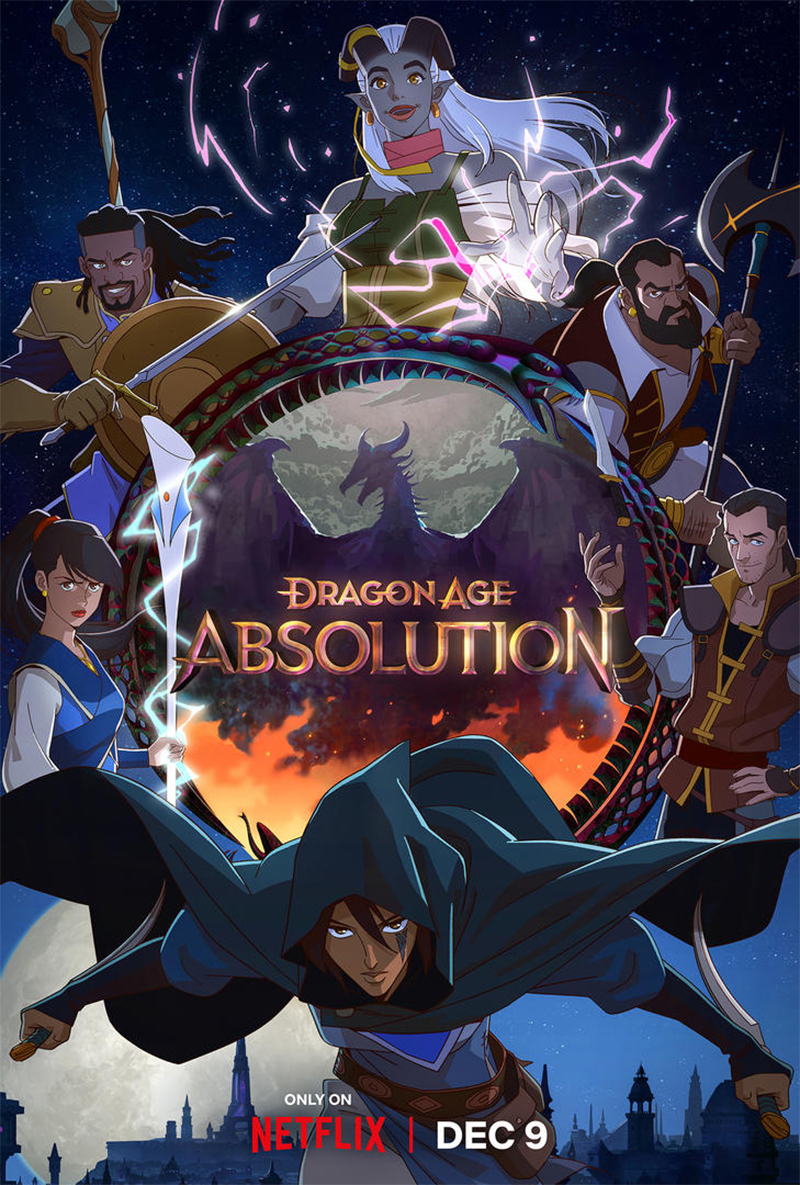 Red Dog Culture House, most known for The Witcher: Nightmare of the Wolf, is developing the series alongside BioWare, the studio behind the game series. Mairghread Scott is writing, executive producing, and acting as the showrunner. Chris Bain, Matthew Goldman, and John Epler are also executive producers. Mae Catt and Tim Sheridan are also writing the show, while Ki Yong Bae is directing.

How to Watch Dragon Age: Absolution on Netflix

Netflix has released the official trailer for the upcoming second season of the animated martial arts comedy Kung Fu Panda:…
TV 2 months ago

Sony recently announced that it had a Horizon series in the works at Netflix, but it did not go into…
TV 7 months ago