Ms. Marvel’s Finale Is What the Whole Series Should Have Been

The last episode of Ms. Marvel capped off the series in a delightfully small-scale fashion, shrugging off the previous week’s awkward, more grandiose storytelling for a more personal battle between Kamala and the Department of Damage Control. This is where Ms. Marvel has thrived since the beginning, and where it should have spent the whole season.

Kamala Khan was instantly relatable right from the jump. Her love of the Avengers and relationships with her friends and family felt realistic; her struggles were closer to Peter Parker’s than Tony Stark’s. This has always been the optimal angle for Ms. Marvel stories to take, as it provides a window into the Marvel world from the perspective of an average fan.

So when the series started to elaborate on the powerful and grand backstory behind Kamala’s powers, it lost a bit of its sheen and, subsequently, its relatability. It’s like delving into the spider that bites Peter Parker; it’s not always the sweeping story of how these younger protagonists become extraordinary that’s interesting, it’s what they do with their newfound talents and responsibilities that is more compelling. How is their social life affected? How do they lead a double life while juggling superhero work and more grounded, teen-specific issues at the same time? These are the elements that Kamala and Peter are able to more honestly investigate and it’s what makes them stick out.

Kamala’s family trip to Pakistan signaled that it was ditching that more intimate storytelling in order to gin up some major, world-altering stakes. While her adventure was initially somewhat grounded, Kamala was quickly swept up by a major secret organization. It’s not always bad to ratchet up the stakes and action, but they should take advantage of her unique position to explore more personal stories while they can. Many other heroes can tackle such grandiose menaces, but that’s not why Kamala is so appealing. 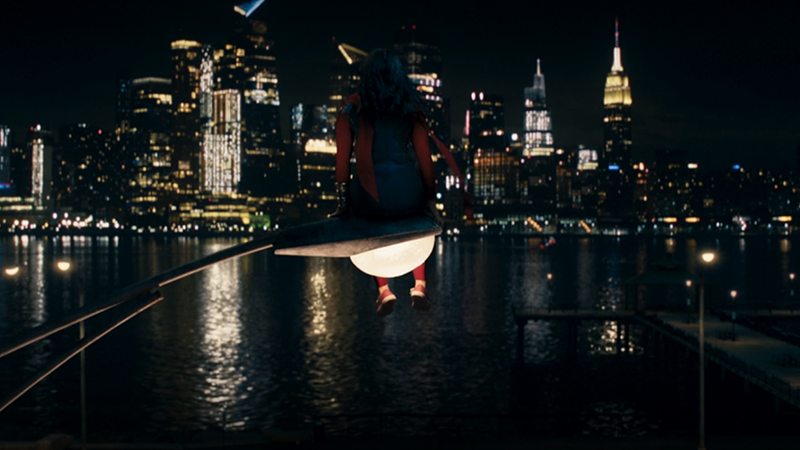 Ramping up to these kinds of threats in this situation at least needs some sort of buildup. Peter Parker had to fight his homecoming date’s dad and a psychotic effects guy while on vacation for his first solo adventures and then went on to have a multiversal mishap. While Ms. Marvel didn’t go straight to a Thanos-level crisis, the series mostly jumped over the more local issues and ones related to being an unpopular high school student. The finale of Ms. Marvel started remembering that Kamala is still a “friendly neighborhood” kind of hero and getting her back on the ramp that will probably eventually lead to her joining the Young Avengers or fighting Kang the Conqueror.

Kamala’s ultimate enemy wasn’t the djinn, but the Department of Damage Control. They weren’t after her powers or otherworldly teleportation – they wanted to capture a young metahuman who they thought was dangerous, a goal that targeted and disrespected her friends and family along the way, too. Kamala, having gained a handle on her powers, tried to stop Damage Control from taking her friend while minimalizing collateral damage before being shielded by the very community she is a part of. No amount of force, prejudice, or government oversight can overcome the connections she’s made in her own neighborhood and having them defend her after she helped them is a fitting and succinct way to convey the symbiotic relationship the show should have focused on more. This is the ultimate sign of her (and the show’s) greatest strength – a focus on stakes that are comparatively small in scale, but major to the protagonist.

Ms. Marvel should have been centered more around Kamala’s early superhero days in New Jersey, especially after the end of the series served as such a solid reminder of how great these smaller stories can be. While Kamala’s future will probably be a bit more grand, given her role in The Marvels and the shocking revelation about her DNA from the end of the finale, Marvel Studios needs to lets Kamala be a teen as much as she’s a superhero before she becomes a pillar of the MCU.

Not too much is known about the upcoming sequel to Ridley Scott’s Gladiator, but according to star Russell Crowe in…
Movies 7 hours ago