In the previous episode of Cartoon Network’s Rick and Morty, Rick, Morty, and Summer encountered face-hugging aliens. In Rick and Morty Season 4 Episode 8, Morty criticized a vat of acid plan to manipulate Rick into inventing a save-point device.

The Vat of Acid

Rick brought Morty to a crystal exchange with a mob boss and his three goons. When the boss betrayed them, Rick shot one of the goons and pulled Morty into a fake vat of acid that he’d planted. Things went awry when the boss couldn’t move on from the vat, and Morty, fed up with being in the vat, instigated a shootout, killing the boss and the rest of the goons. 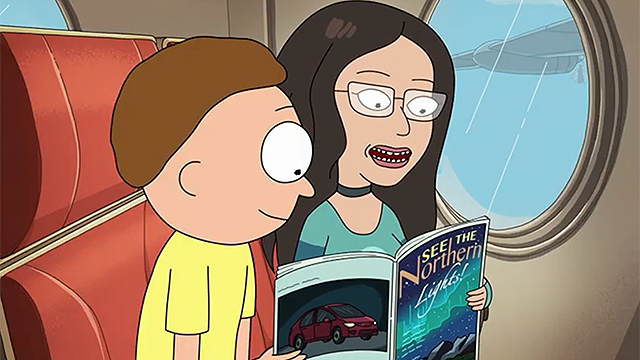 Rick and Morty argued over the vat of acid gambit. Morty felt that Rick was losing his touch and brought up his idea of a save-point device that would allow him to try things out and go back to a previous save-point. Rick angrily went to work and came up with an invention that Morty happily used.

Though things started small, like harmless pranks, Morty’s actions escalated. However, after creating a save-point before meeting a girl he fell in love with, Morty stopped using it. He got them flights to see the Northern Lights, but the plane went down. The survivors were dying so Morty left to find the tail end of the plane. It contained his bag containing the save-point remote and his phone. They were rescued without Morty using the save-point device. However, Jerry accidentally activated it and lost Morty’s relationship. 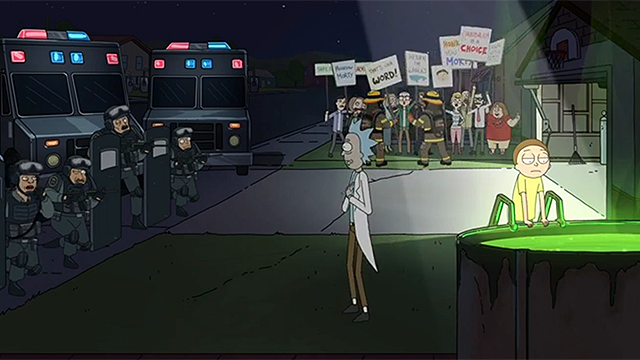 Morty went back to Rick and admitted the save-points weren’t a good idea. Rick showed Morty that, since he didn’t believe in time travel, he had been killing off all the Morties in different dimensions and overlaying them to give the illusion of no consequences. Horrified, Morty asked for a way to save the other Morties, and Rick told him that he’d have to live with the consequences of his actions. Morty agreed and became faced with everyone who he’d angered. Fortunately, Rick had a fake vat of acid set up for him. Morty took his lumps and jumped in. However, he accidentally made a S.W.A.T. officer believe he was impervious to acid.

Marvel Studios has released a new behind-the-scenes video taking a look at how the Black Panther: Wakanda Forever underwater sequences…
Movies 23 mins ago

The Rick and Morty Season 6 finale is finally here. The time-and-space-traveler titular duo is about to go on their last adventure…
TV 2 months ago

The official release of Rick and Morty Season 6 Episode 9 is almost here. The crazy titular duo is back for the…
TV 2 months ago