In the previous episode of HBO’s Game of Thrones, the characters at Winterfell prepared for the battle against the Army of the Dead. In Game of Thrones Season 8 Episode 3, the Night King arrived with his Army and went after Bran.

As the Army approached Winterfell, Melisandre arrived just in time to set the Dothraki arakhs ablaze. But as they rode into the horde, the Dothraki’s lights went out too quickly. Daenerys took to the skies, and Jon followed, going against the plan. As the dead fought through the Unsullied and the troops under Brienne’s command, Edd died after saving Sam. The living soldiers retreated into Winterfell, but Daenerys on Drogon couldn’t see the signal to light the trench. Melisandre used her magic to ignite it, but the Army of the Dead made it through.

They scaled the walls, and a wight giant made its way onto the grounds, knocking Lyanna Mormont over. She rushed it, and as the giant picked her up and crushed her, she took it down with a stab in the eye. 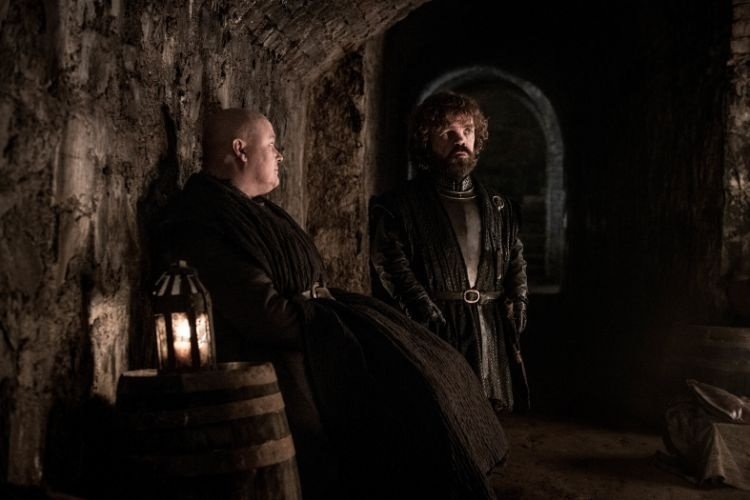 Arya fought expertly on the wall, but the horde overtook her after a blow to the head. She made her way into the halls of Winterfell, but the dead were in there with her. Beric and the Hound went after her, and Beric saved Arya and endured a flurry of stabs, which killed him. They barricaded themselves in a room that Melisandre happened to be in. She pointed out that the Lord of Light kept bringing Beric back for a purpose, which was now fulfilled. Melisandre reminded Arya of what we say to death, and Arya left with a purpose. 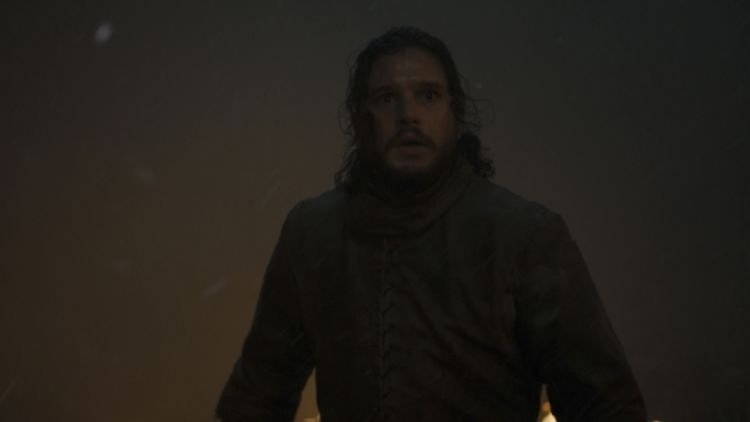 Finally, the Night King showed his face, but a blast of dragon fire did nothing to him. Jon, who had been knocked to the ground during a dragon fight, went after him, but the Night King rose his hands. The newly dead around him join his army, and the Night King went inside. Down in the crypts, where those unable to fight were staying, proved to be dangerous as the dead Starks resting there also rose and attacked.

Viserion wreaked havoc on Winterfell with his blue fire, as Jon fought his way through. Meanwhile, the horde attacked Drogon, and Daenerys fell to the ground without a weapon. Jorah protected her, and he and Daenerys fought the dead outside of Winterfell.

Out of nowhere, Arya rushed the Night King. He stopped her hand, and Arya dropped the dagger. She caught it with her other hand and stabbed the Night King in the heart. The wights fell to the ground, and the white walkers exploded into ice. Viserion was about to end Jon but collapsed just in time. Finally, as the sun began to rise over Winterfell, Melisandre removed her necklace and fell to the ground in death.

What did you think of this epic battle of an episode of Game of Thrones? Let us know in the comment section below!

With the DC Universe currently going through a change, many fans are hoping to see actor Dave Bautista step out…
Movies 19 hours ago

It has been announced that the premium tier of Paramount+ and Showtime will be merging and rebranding later this year.…
TV 20 hours ago

With the DC Universe currently going through a change, many fans are hoping to see actor Dave Bautista step out…
Movies 19 hours ago

The fifth and sixth floors are released. Maple Tree explores the two floors and defeats the bosses. Here are the…
Anime 1 week ago

While not too much is known about the rumored sequel series to Game of Thrones starring Jon Snow, actor Kit…
TV 2 months ago

Reigen and the students make it to the top of the mountain. They successfully summon some UFOs and interact with…
Anime 2 months ago