Strange World Trailer: Explore the Adventures Beyond Our World

“Inspired by classic adventure stories,” director Don Hall said in a statement, “Strange World is an original animated adventure/comedy about three generations of the Clade family who overcome their differences while exploring a strange, wondrous and oftentimes hostile world.”

The video features Searcher Clade as he and his family embark on a one of a kind adventure in an attempt to save the world. It also highlights the reunion between Searcher and his long-lost father, who’s a renowned explorer.

The original action-adventure film is described as a nod to pulp magazines—popular fiction from the first half of the 20th century that was printed on inexpensive wood pulp paper. The film features the voices of Jake Gyllenhaal, Jaboukie Young-White, Dennis Quaid, Gabrielle Union, and Lucy Liu.

“The film journeys deep into a world where fantastical creatures await the legendary Clades, a family of explorers as they attempt to navigate an uncharted, treacherous land alongside a motley crew that includes a mischievous blob, a three-legged dog and a slew of ravenous creatures.” reads the synopsis.

Strange World is co-directed by Don Hall (Big Hero 6) and Qui Nguyen, who previously collaborated on last year’s Raya and the Last Dragon. It is being produced by Roy Conli (Tangled). 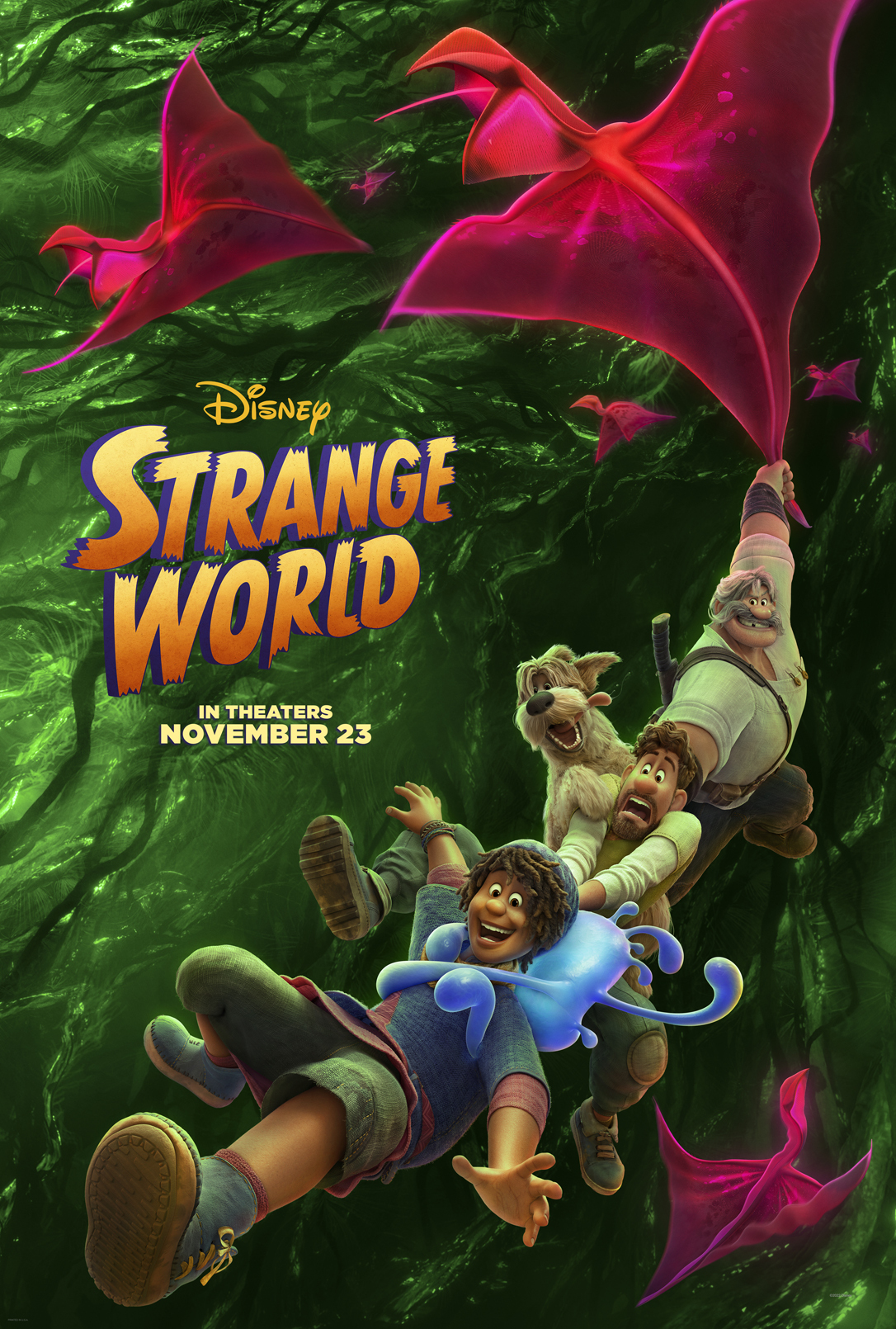 Strange World will soon be available on the digital and domestic markets. The latest Disney Animation release will hit all…
Movies 1 month ago

Less than a month after the theatrical release of Strange World, Walt Disney Animation Studios has announced the Disney+ release…
Movies 2 months ago

Strange World Clip: The Clade Family Gets Hilariously Locked In

Walt Disney Animation Studios has released a Strange World featurette for its upcoming animated fantasy comedy, which features the voices of…
Movies 3 months ago