Exclusive: Him & Her Trailer Starring Callan McAuliffe and Cristina Spruell

ComingSoon is excited to debut the exclusive trailer for the romance drama Him & Her, starring The Walking Dead’s Callan McAuliffe and Cristina Spruell (Sharp Objects). The film recently premiered at the Newport Beach Film Festival and will open in select theaters on December 3.

“Inspired by true events in 1989, two strangers, a young woman in Detroit and a young man in Chicago, connect when their phone lines unexpectedly cross,” reads the official synopsis. “Rather than hanging up, something sparks them to continue the conversation. Both are searching for meaning and answers in their own lives; they forge a connection that gives them each the will to transform what’s been haunting them. With their lives going in different directions and long distance an obstacle to a lasting commitment, they decide to meet in an unusual way for one day. The fleeting encounter will change their lives forever.”

Check out the exclusive Him & Her trailer below:

During the making of the feature, the two lead stars “never met each other during the filming after an arduous process of keeping them apart for authenticity,” which includes a lovemaking scene where both actors kept their eyes firmly closed. They apparently met for the first time at the world premiere screening. 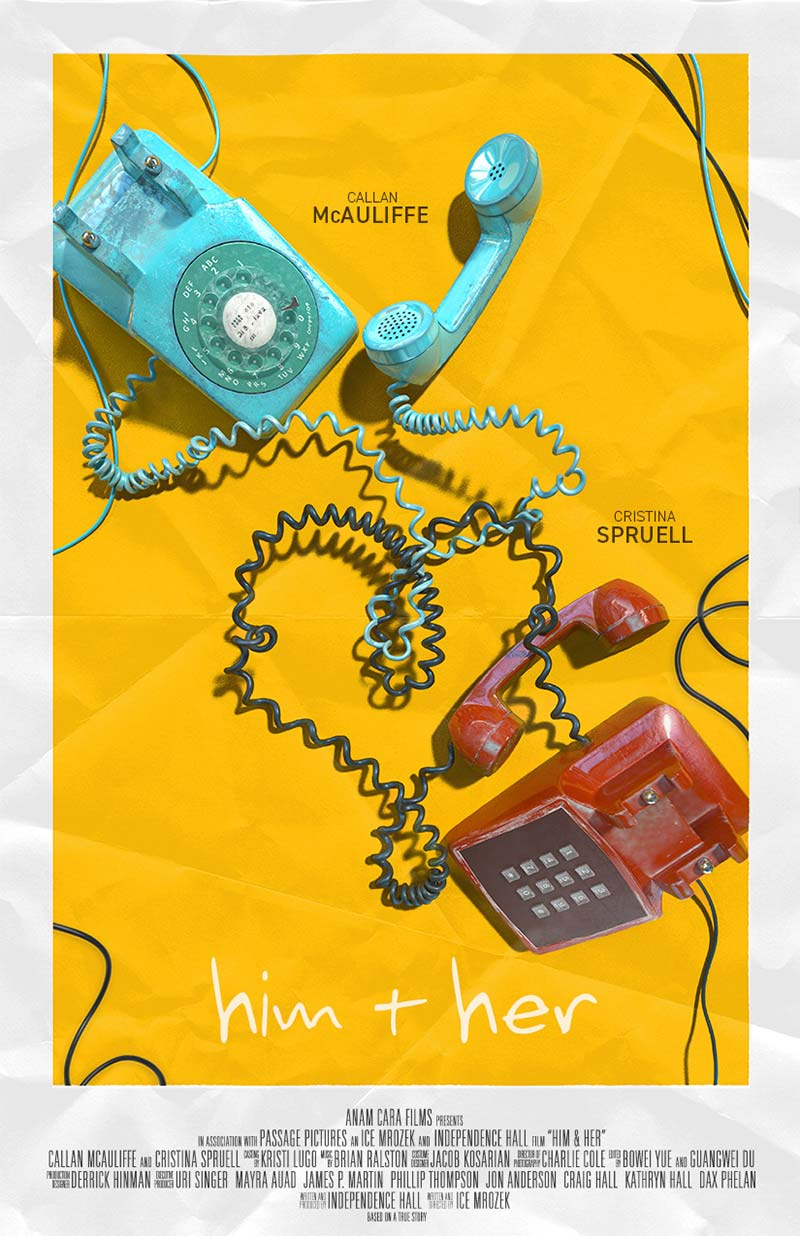 ComingSoon is debuting the exclusive trailer for the romance drama I’ll Find You, starring Adelaide Clemens (Rectify, The Great Gatsby,…
Movies 1 year ago

ComingSoon is debuting an exclusive clip from the drama My Fiona, Kelly Walker’s feature directorial debut. The movie will arrive…
Movies 1 year ago