ComingSoon is excited to debut a clip from Saban/Lionsgate’s A Gift From Bob. The upcoming Christmas film will release in theaters on November 5 and then on demand, digital, and DVD on November 9.

Directed by Charles Martin Smith, the film stars Luke Treadaway, Kristina Tonteri-Young, and the late Bob, an adorable cat that plays himself. It’s the sequel to 2016’s A Street Cat Named Bob.

“Christmas gifts come in all shapes and sizes. For James (Luke Treadaway), a struggling street musician, a very special one arrives in the form of Bob, a strong-willed stray cat who wanders into James’s tiny flat,” says the official synopsis. “Bob enriches James’s life, giving him companionship, purpose, and a large, new audience. When Animal Welfare officers threaten to take Bob, the local community rallies to help James and Bob — sparking a journey that takes the pair to places they never imagined in this heartwarming, spirit-lifting movie for the whole family.”

Check out the A Gift From Bob clip below:

The film is written by Garry Jenkins and is based on the books A Gift From Bob and The Little Book of Bob by James Bowen. It runs 92 minutes long and is not rated. 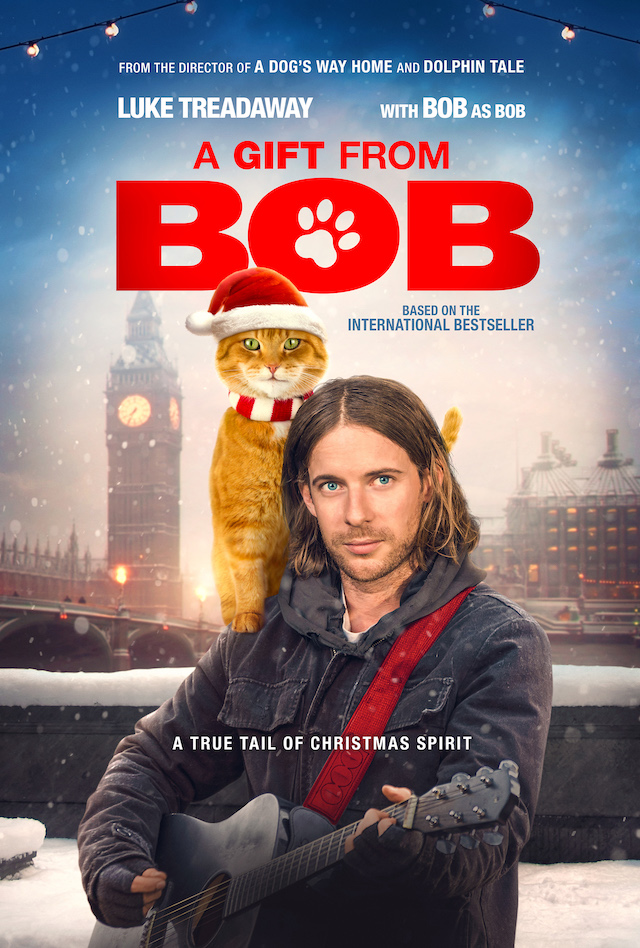 During the unveiling of the future of the DC Universe slate, co-CEO of DC Studios Peter Safran commented on the…
Movies 14 hours ago

Part 2 focuses on books, either television or movie-related!
Extras 2 years ago

Part 1 focuses on movies and TV series on 4K, Blu-ray and DVD, many with Digital copies as well!
Movies 2 years ago