In 2022, filmmakers decided it was time to make something personal and semi-autobiographical. James Gray made Armageddon Time, Alejandro G. Iñarritu made Bardo, False Chronicle of a Handful of Truths, and Sam Mendes is coming out with Empire of Light later this year. But one of the most personal, riveting films of the year comes in the form of Steven Spielberg’s The Fabelmans. This is a coming-of-age drama about young Sammy Fabelman (Gabriel LaBelle), who aspires to be a filmmaker while growing up in a dysfunctional family. Spielberg’s first writing credit in over 20 years proves to be a charming delight, showcasing a semi-autobiographic tale in a beautiful fashion.

Hot off the heels of their successful West Side Story adaptation last year, Spielberg and writer Tony Kushner team up to tell a story based on Spielberg’s adolescence through a fictional lens. Mitzi (Michelle Williams) and Burt Fabelman (Paul Dano) take their son to the cinema to catch a screening of The Greatest Show on Earth. As Mitzi puts it, “movies are dreams that you never forget.” From the first time Sammy Fabelman watched a motion picture, he knew he wanted to make films. He would film little train sets crashing into each other and watch them over and over again.

There’s something magical about the movies. Using 24 pictures a second to tell a story is an art form unlike any other, and Spielberg is a master of his craft. Nobody could tell his story but him, and he does a phenomenal job with a screenplay filled with details and a directorial voice intricate enough to match. The Fabelmans is sometimes so personal that it feels as if it is trying to balance too many aspects of Spielberg’s life. However, the way the movie manages to remain coherent and investing throughout every bit of this coming-of-age story is remarkable, and it’s told with a trademark Spielbergian flair.

LaBelle does an excellent job with the character, as does Mateo Zoryon Francis-DeFord playing a younger version of Sammy Fabelman. Williams is given a lot of dramatic weight to work with, and she is fantastic. Dano is superb in a much more subdued role from his work earlier this year in The Batman, and Seth Rogen proves once again how talented he is as an actor when he is not playing a variation of himself in a comedy film. This cast works together to create a labor of love that pops off of the screen. 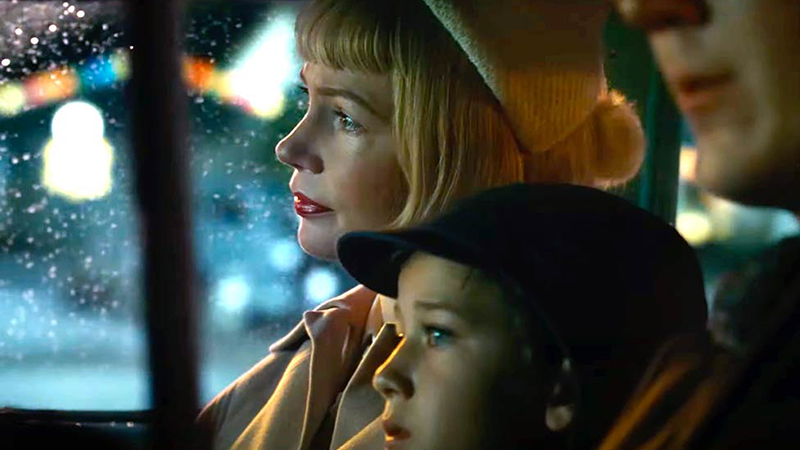 The Fabelmans works so well in its silent moments, using music and visuals instead of dialogue to tell its stories. This story is about the power of film and how Sammy uses it throughout. He uses film to create a narrative and to shape the world in a way that speaks to his lens. This multi-layered dramatic story utilizes cinematic language effectively, showing the different ways in which Sammy uses his gift of filmmaking for different purposes. The movie’s well-written humor and a final shot that will leave you smiling are instrumental to making the whole thing work.

A movie about the power and magic of cinema is the perfect film for Spielberg to make at this point in his career. This is a movie that dares to remind you of the first film you ever watched and then pushes further to make you think about the movie that made you fall in love with movies. From the director who made many of those films, such as Jaws, E.T. the Extraterrestrial, Indiana Jones, Jurassic Park, and now, The Fabelmans, the story of how he got started is a story well worth watching.

Disclosure: The critic attended a press screening for ComingSoon’s The Fabelmans review.

Hercules starring Dwayne Johnson is hitting Paramount+ as part of the January 16-22 schedule. On Saturday, January 21, the streaming…
Movies 2 weeks ago