Last year’s Black Ops: Cold War campaign was a refreshing development for Call of Duty fans and ushered in a promising beginning for the series on current-gen consoles. Not only did it fuse an interesting historical time period with some truly inspired mission designs, but it also included several levels that went far beyond the linear gameplay found in most COD levels. This year’s Call of Duty: Vanguard doesn’t have any Cold War-esque experimental stages, but it continues the series’ trend of creating interesting and unique campaigns.

Sledgehammer Games employs a framing device that sees a special operations task force called Vanguard get captured by Nazis. Lord of the Rings and Lost star Dominic Monaghan gives a surprisingly good German accent as he plays a sadistic Nazi general that interrogates the members one by one, which leads to each of the different campaign missions. This puts every member of the squad in the spotlight and gives them a meaningful backstory that spans four years. These stories wind up fleshing out a bunch of would-be archetypes (a brash talking pilot, the quiet Russian sniper, etc.) into characters that have an actual emotional depth to them as you see how the war has impacted them personally and the damage that the Axis caused.

Having multiple protagonists in a Call of Duty game is nothing new, and the series used to have a penchant for letting players into a new person’s perspective just to watch them die. However, Sledgehammer uses this opportunity to flesh out why each member has the skills to join a special task force and why this mission is personal for them. This also manifests in special abilities that aren’t unlike the perks associated with its competitive multiplayer mode. For example, one character uses his natural leadership to command the rest of his squad to help with battles, while another is able to focus so intently that time slows down. It gives each mission an extra mechanic to play around with, which livens up the constant gunplay beyond the addition of tactical blind fire, and makes sense within the narrative. 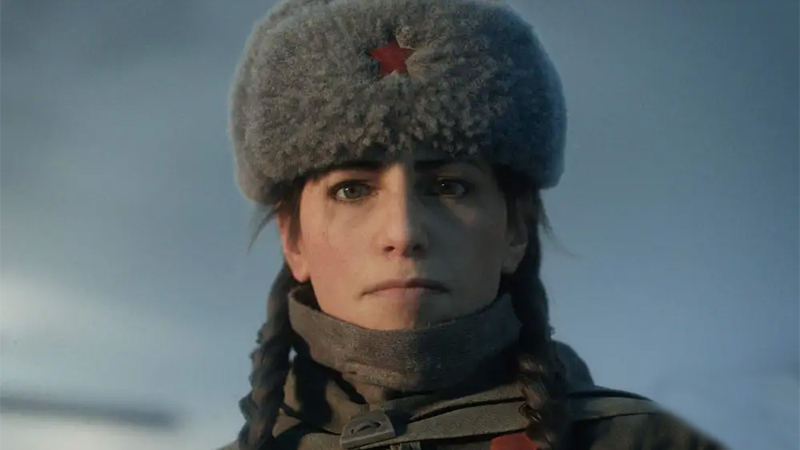 But there is a standout among the cast. Ever since players donned a ghillie suit in Call of Duty 4‘s “All Ghillied Up,” great sniping missions have been synonymous with the franchise so it’s not a surprise that the levels starring Russian sniper Polina Petrova (played wonderfully by Laura Bailey) are a highlight. However, it goes far beyond sneaking around as it introduces some advanced movement as Petrova is able to jump and climb objects as if she’s Lara Croft. This allows for some thrilling set pieces and some even better open areas that serve as great settings for combat encounters.

Vanguard isn’t afraid to give players the space to play within, which makes it stand out when compared to its predecessors. As Petrova, players can crawl through vents and climb to higher ground and the staggering amount of freedom players have during enemy encounters is empowering. Other characters are put in similar situations and it is a solid evolution over the more corridor-focused gameplay of past titles where exploration was only for meaningless collectible hunting and not a tactical necessity.

The best moment in the campaign comes at the climactic end of Petrova’s final mission. Depending on your perspective, you’re either being hunted or doing the hunting — a fascinating flip on the standard Call of Duty fare. Not unlike the horror characters that Activision will throw into Call of Duty: Warzone at random intervals, Petrova is stalking her prey from the shadows in a room filled with mannequins and players are on edge at every instance of movement. It’s a spectacular showdown and one that builds excellent tension throughout. Not every character’s campaign missions hit the same highs, but they all have moments that stand out, making even the most standard of missions rather enjoyable. 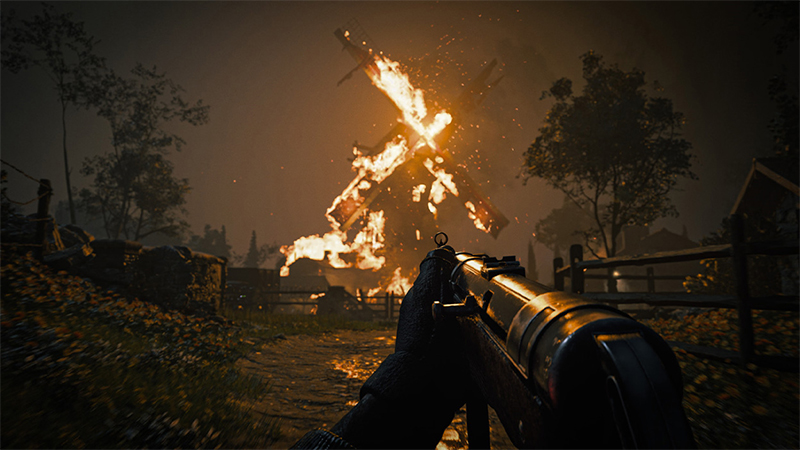 Naturally, the campaign builds to a final level that has the whole gang working together and the player getting to use each of their own unique skills to make the mission a success. This works as a great culmination for the story, but it also highlights that the game could’ve been even more varied throughout had this been implemented throughout. Ultimately, the prior solo missions were the right call as they gave each character the necessary time to make players actually care about them. While it would’ve been interesting to see an additional mission or two with the gang at full force, it makes the final moments all the more memorable seeing everyone shine together for one last hurrah.

The solid implementation of the PlayStation’s DualSense controller is one constant through each part of the campaign that lifts up the whole game. Just like in Cold War, the triggers will resist and kick, meaning that simply firing off guns feels great. The levels go a step further by using the rumble to truly immerse players in the world, from appropriately rumbling from every bump on the train tracks to sharply shaking with every kick of a machine gun. While it’s not fully taken advantage of by other developers, the DualSense remains one of the best reasons to play games in Sony’s ecosystem and Vanguard is another prime example why.

Call of Duty: Vanguard‘s campaign isn’t going to redefine how war stories are told, nor does it reach the highest points of the series’ past triumphs. However, it manages to tell a personal story with a cast of likable characters and stays at a steady, even quality throughout. While excellent DualSense support does its job of subtly immersing the player, it serves a grander experience that brings the player into its world with its likable cast and intimate stories. Its gameplay is similarly engrossing as it uses the typical smooth Call of Duty gunplay and adds a wealth of varied protagonists with their own fresh and unique skills. World War II may be an old war, but Sledgehammer has shown that there are still some ways to keep it feeling somewhat new.

Disclosure: The publisher provided ComingSoon with a PlayStation 5 copy for our Call of Duty: Vanguard review.

The PlayStation Plus Essential February 2023 lineup has been confirmed on the first day of the month. Subscribers will get…
Games 3 days ago

Star Wars Jedi: Survivor is spending a little extra time at a meditation point. Respawn Entertainment announced that the action…
Games 4 days ago