There are certain actors that have an energy all their own. Rather than immersing into a character, they do the opposite—they define the character. The character becomes charged by their undeniable personality. Jeff Goldblum is one of those actors. He is a fascinating character on screen and in the public eye. He is eloquent and confident—yet often breaks up sentences with “ah”s and “uh”s and “um”s. The self-assured stutter he produces is probably why he is so frequently cast as a scientist or academic. He is the nerdiest, lankiest kind of handsome, and has continued to be into his later years.

Even when he occupies a scene for but a moment, he changes the energy of a film. He has an unconventional yet undeniable charm. He has filled all kinds of roles. Small and large—he slips as comfortably into a brief bit part as he does the central character. He’s been in art house films, avant-garde pieces and multi-million dollar blockbusters alike. No matter your particular genre interests, it is likely you are a fan of Jeff Goldblum. He is as easy to like as he is hard not to like. Here is the best of his work in his decades-long, trans-genre career in Hollywood. 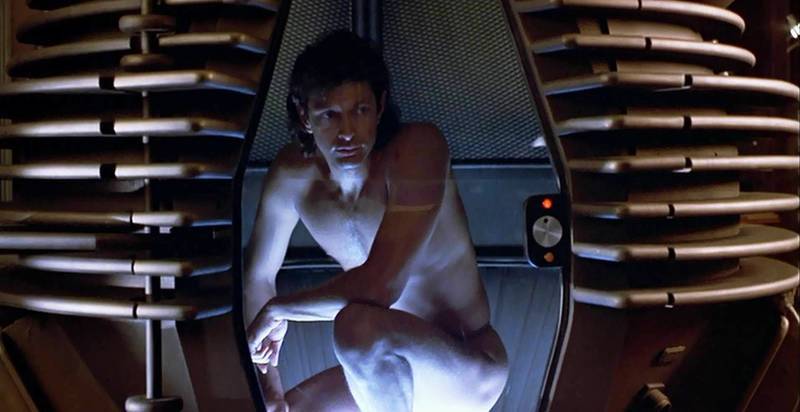 In David Cronenberg’s quintessential body-horror picture, Goldblum plays the central role of Seth Brundle—an unusual scientist working to perfect teleportation. After a number of trials, an otherwise perfect test becomes a nightmare when a fly climbs into the telepod with him and their DNA combines. His performance of a man gradually disassociating from his sense of self while his body fundamentally changes is engrossing and emotionally gutting. 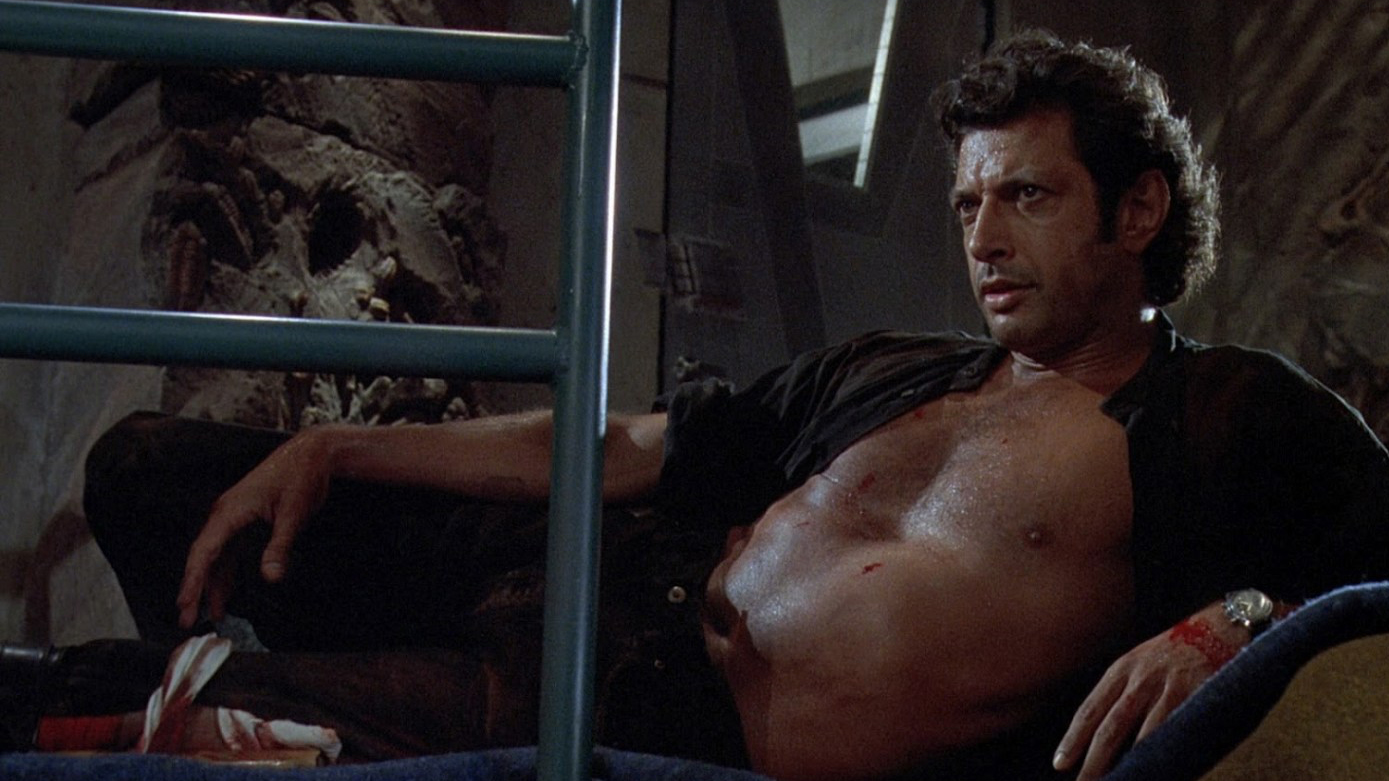 Steven Spielberg’s Jurassic Park is a masterpiece of blockbuster cinema. Goldblum plays chaos theorist Ian Malcolm, who is brought to the island as an advisor by its founder, John Hammond (Richard Attenborough). Malcolm is horrified to discover that Hammond’s team of scientists have genetically resurrected dinosaurs and insists—to no avail—that just because science dictates you can achieve something has no bearing on whether or not you should. His performance as Malcolm is integral; the moral center of the film. 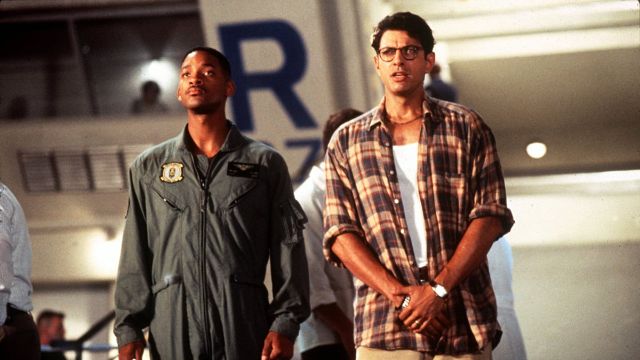 Roland Emmerich’s massive disaster film would be incomplete without Goldblum. He fills the role of satellite technology expert David Levinson. He takes it upon himself to warn the President of a transmission from space he’s decoded, which he believes to be a timer counting down toward an assault on Earth. Unfortunately, his hunch is proven correct. Along with the rest of the survivors of the global attack, he must take up arms and try to find a way defeat the alien intruders. It comes together to be an exciting and surprisingly moving piece.

The Life Aquatic with Steve Zissou (2004) 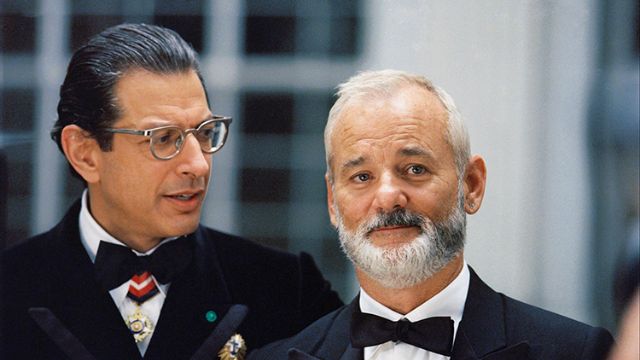 Wes Anderson’s Jacques Cousteau-inspired protagonist Steve Zissou (Bill Murray) is on a warpath for revenge against the jaguar shark that ate his partner. One of the obstacles in his way is Goldblum’s Alistair Hennessy, his nemesis both professionally and personally. He fits the role perfectly, as Goldblum is (in this role and all others) too likable for even Zissou to truly hate—no matter how much he wants to. 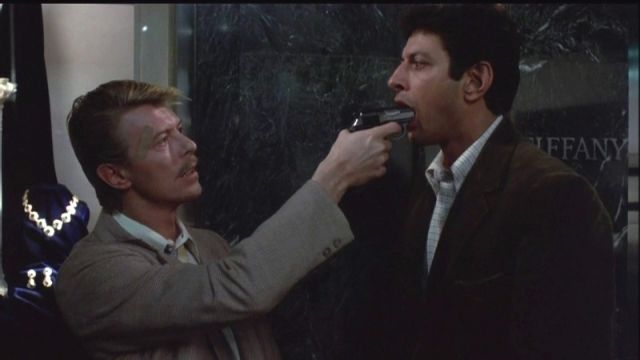 In John Landis’ thriller-comedy Into the Night, Goldblum’s character Ed Okin is depressed upon discovering his wife is cheating on him. To cope, he goes for a drive and becomes the unwitting accomplice to an attractive woman who has something to hide (Michelle Pfeiffer). Soon, a number of interesting characters are on their tail, including a team of Iranians and a hitman played by David Bowie. It remains one of Goldblum’s most enjoyable films to watch. 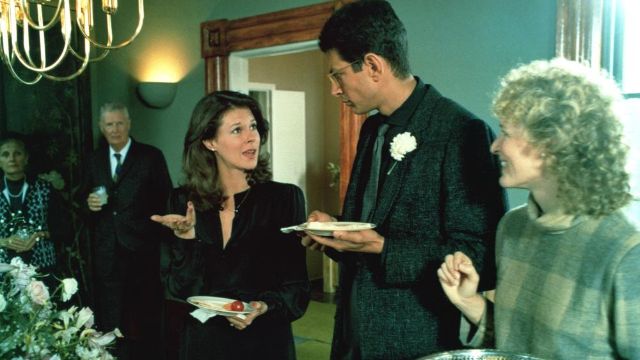 Lawrence Kasdan—writer of Empire Strikes Back and Return of the Jedi—crafts a story of a group of old college friends brought together by the suicide of one of their own. They spend a weekend together in a vacation home. Goldblum plays Michael, a magazine journalist who—while mourning the loss of his friend—is not suffering as greatly from the ennui of adulthood as his peers. There is not much catharsis offered to Michael or any of his friends. There is no life-changing epiphany—but one gets the sense that is sort of the point.

Invasion of the Body Snatchers (1978) 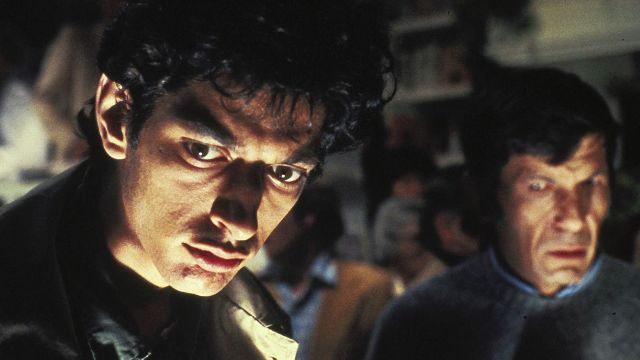 Philip Kaufman’s remake of the 1956 horror film was one of Goldblum first big roles. His character, writer Jack Bellicec is one of a small group of characters who find themselves surrounded by a race of pod-based aliens. These aliens can replicate almost everything about a human—apart from any emotion—and will do so if the person they seek to replace falls asleep. Even now, 40 years later, it is a tense, anxiety-producing film. 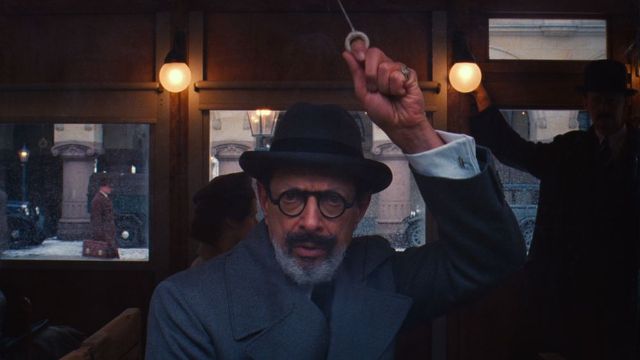 Goldblum plays Deputy Kovacs—a small bit part—in Wes Anderson’s most recent live-action film. The executor of a wealthy old woman’s estate after she’s murdered, Kovacs finds himself in a very precarious situation: in the dangerous—bordering on violent—dispute between her various heirs. He is one of the many brief but important characters who color the world of The Grand Budapest Hotel. 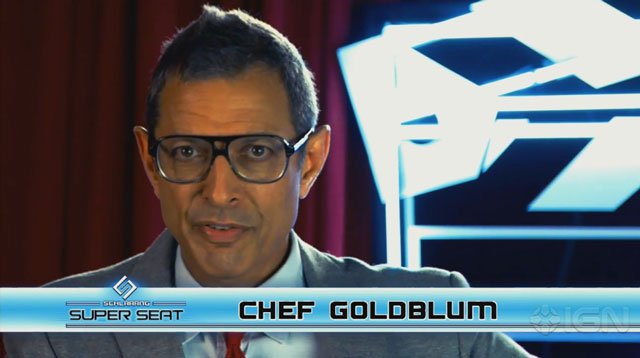 Goldblum is only featured in Tim and Eric’s Billion Dollar Movie for a moment. He introduces the movie as “Chef Goldblum”—infomercial spokesman for a bizarre recliner called the “Schlaaang Super Seat.” It has an IV, stirrups and warns of third-degree burns from its popcorn maker and butter squirter. The film gets no less strange as it goes on. It is bewildering, avant-garde, funny and vile. The eponymous Tim and Eric are fascinated with finding the grotesque in modern life, illustrated by Goldblum’s implacably eerie fake commercial. 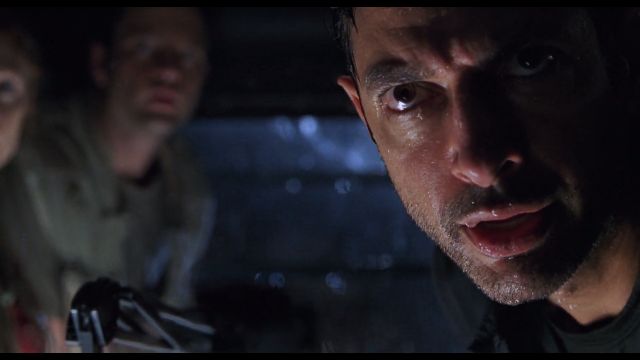 Director Steven Spielberg begged Michael Crichton, author of Jurassic Park, to write a sequel that he could make into another film. Even more so than in the previous movie, Goldblum’s Ian Malcolm is the central character in The Lost World. He reluctantly returns to the world of living dinosaurs upon learning that his paleontologist girlfriend Dr. Sarah Harding (Julianne Moore) is already there. Things get even more difficult for Malcolm when he discovers his daughter has stowed away. While not as strong as the original film, Goldblum once again gives a great performance as the most compelling character in the Jurassic Park franchise.

In 2022, filmmakers decided it was time to make something personal and semi-autobiographical. James Gray made Armageddon Time, Alejandro G. Iñarritu…
Movies 2 months ago

If you have ever been curious about the seemingly ordinary things in our lives, then The World According to Jeff…
TV 3 months ago