“Lily is a typical 150-year-old lovelorn vampire who’s looking for the man of her nightmares — until she lays her eyes on Herman, a 7-foot-tall green experiment with a heart of gold,” reads the film’s synopsis. “It’s love at first shock as these two ghouls fall fangs over feet for each other in a Transylvanian romance. Unfortunately, it’s not all smooth sailing in the cemetery as Lily’s father has other plans for his beloved daughter’s future, and they don’t involve her new bumbling beau.”

To enter our The Munsters giveaway, you can either retweet the Twitter post below or comment on our corresponding Facebook post. The giveaway lasts until October 4, and entrants must be in the U.S. to be eligible to win since it is a physical prize. Good luck to all who enter!

The Munsters is now available on Blu-ray, DVD, and digitally. It is also streaming on Netflix. 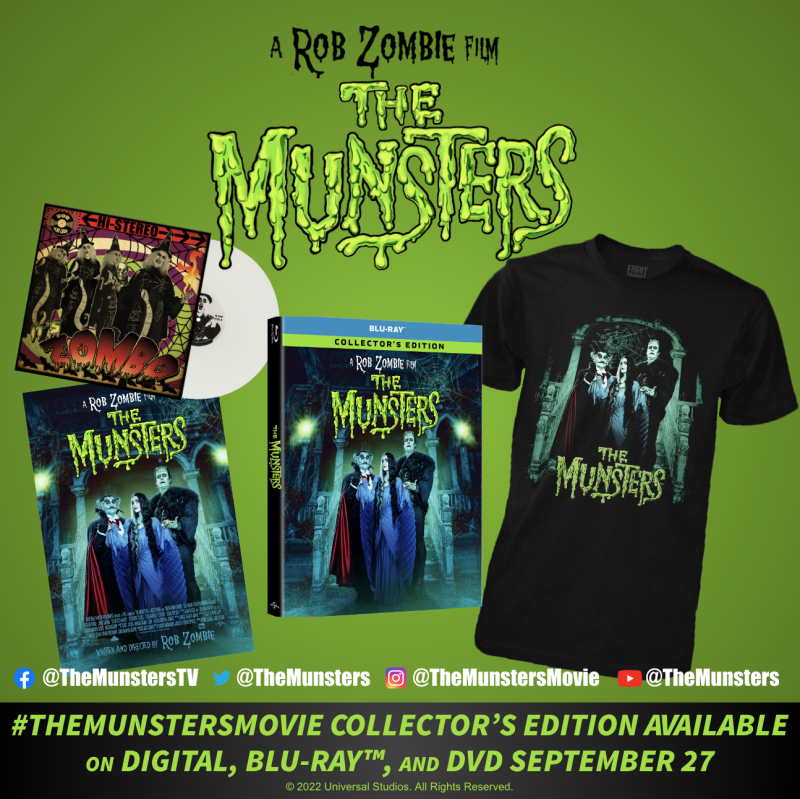 Just a week after the cancellations of Doom Patrol and Titans, and the unveiling of a new DCU slate, HBO…
TV 36 mins ago

The much-anticipated Black Panther sequel is the crown jewel of the Disney+ schedule for February 2023. The streaming service (sign-up…
Movies 56 mins ago

Paws of Fury: The Legend of Hank Prize Pack Giveaway for Animated Film

ComingSoon has a Paws of Fury: The Legend of Hank prize pack to give out. The pack contains a Blu-ray copy of Paws…
Movies 4 months ago

ComingSoon has five Thor: Love and Thunder prize packs to give out. Each pack contains an exclusive signed D23 Expo poster for…
Movies 4 months ago