Batman has had a long career since his creation is 1939. He’s been fighting crime and scaring criminals for 80 years and he is showing no signs of stopping. Beginning in Detective Comics — before moving to his own title a year later — Batman was the brainchild of Bob Kane and (perhaps even more so) Bill Finger. He has appeared in a variety of comic books over the years, as well as television shows, movies, radio plays, and more. Every so often, there will be a “Batman-Resurgence” and the caped crusader will take front and center once again. It happened in 1966, 1989 and 2008 thanks to the films of those respective eras. Batman has been featured in a wide-variety of films over the years, to various degrees of success. But some of the best Batman stories have not taken place in theatrical films or in comic books or on television shows. Some of the best Batman stories were told via animated films and we want to revisit some of them. These films have shown Batman, and Bruce Wayne, in a different light. They have captured our heart just as much as they have captured our imagination and these are the 5 Best Animated Batman Films You Need to See. 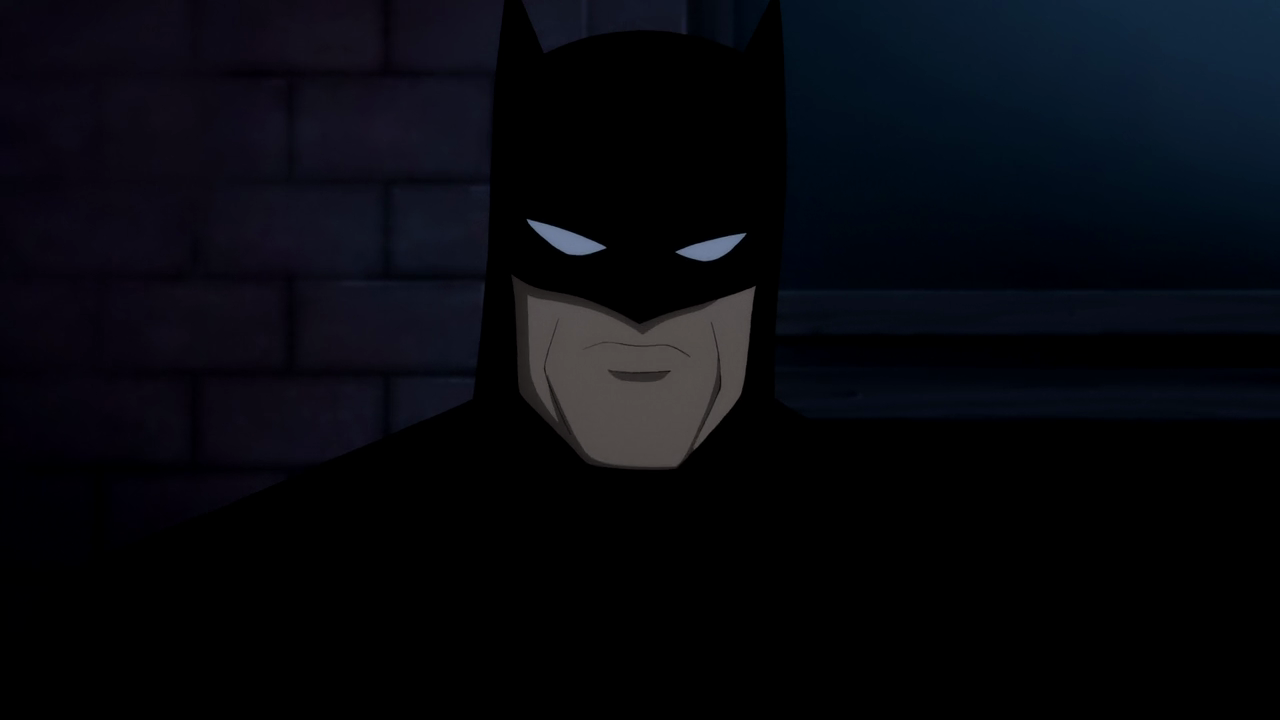 Some of the animated films featured on this list were based on graphic novels of the same name. Year One was, arguably, one of the greatest graphic novels that came out of the 1980’s. Written by Frank Miller, it told the story of Batman’s first year as a crime fighter. It also delved into the relationship between Bruce Wayne and Jim Gordon, two men who want to save Gotham City but do so in vastly different ways. Year One was a hit as a graphic novel back in the 80’s, and it was a hit again when it was adapted into an animated film in 2011. With Ben McKenzie voicing Bruce Wayne/Batman, Bryan Cranston voicing Commissioner Gordon and Eliza Dushku as Selina Kyle, Year One was an excellent adaptation of an equally excellent graphic novel. 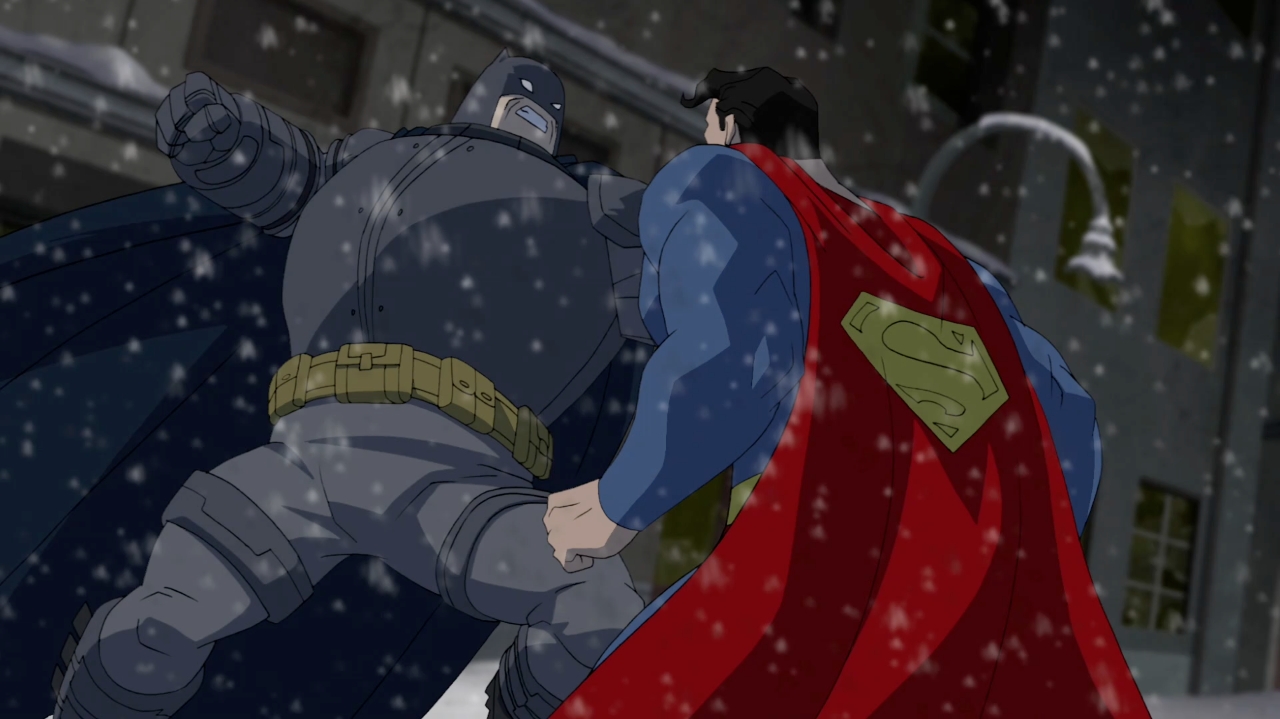 While Batman: Year One detailed the early days of Batman’s career, The Dark Knight Returns told the story of a retired Batman who must once again don the cape and cowl to battle Two-Face, Joker, Superman, and a vicious gang known as The Mutants. The Dark Knight Returns was the graphic novel that changed how graphic novels were written. It also changed how Batman was perceived and its impact on the caped crusader can still be felt today. When the animated film version of TDKR was announced, it was met with skepticism. That skepticism turned into celebration, however, once the first of the two-part film was released. This film was everything the graphic novel was and more. For the first time, those who grew up loving The Dark Knight Returns got to see it in “live-action.” 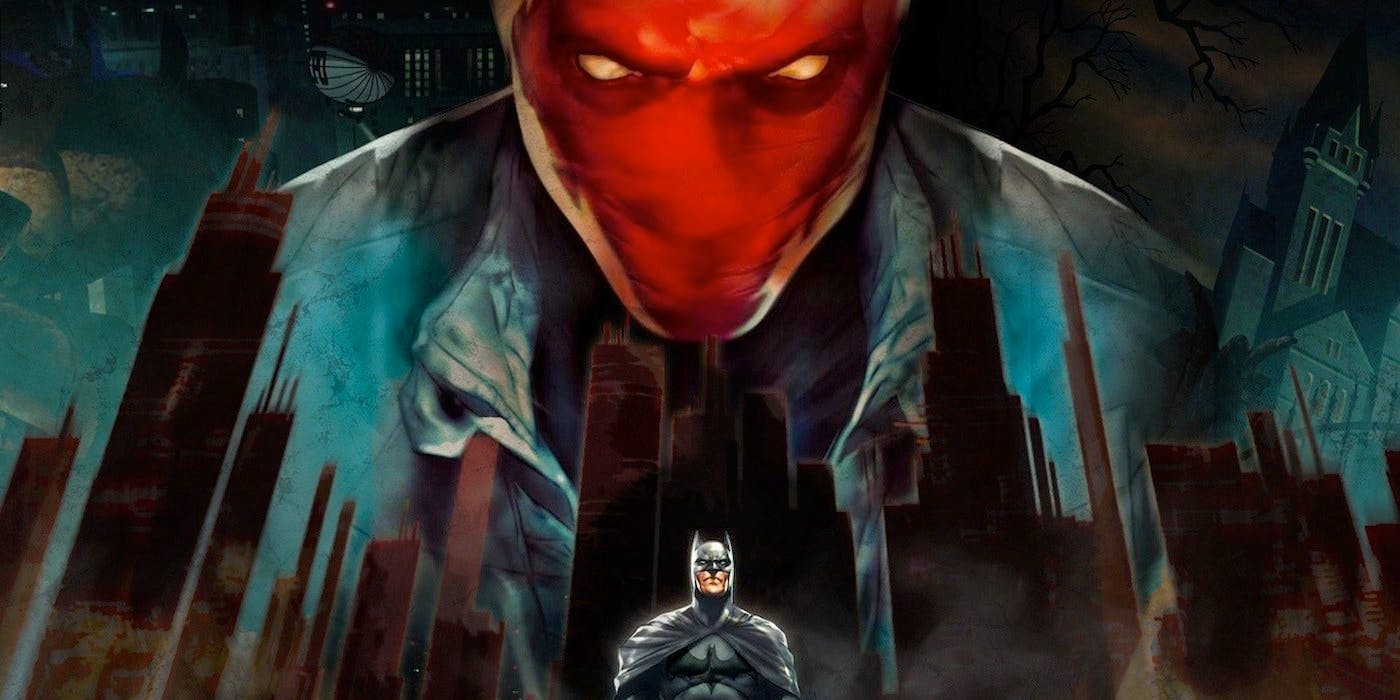 Nobody really liked Jason Todd until he was dead. As the second Robin, stepping into the role after Dick Grayson, Todd was arrogant, mean, and seemed to enjoy the job a little too much. As fan discourse grew stronger, Todd became even more petulant until the readers of Batman were given a choice: After a brutal encounter with the Joker, should Jason Todd live or die? The audience chose death, and that’s where Todd headed. Years later, because nobody in comics except Uncle Ben and Gwen Stacey stay dead, he was resurrected and adapted the mantle of the Red Hood — a nod to the Joker’s first alias. Under the Red Hood, written by Judd Winick, was a moderately successful graphic novel that brought Todd back from the dead as somewhat of an anti-hero. He could now be as bad as he wanted, and audiences actually warm up to the former Boy Wonder. From the graphic novel came the animated film, released in 2010. Under the Red Hood is — besides two films set in the Batman: the Animated Series universe — the greatest Batman animated film ever made. It takes the best parts of the story arc and contains them into a 75 minute masterpiece. The climax of the film, featuring Jason Todd confronting Batman, as well as the Joker, can legit produce tears from even the strongest-willed tough guys. It’s perfect, that’s all. 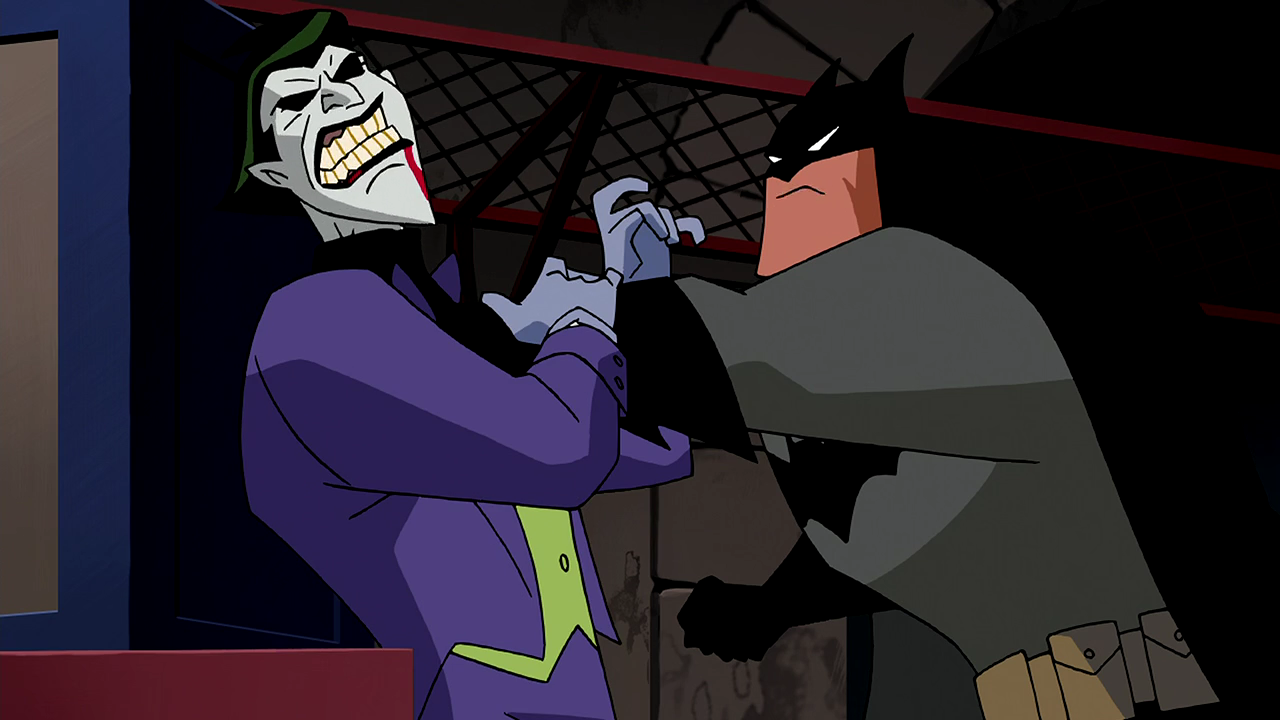 Speaking of dead Robins…Batman Beyond: Return of the Joker picked up where Batman Beyond, the futuristic follow-up to the incredible Batman: the Animated Series, left off. In Neo-Gotham, Terry McGinnis is the new Batman, guided by an aging and ailing Bruce Wayne. McGinnis has done a pretty good job with the mantle of the bat, but he’s never faced anything like the Joker. That is, until now. The Joker, long thought dead after a final encounter with the original Dark Knight, in which he almost took a Robin with him, is seemingly back. With a vengeance. The story of ROTJ is good enough on its own, but the flashback in the middle of the film, that shows what really happened to Tim Drake, acts as a pretty perfect ending to the original Batman: The Animated Series. 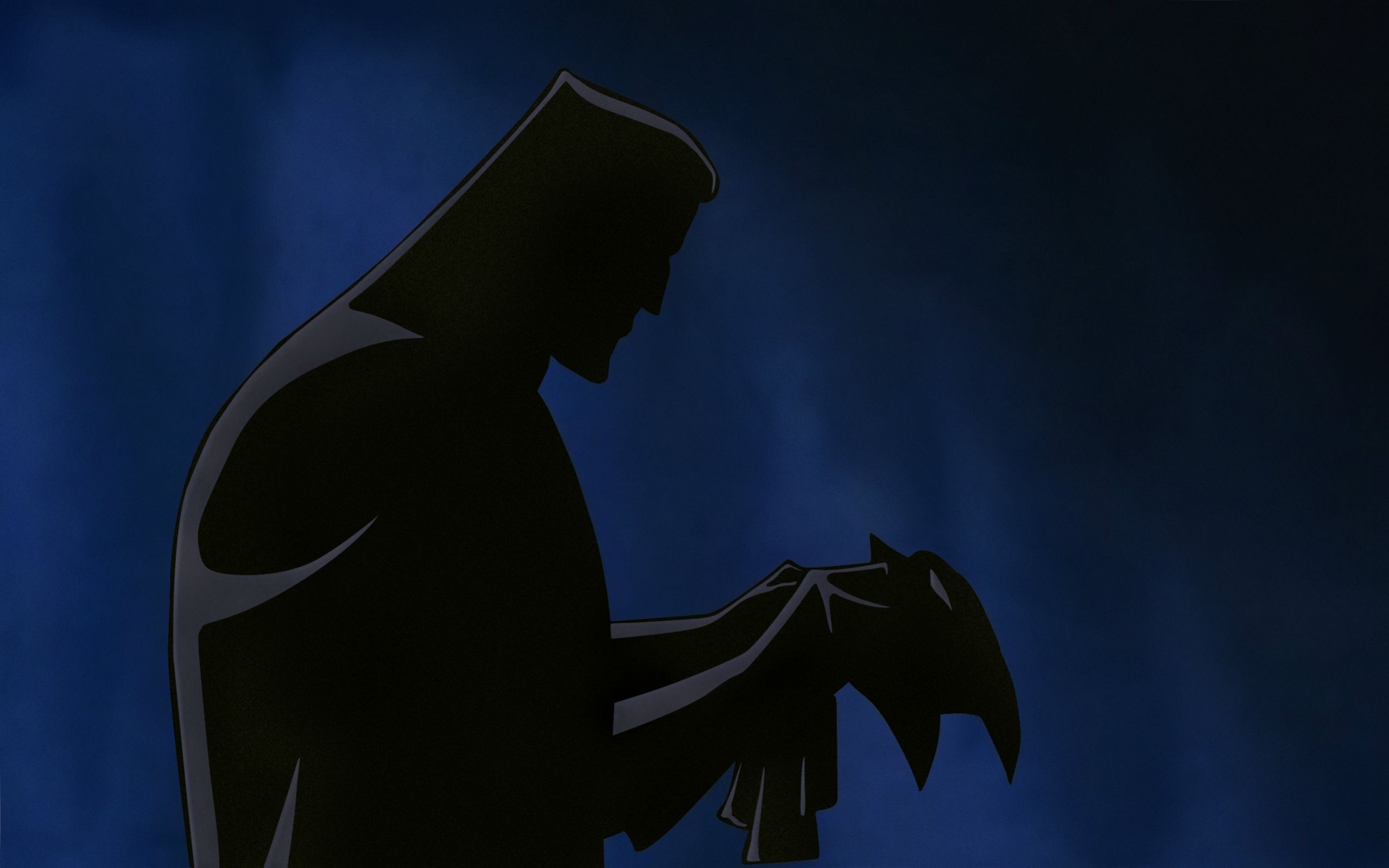 The only theatrically released animated Batman film is better than many of the live-action films. Mask of the Phantasm tells the story of Bruce Wayne as he was just starting out his career as the World’s Greatest Detective. It also has a parallel narrative focusing on a current Batman who must go up against a new adversary known only as The Phantasm. What’s so great about this film is that it shows why Bruce Wayne chose to become Batman, after realizing that he would never find true love, true happiness, or true peace. Mask of the Phantasm is, quite possibly, one of the greatest Batman films ever made. Don’t take our word for it. Check it out for yourself, and then come back and thank us. We’ll wait.

Best of 2022 is ComingSoon’s weeklong celebration of the entertainment that made this past year so memorable. 2022 was a…
Movies 1 month ago

Amidst cuts that co-CEOs of DC Studios James Gunn and Peter Safran have made to various DCU projects, one report…
Movies 2 months ago

There sure have been a lot of television shows and movies to watch this past year. With the holidays just…
Movies 3 months ago