2021 marked the return of British director Ridley Scott with two long features following a four-year hiatus. Earlier this year, Scott released The Last Duel, a new foray into the historical genre. Now, his House of Gucci crime drama is currently playing in theaters. Since his directorial debut with The Duellists in 1977 and over his 27 works, Scott reshaped Hollywood canons with some iconic films. 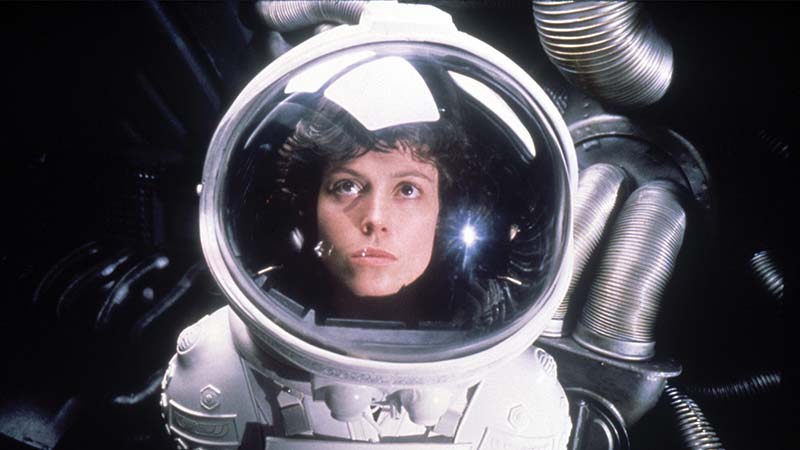 Scott’s first big statement behind the camera came with 1979’s Alien. After detecting a distress signal, the spaceship Nostromo visits an unknown moon. An alien entity attaches itself to one crew member, giving birth to a deadly creature who hunts down the seven humans on the ship one by one. Dallas (Tom Skerritt), the captain, and Ripley (Sigourney Weaver), the warrant officer, will attempt their best to get rid of the alien and bring back the crew alive on Earth.

Soon after its release, Alien met the public taste and became a box-office success. The combination between Scott’s direction, the editing, and a very claustrophobic scenography is a suspenseful story that revolutionized the genre. It was also one of the first sci-fi movies with a woman as the leading character. Additionally, the film features many sexual references throughout the story, including the creature’s iconic and well-known shape. Alien ultimately took home a Best Art Direction nomination and won the Best Visual Effects award at the 1980 Academy Awards.

The franchise will soon welcome a live-action TV series that is in pre-production at FX. Filming should start next year. 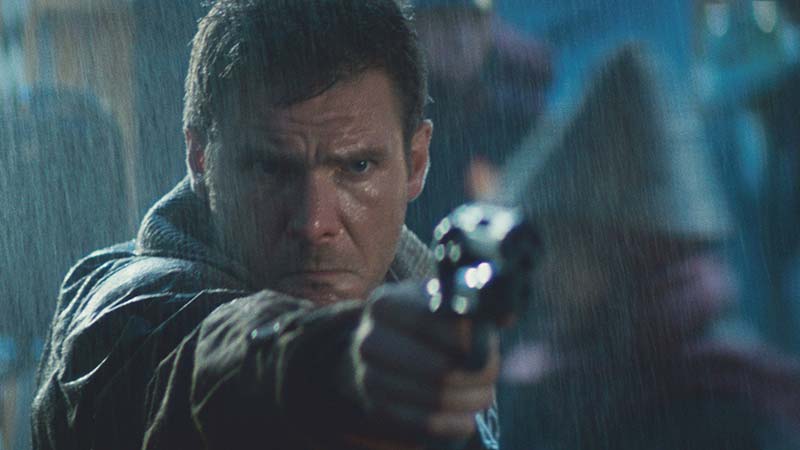 Three years after Alien, Scott came up with a loose adaptation of the Do Androids Dream of Electric Sheep? novel by Philip K. Dick. In a dystopian future, a group of ‘replicants’ led by the elusive Roy (Rutger Hauer) escapes from the control of the Tyrell Corporation. The bounty hunter Rick Deckard (Harrison Ford) offers to ‘retire’ the rogue androids by putting them away. Under the heavy rain of a polluted Los Angeles, Rick and his assistant Rachel (Sean Young) will track down the replicants one by one. Their encounter with Roy will lead them to discover a hard truth about their identity.

Fans didn’t appreciate Scott’s work when it hit theaters, and it bombed at the box office. However, time proved him right as the film is now considered a cult classic and innovator of the sci-fi genre. Syd Mead’s scenography and Vangelis’ score underlie the inhumanity of the social contest where the dark story takes place. Scott released the director’s cut in 1993, unhappy with the producers’ editing when the movie debuted.

Recently, he announced a 10-hour live-action series for the legendary sci-fi franchise, implying that Deckard’s adventures might not be over just yet. 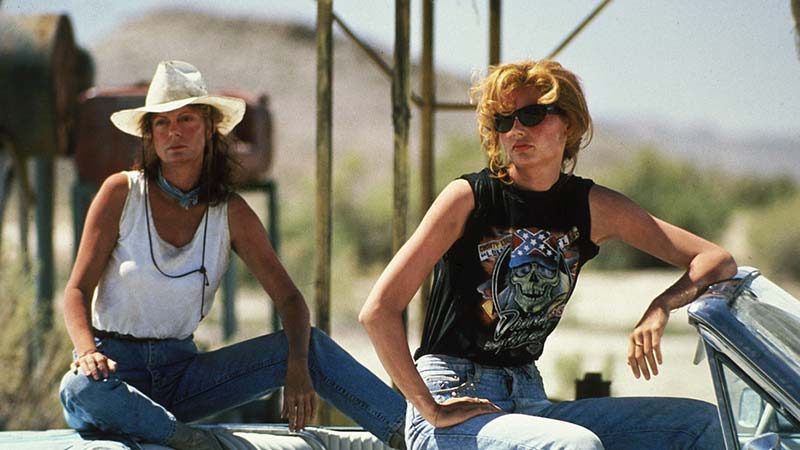 1991 saw Thelma (Geena Davis) and Louise (Susan Sarandon) embark on a fishing trip to take a load off. Following a rape attempt that ends with a murder, the titular characters’ ordinary lives turn into an emotional roller coaster. Once again, Scott leaves the floor to some strong, rebellious leading ladies. Neither Thelma nor Louise accepts anything less from life than being the masters of their destiny. Penned by the debutante Callie Khouri, the story is a hymn to women’s empowerment, resulting in a Best Original Screenplay Academy Award. Scott’s movie deals with some heavy topics at the core, but does so with a light-hearted touch and fun. 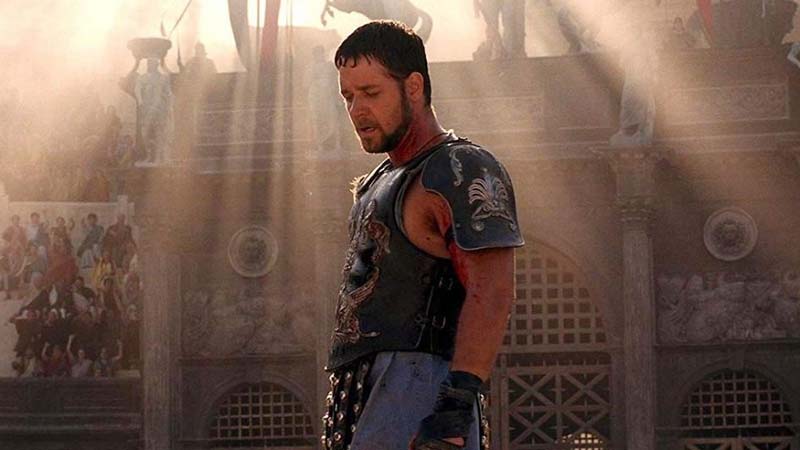 After taking an extended break from historical movies following 1492: Conquest of Paradise, Scott returned to the genre right at the new millennium’s dawn. Set in 180 AD, the story opens with the refusal of Maximus Decimus Meridius (Russell Crowe), general of the Roman army, to swear loyalty to the Roman Empire’s new ruler, Commodus (Joaquin Phoenix). After Maximus’ desertion, he is captured and sold by some slave traders as a gladiator. One victory after another in the arena, Maximus earns his way to Rome. Inside the Colosseum, he gets the chance to stand in front of the Emperor.

While the film’s historicity is questionable, Scott reignited the peplum genre thanks to a good drama with a heartbreaking finale. The movie brought fans and critics together in applauding it as one of Scott’s best works. Among a plethora of other accolades, it landed 12 nominations at the Academy Awards, winning the Best Picture, Best Costume Design, Best Sound, and Best Visual Effects awards, in addition to the one for Russell Crowe as Best Actor.

James Cameron’s Avatar: The Way of Water continued its box office reign, accounting for $15.7 million (-22%) to bring its…
Movies 8 hours ago

Ridley Scott’s Black Hawk Down stands, at twenty years, as a visceral depiction of the brutal minutiae of war, regardless…
Movies 1 year ago

After bringing us the historical epic known as The Last Duel, director Ridley Scott gives us his second movie of…
Movies 1 year ago

In a recent interview with BBC Radio 4’s Today, acclaimed filmmaker Ridley Scott revealed that he is currently developing two…
TV 1 year ago

MGM has debuted the House of Gucci trailer and a new TV spot for Ridley Scott’s crime drama film, centering around the…
Movies 1 year ago