Atari 50 Review: A Criterion-Esque Gaming Collection Worthy of a Pioneer

As evidenced by Mortal Kombat‘s recent 30th anniversary, important milestones in the gaming industry usually come and go with nary a peep. A bare-bones collection of past titles is often the best that juggernauts like Nintendo can offer for their biggest franchises. Atari 50: The Anniversary Celebration, however, is a true exception. Triumphantly, a company that has struggled to stay relevant in the modern era has put out the greatest gaming collection ever made. Developer Digital Eclipse not only provides a great look at gaming’s past but puts it into context while providing some stellar new ways to further Atari’s legacy as well.

Atari 50 interestingly separates itself from many other similar collections — including Atari’s own Atari Flashback series — because it is being framed as an interactive museum. As a result of this, it doesn’t default to a main menu showing off the 100 or so available games but rather a list of specific eras, ranging from its arcade origins to the Atari 2600’s introduction to the modern day. From there, players can take an in-depth look at Atari’s releases through arcade flyers, fantastic video packages that feature insight from past Atari employees and video game luminaries like Tim Schafer and Cliff Bleszinski, and even some recovered game design documents. 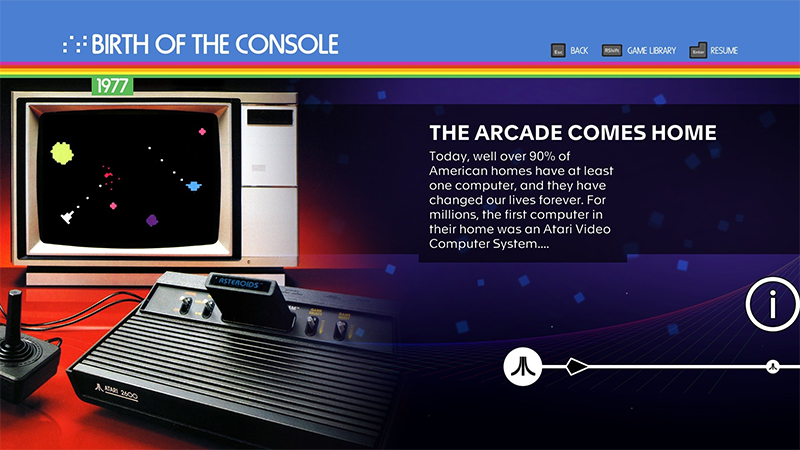 There have been some great documentaries and books on Atari, and Atari 50 rivals the best of them. It doesn’t shy away from taboo topics, such as drug use, its embarrassing older releases such as Gotcha — the Atari arcade game that had breast-shaped joysticks — or its own shortcomings that contributed to the gaming crash. From a historical perspective, this is a true selling point and it has one huge advantage compared to books and films in that most of the games are actually playable and included here.

Interacting with these games is more appealing because of the framework this collection provides, as it contextualizes the time and place surrounding each of their releases. While many titles are too simple or lack much gameplay appeal in 2022, they’re certainly historical novelties and intriguing when placed within the medium’s history, which, again, Atari 50 does so well. They’re easily playable as just a push of a button from the museum menu will bring up the respective game. Living up to its subtitle, The Anniversary Collection shows just how important presentation is since it gives a premium feel to what could’ve been just another Flashback compilation. 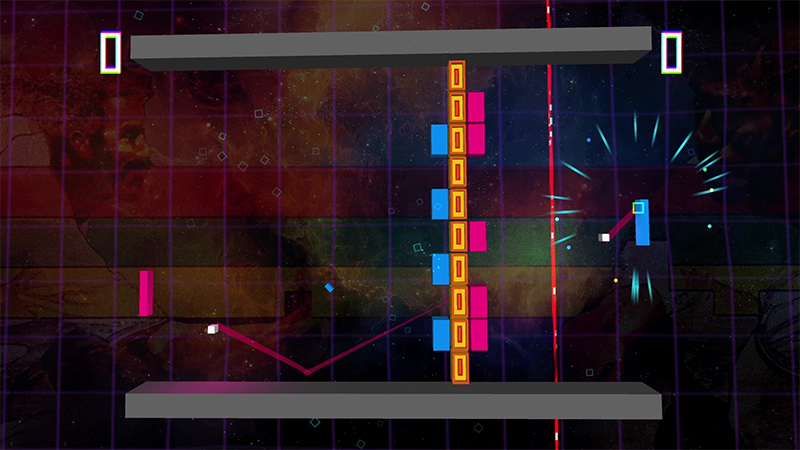 Some of the included games are classics and hold up despite their age, such as Warlords‘ brand of multiplayer fun. However, what makes this package even more appealing is that there are six new titles from Digital Eclipse that range from 3D remakes of classics like Yars’ Revenge to new sequels that keep the spirits of the originals alive. For example, the vector love letter Vctr-Sctr takes gameplay from Asteroids, Lunar Lander, and Tempest and mashes them up into a stylish high-score chase, while Neo Breakout modernizes the original brick-breaker. However, the wildest inclusion is Swordquest: AirWorld, a faithful recreation based on the original design docs for the canceled action-adventure game that wraps up the Swordquest series. They maybe wouldn’t be as appealing as individual titles, but they make for excellent bonuses in this stellar historical collection.

But the game does lock a few obscure titles away as unlockables. For example, one unlocks after going through the museum and another is found hidden away in the tutorial of Haunted Houses. Nobody is probably dying to play Basic Math or Race 500, but having Easter eggs is a weird fit for a digital museum since having the full history on display is the impressive part. However, this approach means it takes full advantage of the interactive medium, and it’s also sort of fitting considering the collection includes some of the earliest gaming Easter eggs like the notorious one found in Adventure.

Digital Eclipse is truly on a roll. Just months after the excellent TMNT: The Cowabunga Collection, the studio has upped its game once again with Atari 50: The Anniversary Celebration. While it doesn’t feature an absolute treasure trove of design docs and concept art (although there is plenty), its overall museum-like presentation and incredibly well-produced videos make it a joy for any gaming historian or anyone that has fond memories of Atari. This is the closest that gaming has ever been to having a Criterion Collection-type release and is a blueprint that does the pioneering company justice.

As ComingSoon’s review policy explains, a score of 9 equates to “Excellent.” Entertainment that reaches this level is at the top of its type. The gold standard that every creator aims to reach.
Disclosure: The publisher provided a PlayStation 5 copy for our Atari 50: The Anniversary Collection review. Reviewed on version 1.002.000.

The budget-priced Garbage Pail Kids: Mad Mike and the Quest for Stale Gum is a throwback by design, harkening back…
Games 3 months ago