Call of Duty: Vanguard was a divisive entry in the long-running series that fell below many players’ — as well as Activision’s — expectations. This slight bump in the road has created an opportunity for Call of Duty: Modern Warfare II to put the franchise on a better track. Modern Warfare II succeeds in this regard and moves the series forward in a number of important ways thanks to a campaign with some truly spectacular moments, a collection of smart multiplayer changes, and the return of meaningful co-op that doesn’t revolve around shooting zombies.

While the series briefly and erroneously moved past campaigns a few years back, they’ve been back in full ever since Black Ops 4. Reintegrating the single-player mode was a good choice and Modern Warfare II shows why. It delivers exactly the type of tremendous set pieces, Hollywood blockbuster-esque action, and inventive sequences that shows that Call of Duty can still push boundaries and be on the cutting edge of the AAA gaming space.

The stellar gunplay ties everything together and it is as tight and satisfying as ever, especially with the PlayStation 5’s DualSense implementation that adds a great tactile feeling to pulling triggers in order to match the on-screen action. Rarely has clearing a house filled with enemies felt so satisfying in a COD campaign but even the most basic of gunfights are thrilling thanks to the decade-plus of polish the series has received. The game even gives players exactly the amount of freedom they would want during firefights with mechanics like being able to bash through or slowly open doors, hang off ledges, or mount a nearby machine gun. There are almost always extra options that sit alongside the smooth gunplay. 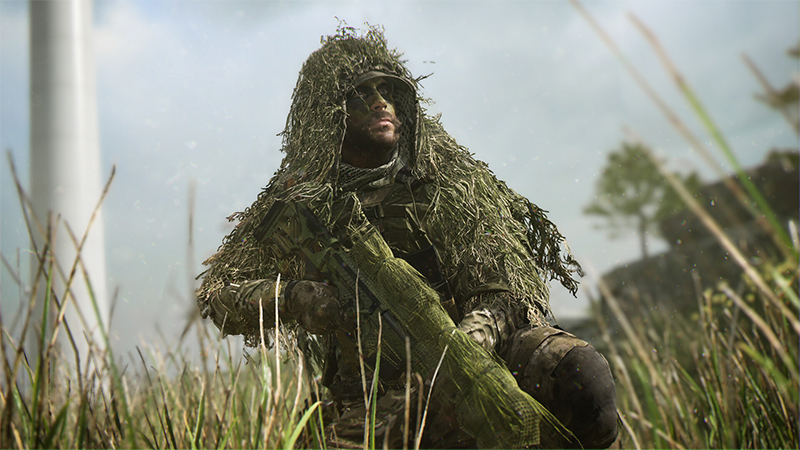 However, the moments where COD decides to get weird and more experimental have always separated its campaigns from the many competitors and knock-offs. Some are best left as surprises and others have been pulled from outside sources, such as the exciting tactics section that takes direct control away from the player and the missile disarmament mechanic that is reminiscent of Keep Talking and Nobody Explodes.

Many of these moments are sprinkled throughout the campaign, but the best is found in a late-game mission that wounds the protagonist and leaves them without any weapons. Stealth isn’t anything new to Call of Duty but this sense of vulnerability is such a change from the macho power fantasies that tend to dominate shooter campaigns. The full-on crafting system in this mission adds to its ingenuity and has the player scrounging for everyday materials to create homemade tactical weapons in a desperate attempt to survive. It’s some of the most thrilling gameplay ever seen within a COD campaign.

Since they work so well, it’s these moments that highlight and elevate a campaign that doesn’t have the most notable narrative or villain.  The overall story isn’t all that memorable, and the rebooted Modern Warfare series is in a weird place since it is repackaging familiar characters and events, but the missions themselves beg to be replayed because its impressive amount of variety. There is also a solid stinger at the end, which — aside from being a confusing reference to 2009’s Modern Warfare 2 — sets up Modern Warfare III in an exciting way. 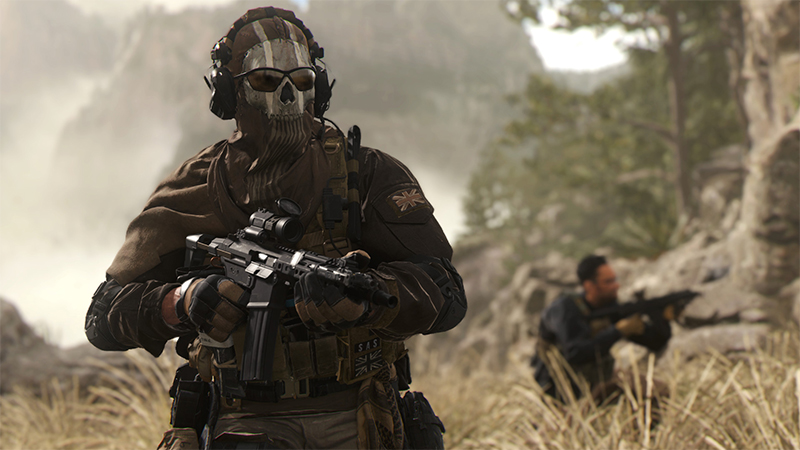 Call of Duty‘s multiplayer is an institution at this point and Modern Warfare II has most of the expected features. There’s a wide range of modes and mechanics, including fan-favorites such as Kill Confirmed, niche ones like the third-person mode, and a great progression system that uses daily missions to encourage players to experiment with their styles of play. The biggest addition is the new Invasion mode, which is a massive 40-player team deathmatch variant that adds A.I. soldiers into the mix. This blend of A.I. and human enemies worked well in Titanfall and still works here since it is chaotic and helps less-experienced players find success since they can contribute to the team by taking out grunts.

RELATED: Report: Next Year’s Mainline Call of Duty Delayed Out of 2023

The cooperative mode rounds out its offerings and has three distinct missions. These are considerably longer than the smaller missions in 2009’s Modern Warfare 2‘s Special Ops mode but are wholly original and offer more variation. The best of the bunch is the stealth-centered operation, which shines because of how it encourages players to coordinate and come up with strategies. There’s also a more action-packed one and a wave-based mission that change up the tempo and seem made for those who prefer the Zombies mode.

A well-rounded package that excels in all areas, Call of Duty: Modern Warfare II is sure to please fans of the series and anyone looking for a content-rich first-person shooter. Whether you want a thrilling campaign or some of the tightest multiplayer available, there’s a staggering amount of polished content here that will only grow over time. It’s yet another success for Infinity Ward, which has managed to remain the top Call of Duty studio despite the best efforts from Activision’s other top developers.

As ComingSoon’s review policy explains, a score of 8.5 equates to “Great.” While there are a few minor issues, this score means that the art succeeds at its goal and leaves a memorable impact.

Disclosure: The publisher provided a PlayStation 5 copy for our Call of Duty: Modern Warfare II review. Reviewed on version 1.008.000.

Everything Announced at The Game Awards 2022

The Game Awards’ 2022 show was long and packed with announcements. All of those reveals can be hard to track,…
Games 2 months ago

Here Are All The Game Awards 2022 Winners

The Game Awards’ 2022 show was full of reveals and award winners, all of which can be hard to keep…
Games 2 months ago