Dramatic Labs’ Star Trek: Resurgence was just one of the many surprise reveals at The Game Awards. A new team doesn’t usually start off with such a giant franchise. Senior Gaming Editor Michael Leri was lucky enough to interview Cinematic Director Kent Mudle and Lead Writer Dan Martin about the game where they touched on the challenges of adapting another IP, why they wanted to make new characters, what the team wants to do with the narrative genre, and more.

Michael Leri: Most studios don’t get to make a game based on a big established IP for their first project. How did working on a Star Trek game come about and why was this your first game?

Kent Mudle: The team at Dramatic Labs has a proven track record of strong adaptations during our work at Telltale. We’ve honed our skills at telling stories in established worlds and Star Trek seemed like an excellent fit. It’s a franchise full of rich characters and stories, with a focus on the kind of human (or alien) drama that we love to create.

Star Trek is a dream project for many of the team, we’ve grown up with it and are huge fans, so when the chance to make this game came up, we dove right in.

Can you speak about Star Trek: Resurgence’s art style and the decision to go for a more realistic style?

KM: We’ve chosen a more realistic but still stylized art direction for Resurgence. This is both because it fits the license, Star Trek being a largely live-action series, and to take advantage of the power of the Unreal Engine. The more realistic style has also allowed us to recreate many iconic Star Trek props and costumes, as well as make sure our new locations fit within the same universe. 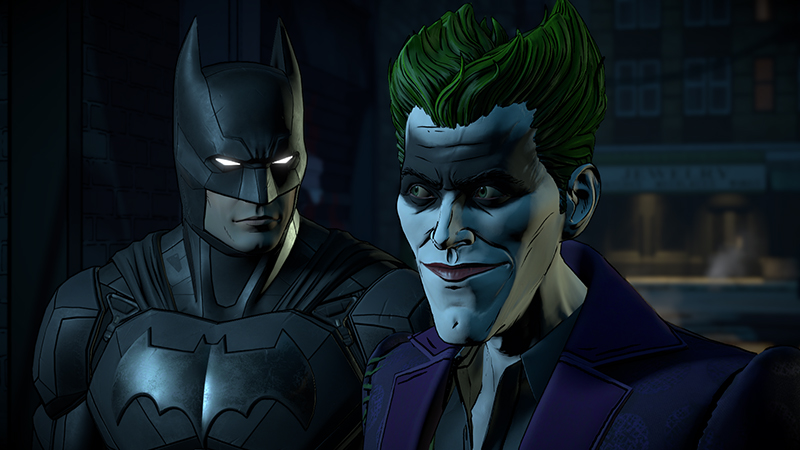 Batman: The Enemy Within is not only one of Telltale’s best games, but one of the best Batman stories that succeeds mainly in how it subverts the player’s expectations. It, along with The Walking Dead, Wolf Among Us, and every other Telltale game, shows that you two know how to adapt a popular franchise into a game. So in your minds, what are the keys to doing that well, especially here within Star Trek?

KM: Adaptation is a complex art form. It helps to really dial in on what makes a given IP work, the tone, the characters, the kind of stories they tell. We did a ton of research to figure out exactly what appealed to fans about Star Trek and aimed to include as much of that as possible in our type of game.

Dan Martin: I’d add that we’re Star Trek fans ourselves, so many of us have envisioned making a game in this universe long before this opportunity came about. I know I have. Ultimately, this is the Star Trek game that we want to play, and that’s a great North Star to follow through development. We’re bringing our own passion for the world, and inviting the player to join us on a great adventure in it.

This is an established franchise, but Jara Rydek and Carter Diaz are new characters. Can you speak to why you wanted to create your own characters and what that affords you as a team?

KM: In a choice-driven video game, you want your characters to have some range in the kind of actions they can take while still staying in character. These new player characters are fully realized people, but are designed to offer the player input on how they express themselves, what they value, and how they build relationships. With a pre-existing character you may not have that creative freedom.

DM: It’s a lot easier for a player to say this is my Jara Rydek and my Carter Diaz than it is for them to take that kind of ownership over their version of a Picard or Janeway, who is already so clearly defined in the films and TV shows. 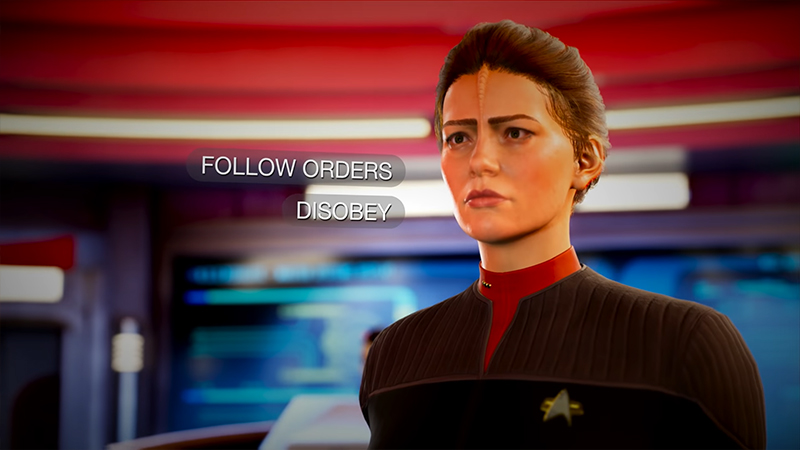 Dramatic Labs Founder Kevin Bruner said that there will be “significant choices and decisions [that] will affect the entire narrative.” Can you speak more about that? Telltale games were usually well-written but were often criticized for not having many distinct branches.

KM: Star Trek: Resurgence will offer choices both small and large. You may get to decide how to deal with a disrespectful officer, decide how much vulnerability to show a friend, or if your enemies deserve a full barrage of photo torpedoes. The choices offered will both immerse you in the story and allow you to leave your own imprint on the world.

KM: With Star Trek: Resurgence we hope to take what we learned on previous titles and refine it as well as expand it. We’re bringing back the choices and roleplaying but also adding in other kinds of gameplay and a way higher level of visual polish and fidelity. We hope to make an adventure that will draw you in and surprise you. The narrative adventure genre is the best fit for the kinds of games we want to make and stories we want to tell.

DM: Also… how do you say “no” to Star Trek? I certainly wasn’t going to miss out on this.

Naughty Dog is known for many franchises, most recently Uncharted and The Last of Us. Co-President Neil Druckmann recently spoke…
Games 22 hours ago

The success of the Marvel Cinematic Universe looks to continue to roll on, as Ant-Man and the Wasp: Quantumania is…
Movies 24 hours ago

Best of 2022 is ComingSoon’s weeklong celebration of the entertainment that made this past year so memorable. As with most years, 2022…
Games 3 weeks ago

Mortal Kombat Legends: Snow Blind is the third animated film in the series, but it’s not quite like the other…
Movies 4 months ago