The poster for the second Dragon Ball Super movie features a cast of familiar and new characters. Members of the new Red Ribbon Army, Gamma 1, and Gamma 2 join series mainstays such as Vegeta, Piccolo, Gohan, Goku, and Pan. More information will be revealed on December 18 about the upcoming film.

Check out the Dragon Ball Super: Super Hero poster below: 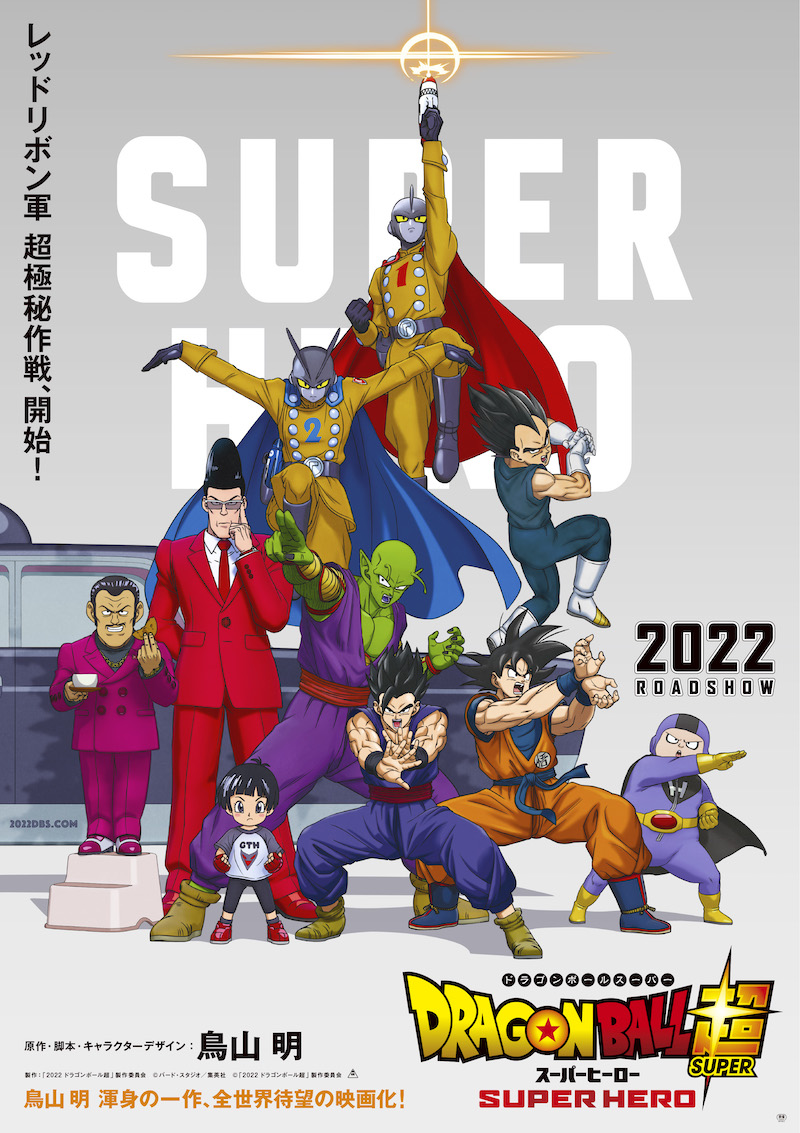 “An all-new movie since Dragon Ball Super: Broly is currently in the making!” announced Dragon Ball creator Akira Toriyama. “Just like the previous movie, I’m heavily leading the story and dialogue production for another amazing film. I really shouldn’t talk too much about the plot yet, but be prepared for some extreme and entertaining bouts, which may feature an unexpected character. We’ll be charting through some unexplored territory in terms of the visual aesthetics to give the audience an amazing ride, so I hope everybody will look forward to the new movie!”

The anime adaptation of Dragon Ball Super ended in March 2018 after 131 episodes aired. However, the manga is still ongoing, so there is plenty to adapt. Typically, though, the Dragon Ball films are filled with original content, so don’t be surprised if it goes in another direction.

This marks the second movie for Dragon Ball Super, which is the highly successful sequel series to Dragon Ball Z. The first film was Dragon Ball Super: Broly, which was directed by Tatsuya Nagamine and also written by Akira Toriyama. The movie takes place after the events of the Universe Survival Saga and features Goku and Vegeta taking on Broly.

Ant-Man 3 Poster Teases The Beginning of a New Dynasty

In preparation for the new trailer dropping tonight, Marvel released a new Ant-Man and the Wasp: Quantumania poster. The Ant-Man…
Movies 3 weeks ago

Best of 2022 is ComingSoon’s weeklong celebration of the entertainment that made this past year so memorable. 2022 was a…
Anime 3 weeks ago