Made For Love Trailer: Cristin Milioti is Trapped in a Bad Sci-Fi Romance

HBO Max has released the first trailer and key art for its upcoming dark comedy sci-fi series Made for Love led by Palm Springs star Cristin Milioti as her character gets trapped in a weird and unhealthy marriage with an over-controlling rich husband. The video also provides us a glimpse into how Billy Magnussen’s Byron forcedly implanted a revolutionary monitoring device in Hazel’s brain which would allow him to control her freedom. Also starring Ray Romano, the series is scheduled to make its debut on April 1 with the first three episodes. Check out the video below!

Based on Alissa Nutting’s 2017 novel of the same name, Made for Love is a darkly absurd and cynically poignant story of love and divorce. It follows Hazel Green, a thirty-something woman on the run after 10 years in a suffocating marriage to Byron Gogol, a controlling tech billionaire. Soon she discovers that her husband has implanted a monitoring device – the Made for Love chip – in her brain, allowing him to track her, watch her, and know her “emotional data” as she tries to regain her independence. Through the chip, Byron’s able to watch Hazel’s every move as she flees to her desert hometown to take refuge with her aging widower father Herbert and his synthetic partner, Diane.

Made for Love is created by Christina Lee, who is also serving as the showrunner. It will be executive produced by Nutting, Lee, Patrick Somerville, Dean Bakopoulos, and Liza Chasin. SJ Clarkson, who is known for her work in TV shows such as Dexter, Jessica Jones, and Succession, has also signed on to the series to serve as an executive producer and director.

The series marks Milioti’s first major TV project as the leading star after appearing in a number of TV shows such as Nurse Jackie, How I Met Your Mother, The Mindy Project, Fargo, and Modern Love. 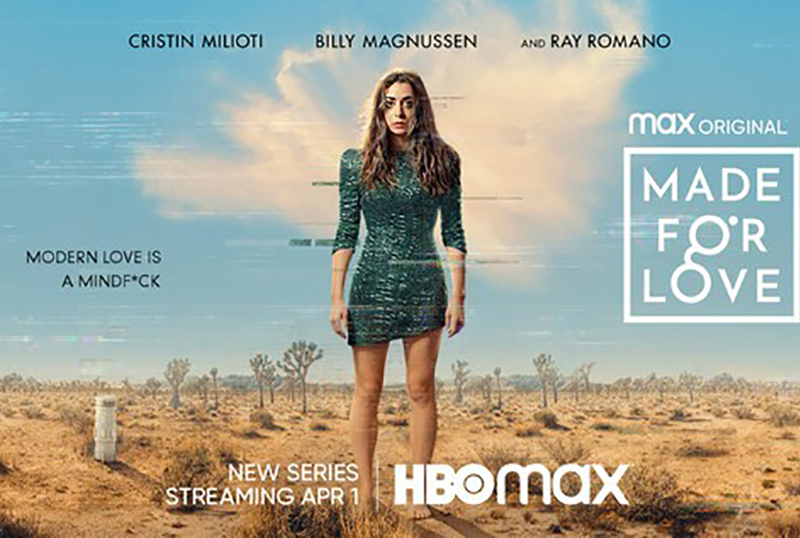 HBO Max has revealed an official Harley Quinn: A Very Problematic Valentine’s Day Special trailer ahead of the special’s approaching…
TV 4 days ago

Despite having a strong series debut in 2021, HBO Max has officially decided not to renew Joshua Safran’s Gossip Girl…
TV 1 week ago

The HBO Max schedule for December 19-25 features the sophomore season of I Hate Suzie. On Thursday, December 22, the…
TV 1 month ago