How to Watch Desus & Mero Season 4 on Showtime

Desus & Mero on Showtime is a weekly late-night talk show hosted by comedians Desus Nice and The Kid Mero, aka The Bodega Boys. The sharp-witted duo talks to illustrious guests about a variety of topics, such as pop culture, sports, music, politics, and much more. Some guests featured in season four include Mark Wahlberg, Tom Holland, Pusha T, and Damson Idris.

Where to Watch Desus & Mero Season 4

Good news! There are a few ways you and your family can enjoy not only Desus & Mero but everything Showtime has to offer. Showtime offers a free 30-day trial with access to hit TV shows, movies, documentaries, sports, and more. You can also stream live, on-demand, or save shows to watch offline from any TV, tablet, PC, or phone.

How Many Episodes Are in Desus & Mero Season 4? 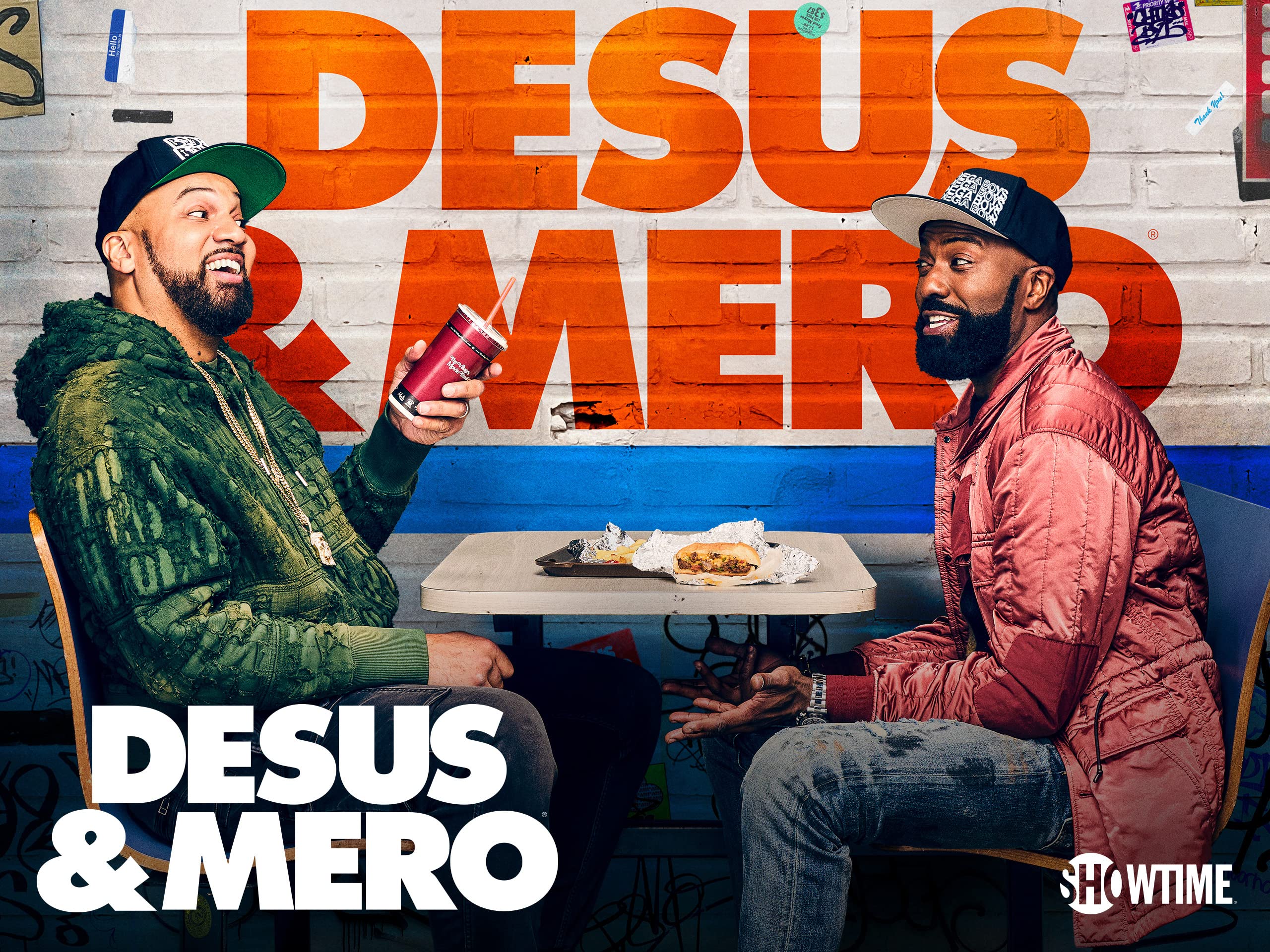 There are 15 episodes in Desus & Mero season four. The runtime of episodes averages around 30 mins. You can check the complete list of Desus & Mero episodes and their release date below.

What Are the Critics Saying about Desus & Mero Season 4?

Desus & Mero Season 4 does not have an official critics rating. The series, however, has a user score of 7.7/10 on IMDB. The crackling comedic timing between the hosts has been a hit among the viewers.

IndieWire’s Marcus Jones writes, “Approaching a decade since they were first paired together on the podcast-turned-web-series Desus vs. Mero, the New York natives born Daniel Baker and Joel Martinez have built a brand that grows stronger each day, staking their claim as the No. 1 show in late night until it manifests into reality.”

Daniel Fienberg from The Hollywood Reporter says, “At its best, it was a perfect encapsulation of the rapport between its stars, not as loose and zany as their Bodega Boys podcast — an increasingly sporadic format whose demise barely preceded the end of Desus & Mero — or even the Complex TV and Viceland versions of the show, but often better for the inclusion of some structure around their long-codified interactions.”

Desus & Mero is rated TV-MA, which means it is meant for viewing by mature audiences only. The content material is not suitable for children under 17.

Last year, actor Ezra Miller was in the news seemingly all the time thanks to a variety of different controversies.…
Movies 1 hour ago

Just a week after the cancellations of Doom Patrol and Titans, and the unveiling of a new DCU slate, HBO…
TV 18 hours ago

How to Watch Queer Eye: Germany on Netflix

An all-new fab five team up to do good in Queer Eye: Germany. Together, they’ll travel around Germany’s cities to…
TV 1 week ago

How to Watch Savage Rhythm on Netflix

Antonia and Karina are two dancers from opposite ends of the social and cultural spectrum, but their worlds are going…
TV 1 week ago

How to Watch The Guardians of Justice on Netflix

Marvelous Man has spent four decades protecting humanity and the planet, but uncertainty looms over the universe when he unexpectedly…
TV 1 week ago

How to Watch Life After Death With Tyler Henry on Netflix

If you believe in the Afterlife, chances are you will enjoy the reality TV series Life After Death With Tyler…
TV 1 week ago