It’s just a matter of days before HBO Max debuts the first part of the latest run of Titans. The series follows young heroes across the DC Universe as they come of age and find where they belong. Here’s when to watch the upcoming Season 4.

When to Watch Titans Season 4 on HBO Max 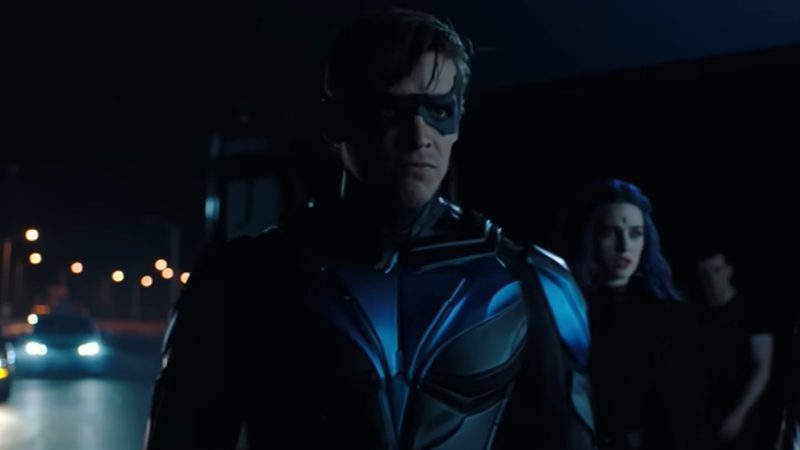 HBO Max set the Titans Season 4 release date at 3 a.m. ET/12 a.m PT on Thursday, November 3. The streaming service will drop the first two episodes at once, followed by weekly releases until December 1. The second half of Season 4 consists of six episodes and premieres somewhere in 2023. Last season, circumstances drew our heroes to Gotham City, where they reunited with old friends and fought new threats.

“Having saved Gotham, the Titans hit the road to head back to San Francisco,” reads the synopsis. “But after a stop in Metropolis, they find themselves in the crosshairs of a supernatural cult with powers unlike anything they’ve faced before.”

Titans Season 4 will feature the introduction of new villains in the form of Joseph Morgan (The Originals) as Sebastian Blood/Brother Blood, Franka Potente (Taboo) as May Bennett/Mother Mayhem, and Lisa Ambalavanar (Doctors) as Jinx.

Based on the characters from DC, Titans was developed by Akiva Goldsman, Geoff Johns, and Greg Berlanti, with Johns, Berlanti, Greg Walker, and Sarah Schechter serving as executive producers. It is a production by Weed Road Pictures, Berlanti Productions, and Warner Bros. Television.

Rupert Grint is best known for his role as Ron Weasley in the iconic Harry Potter movie franchise, and despite…
Movies 19 hours ago

Marvel Studios has released a new behind-the-scenes video taking a look at how the Black Panther: Wakanda Forever underwater sequences…
Movies 16 hours ago

Tobey Maguire helped usher in the superhero movie craze by playing Spider-Man in the early 2000s original trilogy. In 2021’s…
Movies 23 hours ago

Ranpo meets up with Poe. They witness a crime, but Ranpo still manages to deduce what happened. Here are the…
Anime 2 days ago

Maple gets the item Sally wanted from the haunted mansion. The two of them decide to pair up for the…
Anime 2 days ago

The Last of Us Episode 3 is just a few days away from hitting HBO Max. The situation is getting…
TV 3 days ago