The Midnight Club release date is upon us.

The live-action adaptation of author Christopher Pike’s novel is finally here. The supernatural horror book was published in 1994 and was quite popular among younger readers. Netflix made a series out of it after optioning the rights for The Midnight Club. Here’s when to watch the upcoming series.

When to Watch The Midnight Club on Netflix 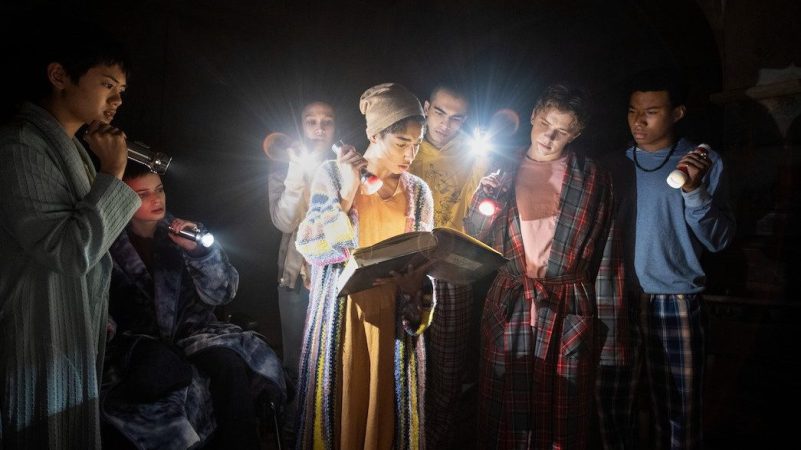 Netflix set the Midnight Club release date at 3 a.m. ET/12 a.m. PT on Friday, October 7. As always, the streaming service will release all ten installments at once. The story is set in Brightcliffe Hospice, a hospice for terminally ill teenagers, where a group of patients begins to gather together at midnight to share scary stories. The group makes a pact, swearing that whoever dies first will contact the others from beyond the grave.

The limited series will star horror icon Heather Langenkamp (A Nightmare at Elm Street films) as she plays the role of an enigmatic doctor who runs the hospice. Joining her are Adia, Igby Rigney, Ruth Codd, William Chris Sumpter, Aya Furukawa, Annarah Shephard, and Sauriyan Sapkota, who will all portray “the titular club of terminally ill young adults.” It will also feature Zach Gilford, Iman Benson, Larsen Thompson, Matt Biedel, Crystal Balint, William B. Davis, as well as Crystal Balint, and Patricia Drake.

RELATED: The Midnight Club Trailer: Death is a Rite of Passage in Netflix Horror Series

The Midnight Club series is created and executive produced by Mike Flanagan, also serving as the showrunner. Executive producers are Leah Fong, Julia Bicknell, and Trevor Macy. This marks Flanagan’s latest collaboration with Netflix after working together on The Haunting of Hill House, The Haunting of Bly Manor, and Midnight Mass. He is currently in production for his fifth horror project for the streamer, which is The Fall of the House of Usher.

Isagi reunites with Kunigami, Chigiri, and Reo. Their teams decide to play against each other for the next part of…
Anime 17 hours ago

The Todoroki family offers their support to Endeavor. Best Jeanist and Hawks do the same and suggest the top three…
Anime 17 hours ago

Freeridge is hitting Netflix later this week. The teen comedy spin-off to the fan-favorite series On My Block is upon us.…
TV 19 hours ago

Ranpo meets up with Poe. They witness a crime, but Ranpo still manages to deduce what happened. Here are the…
Anime 4 days ago