Netflix has announced a number of new notable cast members that will be joining the streamer’s upcoming live-action Avatar: The Last Airbender series.

Included in the recent cast additions is iconic actor George Takei, who is set to play a predatory ancient spirit named Koh. Takei previously cameoed in the series, where he played a Fire Nation prison warden.

Based on Nickelodeon’s beloved animated series, Avatar: The Last Airbender will be led by Filipino-Canadian actor Gordon Cormier (The Stand) as Aang, Kiawentiio (Anne with an E) as Katara, Ian Ousley (Physical) as Sokka, and Dallas Liu (PEN15) as Zuko. Joining them are Daniel Dae Kim as Fire Lord Ozai, Paul Sun-Hyung Lee as Uncle Iroh, Lim Kay Siu as Gyatso, and Ken Leung as Commander Zhao.

You can check out a chart of the recently announced actors and the characters they’ll be portraying below: 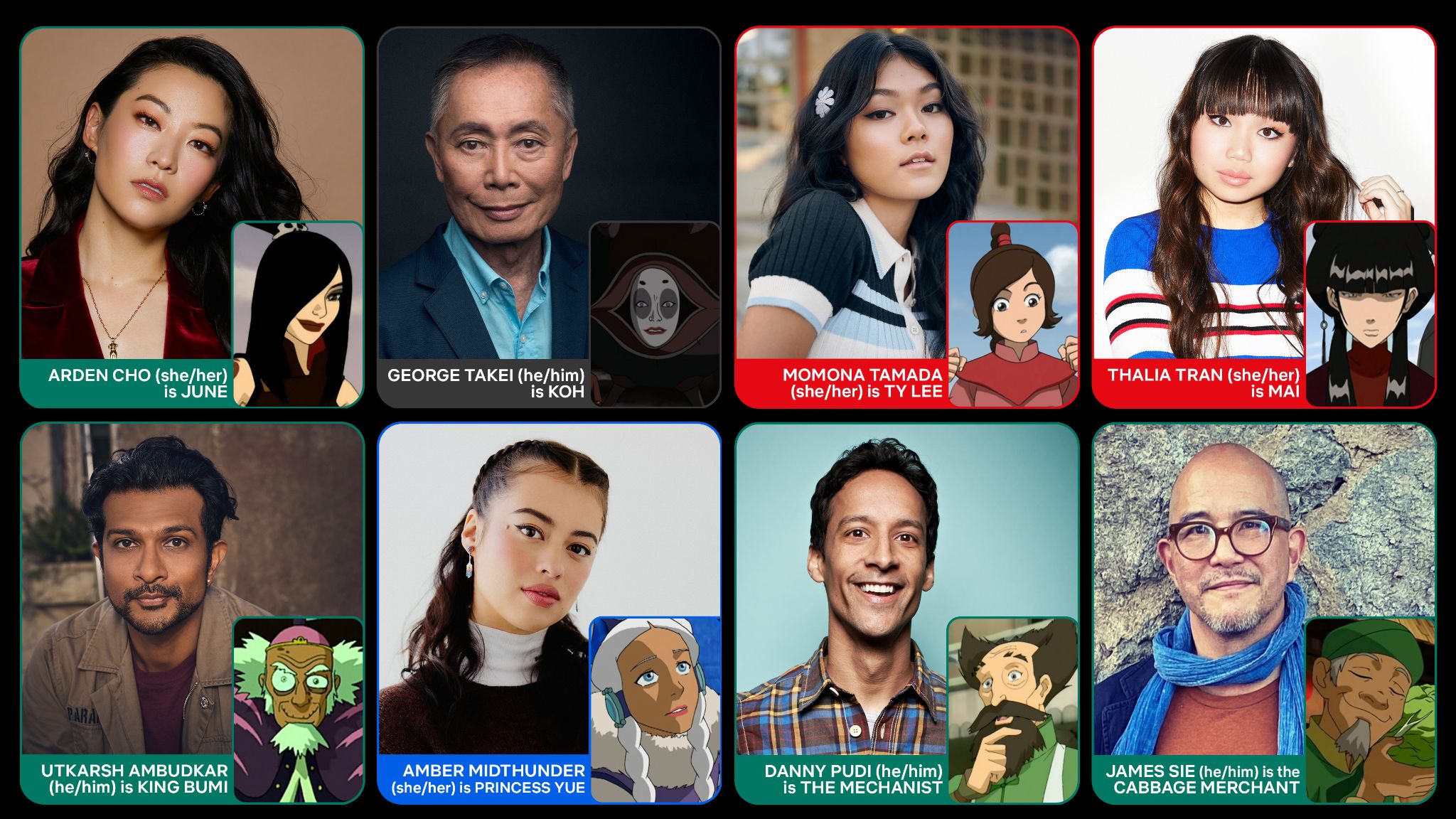 The live-action series hails from Sleepy Hollow‘s Albert Kim, who is serving as the showrunner, writer, and executive producer. In his personal letter to fans, Kim went on to stress the importance of authenticity and representation, as well as the project’s huge responsibility to deliver a story that highlights Asian and Indigenous characters.

Netflix’s The Avatar: The Last Airbender series is executive produced by Dan Lin and Lindsey Liberatore. It is being directed by Michael Goi, Roseanne Liang, and Jabba Raisaini, with Goi and Liang also serving as executive producers.

As promised, James Gunn revealed some of the upcoming DC Universe schedule today, giving fans a better look at what…
Movies 4 hours ago

Netflix has already announced that a second season of the hit series Wednesday would be coming. However, star Jenna Ortega…
TV 2 weeks ago

More than four years since Daredevil ended its three-season run, Charlie Cox is finally making his Netflix comeback by leading…
TV 2 months ago

Netflix has announced that production on the upcoming second season of Heartstopper has finally been completed. RELATED: Agatha: Coven of Chaos…
TV 2 months ago