With the upcoming Westworld Season 4 Episode 4 release, HBO’s show will reach its midpoint.

The latest installment in the series created by Lisa Joy and Jonathan Nolan has seen the return of Jeffrey Wright’s Bernard, who is doing his best to save humanity from sure destruction. Additionally, fans got an excellent introduction to the new 1920s theme park as Maeve and Caleb ventured through its streets.

When to Watch Westworld Season 4 Episode 4 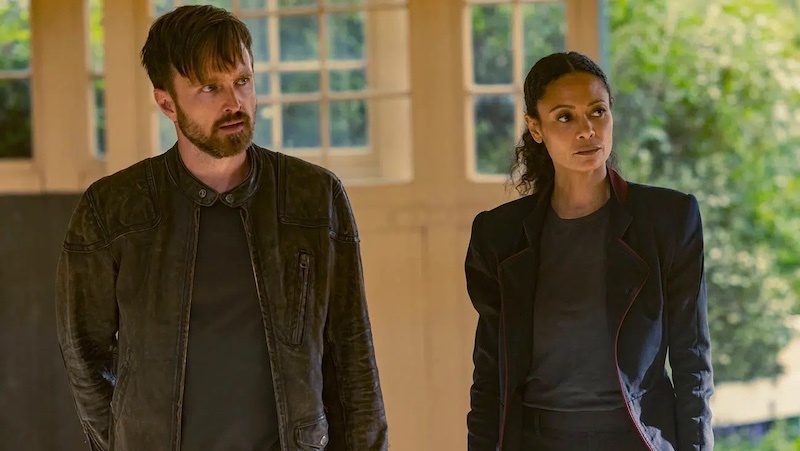 Westworld Season 4 Episode 4 will debut on HBO and HBO Max at 9 p.m. ET/6 p.m. PT on Sunday, July 17. Highly appreciated cinematographer Paul Cameron directed “Generation Loss,” the episode written by Kevin Lau and Suzanne Wrubel. Unlike its first two runs, Westworld Season 4 is composed of eight episodes, like the previous season. The new episodes will follow weekly until Aug. 14, the season finale date. Judging from the promotional material, the next episode will focus mainly on Caleb.

You can check the Westworld Season 4 Episode 4 promo here below.

“Westworld is a dystopian sci-fi drama based on Michael Crichton’s 1973 film of the same name. It is a dark odyssey about the dawn of artificial consciousness and the birth of a new form of life on Earth. It centers around a technologically-advanced amusement park, where human-like android hosts are programmed to fulfill each high-paying guest’s wants and desires,” reads the synopsis.

The South Park Season 26 premiere is approaching on Comedy Central. In a matter of hours, Comedy Central will air…
TV 18 hours ago

The much-anticipated You Season 4 Part 1 is just a few days away from hitting Netflix. Joe Goldberg is back…
TV 2 days ago

Harley Quinn: A Very Problematic Valentine’s Day Special is premiering on HBO Max this week. The streaming service will release a…
TV 2 days ago