Critically acclaimed musician Thundercat made his acting debut in the latest episode of The Book of Boba Fett.

Now the official Twitter account for the Disney+ show has released a poster showing off Thundercat’s Star Wars character. The bassist appeared in the episode “The Gathering Storm” as a body-modification artist who sports a robot hand. While it appeared to be a small cameo, it looks like he’ll have more appearances if a poster is being made.

Check out the new The Book of Boba Fett poster below: 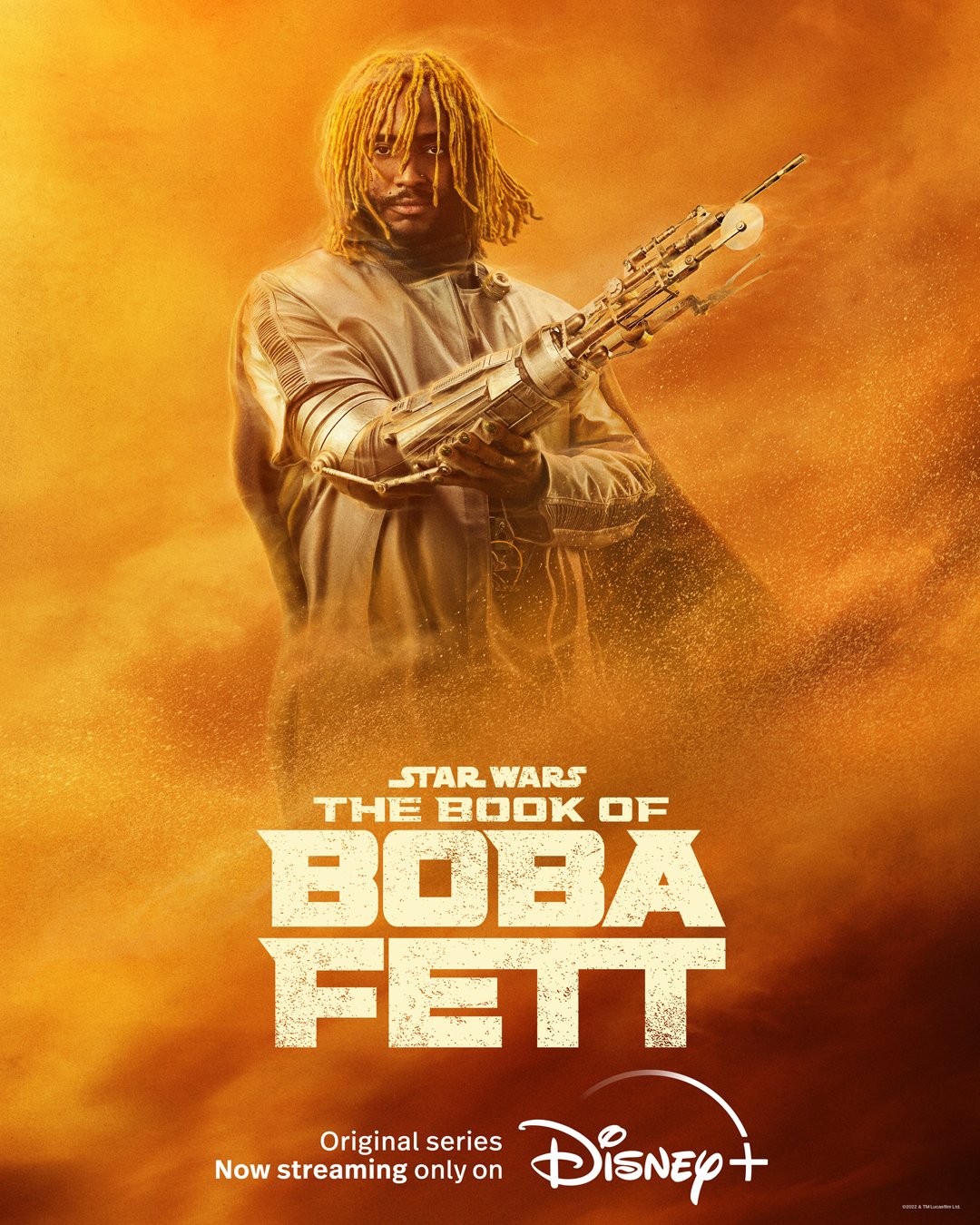 The Book of Boba Fett sees the return of Temuera Morrison as he reprises his fan-favorite space bounty hunter role as Boba Fett, who was last seen by Star Wars fans during the post-credits scene of the second season finale of The Mandalorian.

“A thrilling Star Wars adventure,” reads the logline. “It finds legendary bounty hunter Boba Fett and mercenary Fennec Shand navigating the Galaxy’s underworld when they return to the sands of Tatooine to stake their claim on the territory once ruled by Jabba the Hutt and his crime syndicate.”

RELATED: Robert Rodriguez on The Book of Boba Fett: ‘Every Episode Has Big Surprises’

While The Batman sequel won’t be taking place in the DC Universe’s main timeline, it is still happening and we…
Movies 6 hours ago

During the unveiling of the future of the DC Universe slate, co-CEO of DC Studios Peter Safran commented on the…
Movies 58 mins ago

In a video detailing DC Studios’ cinematic slate, co-CEO James Gunn revealed his plans for the DCU’s Batman, who will…
Movies 6 hours ago

Ahead of next week’s premiere of Season 2 of Star Wars: The Bad Batch on Disney+, a batch of new…
TV 1 month ago