SYFY and USA Network’s hit series Chucky has been renewed for a second season after reaching 9.5 million viewers in its first season across all platforms. The Season 1 finale will air Tuesday, November 30 at 10:00 p.m. ET/PT on USA and SYFY. The first season will be available to stream on Peacock beginning December 1.

“We’re thrilled to start pulling the strings on a second season of puppet mayhem with Chucky,” said executive producer Don Mancini. “Many thanks to our partners at USA, SYFY and UCP for their incredible support and guidance bringing Chucky to the small screen, bigger than ever. And to the fans, Chucky sends his still-undying thanks and a message: ‘This isn’t over, not by a long shot. You better watch your backs in 2022!’”

Check out the Season 2 announcement video below:

Season 1 is led by a group of young stars including Zackary Arthur, Teo Briones, Bjorgvin Arnarson, and Alyvia Alyn Lind along with Devon Sawa, Lexa Doig, and Barbara Alyn Woods. Joining them are franchise vets Brad Dourif, Jennifer Tilly, and Fiona Dourif, who reprised their roles as the voice of the titular killer doll, Tiffany, and Nica Pierce, respectively.

Chucky is “set in an idyllic American town thrown into chaos as a series of horrifying murders sweep through and threaten to expose the town’s hypocrisies and secrets, all of which come on the heels of a vintage Chucky doll turning up at a suburban yard sale,” reads the official synopsis. “At the same time, the titular doll must deal with the arrival of enemies and allies from his past who threaten to expose the truth behind the killings and the untold origins as a seemingly ordinary child turned demonic killer.” 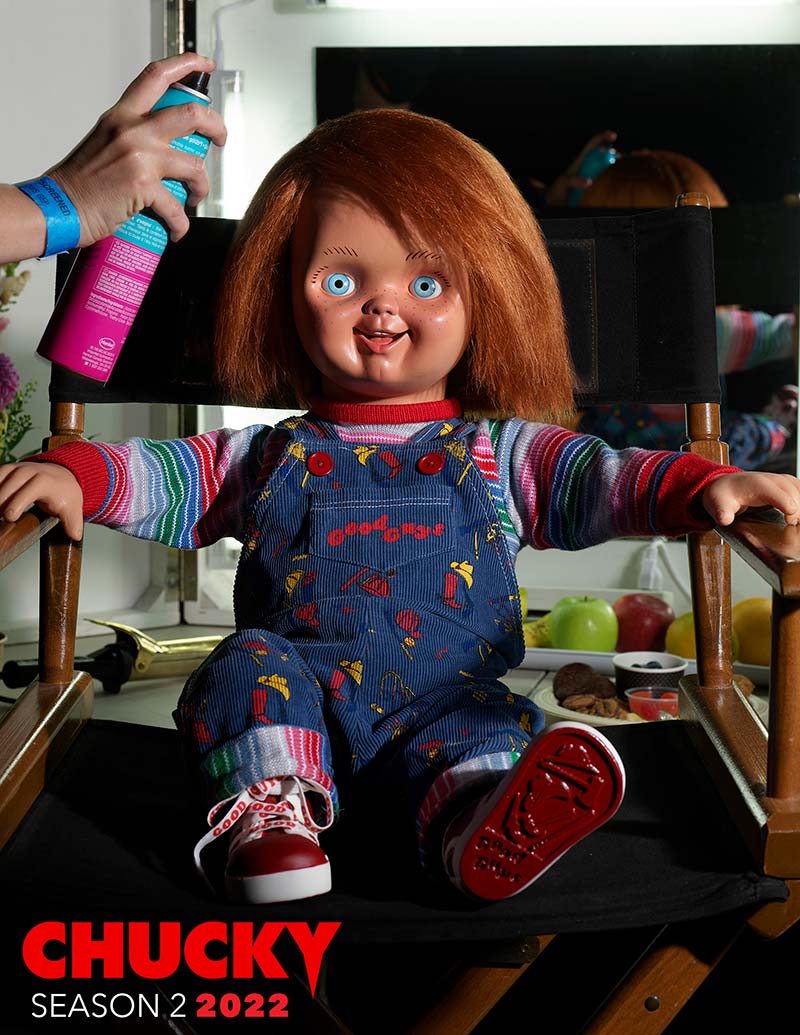 Halloween Horror Nights to Get Chucky-Themed Haunted House in 2023

Universal Studios has announced the first all-new haunted house for Halloween Horror Nights 2023, which will be based on the…
TV 3 months ago

Syfy and USA Network have dropped the official trailer for the upcoming second season of the slasher horror series Chucky,…
TV 5 months ago

Based on a True Story: Kaley Cuoco to Lead Peacock’s Dark Comedy Series

According to Deadline, The Flight Attendant star Kaley Cuoco has officially signed on for the leading role in Peacock’s forthcoming…
TV 6 months ago

As production continues on Chucky Season 2, Syfy and the USA Network have officially announced the addition of Lachlan Watson…
TV 7 months ago