In the previous episode of It’s Always Sunny in Philadelphia, Dennis helped the gang solve the bathroom issue in time to go to the Jimmy Buffett concert. What does this next installment have in store? Let’s find out as we recap It’s Always Sunny In Philadelphia season 13 episode 7 ‘The Gang Does A Clip Show!’ 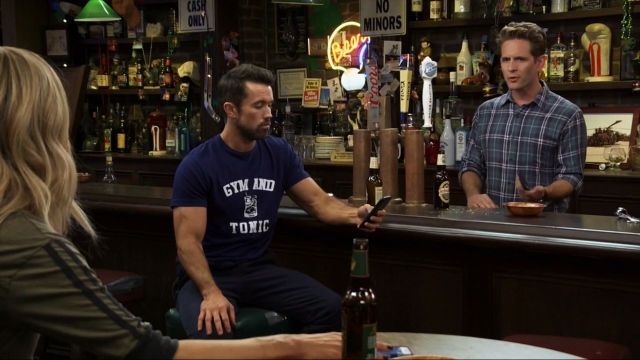 The entire gang was complaining about how slow their phones were running, until Mac informed them that was a new software update. The group began to download and realized that it would take approximately 30 minutes for their phones to update. They decided to relax and reminisce on old times. Frank recalled the time he had sewn himself into the couch naked. Dee attempted to bring up her past endeavors as different characters, but none of the other guys could remember any of those. They did recall some of the times that had gotten injured. 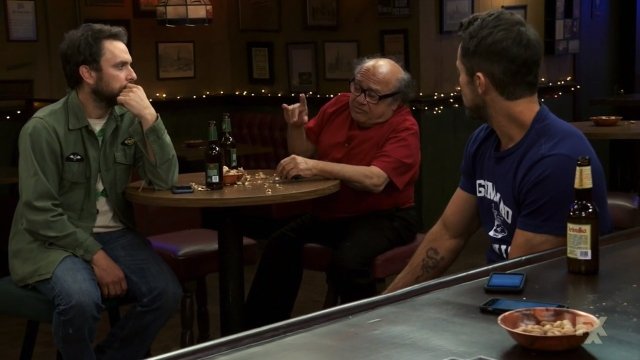 Mac and Charlie discussed the time they attempted to fake their own deaths and nearly caused Mac’s death. They also discussed their trip to their high school reunion as well as the time Dennis left Philadelphia. Dennis pointed out that some of their memories were faulty and did not actually happen that way. They began to argue over who turned off the lights when Dennis left the bar.

Charlie brought up the time he was given a pill to learn Chinese, but everyone else pointed out that that never happened. Mac established that he was having a great deal of fun and wanted to continue the memory session. Dee then brought up the time they competed in ‘The Contest’ (for reference, ‘The Contest’ is an episode of Seinfeld in which the members compete to see who can go the longest without masturbating). Only Dennis pointed out that they were not the ones who did that. He brought up the episode of Seinfeld and corrected the group that they did a ‘contest’ that was the polar opposite and ended with everyone in the hospital. 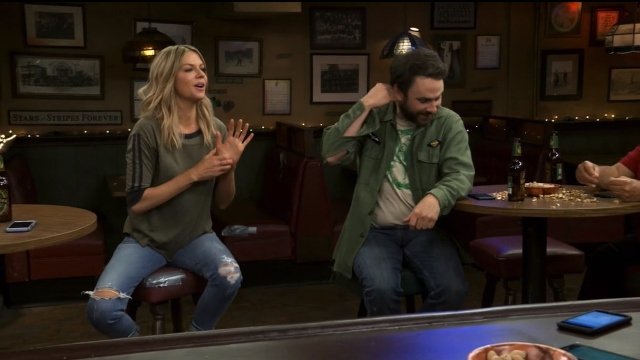 Charlie tried to change his current reality by remembering that he got the Waitress pregnant. Then the Waitress and Charlie strode into the bar with their baby. Charlie immediately recognized that there were now two Charlies, while everyone else in the group remarked about how bizarre and weird this whole situation was. Dennis then pointed out that they must be inside someone else’s memory, as he noticed that Frank now had hair and very long legs. The gang’s phones finished updating and they returned to their daily lives.

What did you think about It’s Always Sunny In Philadelphia season 13 episode 7? Let us know down in the comment section!

What did you think of this week's episode?
TV 7 months ago

The schedule for the new movie and TV titles coming to Hulu in December 2021 has been revealed, which you can view…
TV 1 year ago