Explained: What Happened in the She-Hulk Finale?

The She-Hulk finale was surprising, to say the least.

After nine episodes, the latest Marvel Studios series has wrapped up. She-Hulk received mixed reviews from critics and fans and undoubtedly will be recalled as a very peculiar Marvel Cinematic Universe product. She-Hulk Episode 9 introduced some new MCU characters and expanded Hulk’s family.

RELATED: She-Hulk Explained: Who Is Leap-Frog, the Villain From Episode 8 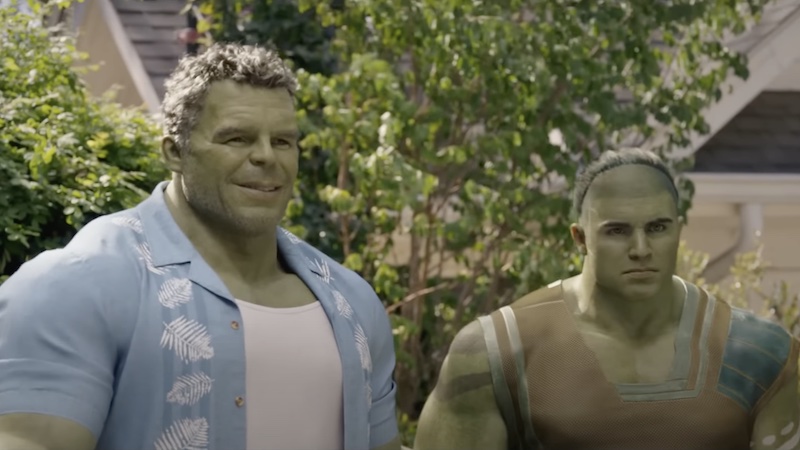 Skaar is the Hulk’s son who debuted in the She-Hulk finale. Bruce Banner introduced him to the rest of his family, to everyone’s surprise. Apparently, he is the reason Bruce Banner had to leave Earth quickly, as seen in the opening episodes. Bruce didn’t say much about him, nor does Skaar utter any words. Audiences will have to wait for more information about his whys and hows.

In the comics, he is the offspring of the Hulk and Caiera the Oldstrong. Created by Greg Pak and John Romita Jr., Skaar makes his first appearance in World War Hulk #5. He possesses pretty much all his father’s powers, including strength, durability, and stamina, but he also got a share of his mother’s Old Power, which allows him to manipulate lava and stone. The relationship with his father was never easy, especially in the beginning. Skaar grew up as an orphan on Sakaar since his mother died shortly after his birth. Once he matured, he traveled to Earth, seeking to kill his father. Ultimately, Bruce convinced Skaar to fight for the right cause, and he became one of the Earth’s protectors.

RELATED: She-Hulk Explained: Who Are The Abomination’s Gang Members? 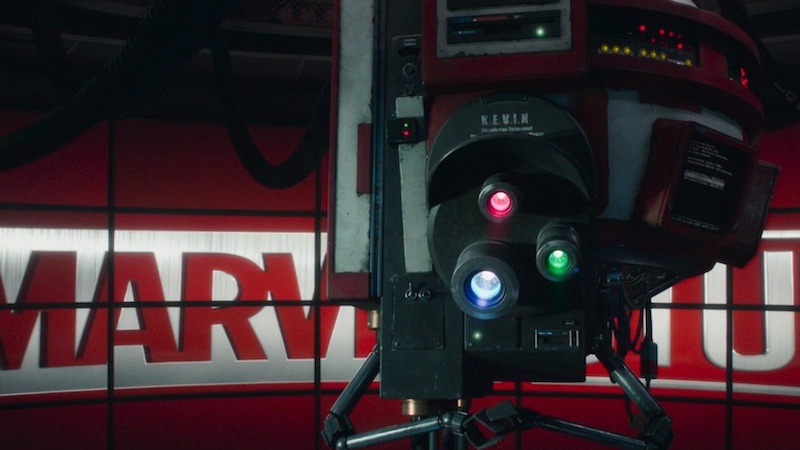 The She-Hulk finale also introduced a very unexpected robot called K.E.V.I.N., a.k.a. Knowledge Enhanced Visual Interconnectivity Nexus. In the story, he is responsible for the She-Hulk show and, generally, all Marvel properties. The character is a blatant parody of Marvel Studios’ kingpin, Kevin Feige, and it even wears a hat like the Marvel Studios president. She-Hulk has often broken the fourth wall, but no one would have ever imagined that the titular heroine would go that far down the metanarrative hole to storm into the Marvel Studios headquarters and question K.E.V.I.N. himself. We’ll see how and whether the MCU will include K.E.V.I.N. again, but it certainly opens limitless possibilities.

Is There a Post-Credit Scene?

Yes, the She-Hulk finale has a post-credit scene. After violating his parole and transforming into Abomination again, Emil Blonsky is forced to return to prison. Emil peacefully accepts his situation as a karmic price to pay for his actions. At least, that’s what he says to Jennifer Walkers. In reality, he waited for Wong to show up and take him to Kamar-Taj. In their brief dialogue, Wong mentions that he has been “sucked” into another TV show. Was it another metanarrative reference to another MCU series? Or was it just a funny way to say that he found another show to watch after finishing The Sopranos? We’ll have to wait to find out.

Hollywood is once again in mourning as Annie Wersching has passed away. Best known for her television roles, such as…
TV 3 hours ago

Jonathan Majors is set to introduce the Marvel Cinematic Universe to its next big bad villain in Kang the Conqueror.…
Movies 2 weeks ago