Movies and TV shows that adapt books to the screen don’t always get it right. However, for some books, there is a glimmer of hope. With remake mania still sweeping through Hollywood, in recent years we’ve been fortunate enough to have some excellent novels push past their disastrous first adaptations and take on new life, like A Series of Unfortunate Events and the upcoming Percy Jackson series on Disney+ that, frankly, can’t be worse than the movie.

The same goes for Eragon. When I was younger, I absolutely loved the Eragon books. They hit right when children and young adult literature realized that Harry Potter was not just an anomaly, but that children could read books longer than Cam Jansen. Not only that, but they realized that fantasy was a viable genre with much to be explored in a younger context. Like Harry Potter, a movie adaptation soon followed suit and then … well, didn’t go too well.

But the dragon-focused series is getting another shot at the big time, as a new series based on Eragon was announced to be in development for Disney+ earlier this year. This means the iconic book series has another chance at receiving a proper adaptation … but why stop there? Let’s look at five other books that should receive the Eragon treatment: 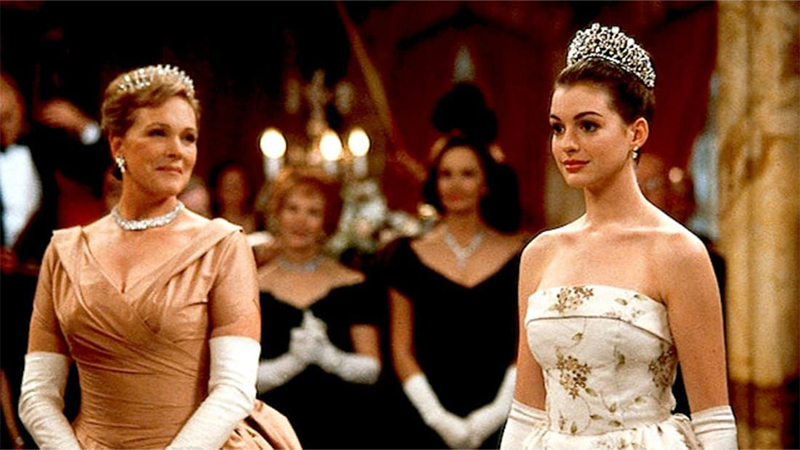 Unlike some other entries on this list, I genuinely love the Princess Diaries movies — they’re great fun! Anne Hathaway and Julie Andrews are a delight, and they’re great movies to watch on a rainy day. That being said, the movies are a world apart from the book series that ends up spanning 10 books, two adult spin-offs, and several novellas and short stories. There’s so much that was missing or misconstrued in the movie that I’d love to see play out on the small screen and nine books worth of plotlines that weren’t even touched.

There’s drama, friendship, misunderstandings, and a whole lot of heart that could be shown in a series that hems closer to the books. The story of a teenage girl who suddenly finds out she’s the Princess of a small, European principality and has to deal with the consequences of that is already unique. Throw in navigating the pitfalls of high school in a relatable but not overly dramatized way, and you have an excitingly uncommon concept. 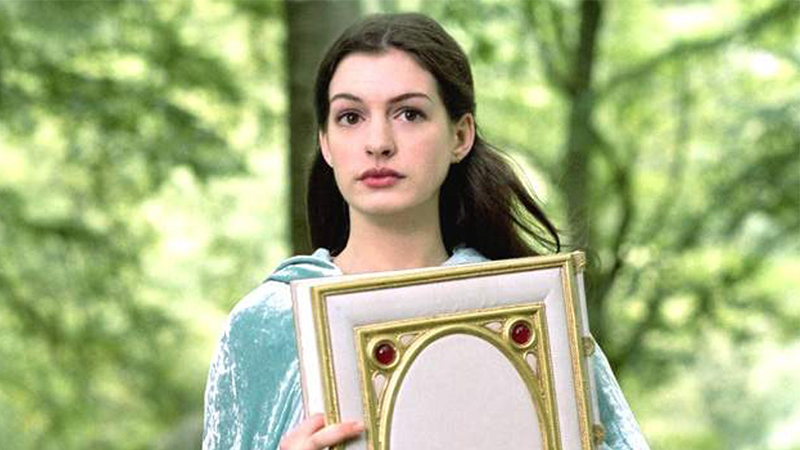 Ella Enchanted is a whimsical and very funny movie, well-deserving of being watched and re-watched in its own right. Unfortunately, it’s also a very poor adaptation of the source material. Keeping the main characters’ names and the central conceit of “Ella must be obedient” is basically where the similarities end.

The book tells a wonderful story about inner strength and the courage to dream. This tale could be told very well in film, though it would be a little less action-packed and a bit more thoughtful. Still, there’s a reason the book has been a children’s classic for over 20 years and that alone merits a second chance. As Amazon has proved, there’s always room for yet another Cinderella twist, so why not make it one that we already know is good? 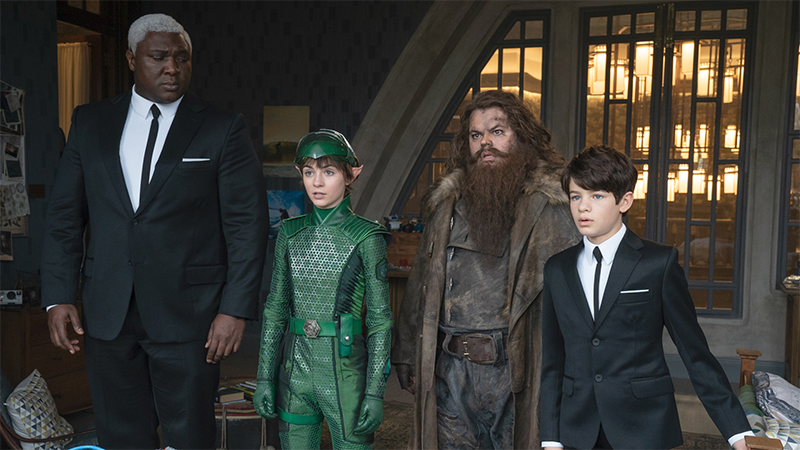 I’m not sure whoever wrote and directed Artemis Fowl has ever picked up a book in their lives, because they certainly didn’t pick up this one. The Artemis Fowl movie is like a physical result of a game of telephone — someone, originally, did read the books and told the plot to the next person, but by the time it ended up on screens, it was a complete monstrosity.

The tale of a kid criminal mastermind, his butler, a technologically advanced centaur, and an exceptionally brave elf all supported by a twist on the classic “there’s fairies living among us” that works so well in the books was butchered so, so badly. As any fan of the series will tell you, it’s a great and action-packed tale that does deserve to reach a wider audience and could work very well as a film or movie, so I’ll be setting my clocks for a Disney+ remake in 10 years. 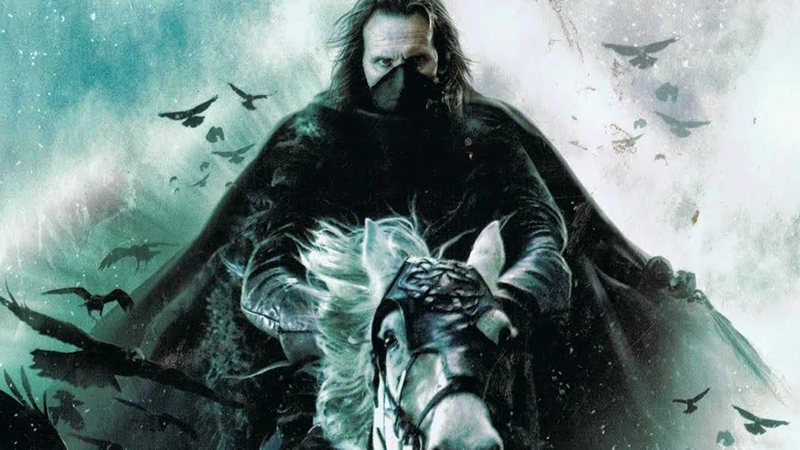 The Dark is Rising

I took one look at the trailer for The Seeker: The Dark is Rising and went “Absolutely not.” I’m biased, as it is my favorite book series, but it would be nice to have an adaptation done by a team that has in fact read the books. Or skimmed the Wikipedia page. Or even stood next to them in a bookstore.

My standards are pretty low at this point, but with the gobs of fantasy media hitting screens right now — a Lord of the Rings series, a Game of Thrones Prequel, a Wheel of Time series – there’s certainly room for a young adult story with a unique blend of magic, reality, and English nostalgia, topped off with a bittersweet twist. I mean, it’s better than turning it into a Hollywood-style straight up “chosen one” story. Plus, a new adaptation could be greatly improved by at least starting with the first book in the series, instead of the second. But maybe that’s just me. 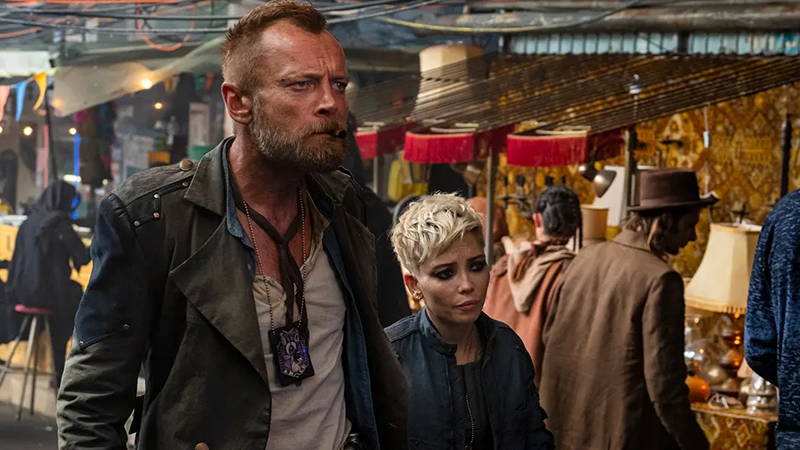 Discworld adaptations have ranged from “passable” to “dear god what is that thing.” Both ends of the spectrum are quite a shame, because the world that Terry Pratchett created holds so many opportunities. There’s a wealth of characters to play around with, different factions and groups to explore, and 41 books to draw plots and inspiration from.

A Discworld TV series or movie doesn’t even have to be a direct adaptation but can be something set in that world with the same tone — the funny, tongue in cheek satire with a dose of heart — that made the books so beloved in the first place. The point is that there’s a ton of options and a lot of room to play with, and Discworld certainly deserves better than to be remembered by TV fans as The Watch.

Kit Harington has played coy about a potential Game of Thrones spin-off series about Jon Snow, and that continued during…
TV 12 hours ago

Let’s take a look at Netflix’s Resident Evil cast and where you know the main actors from. Resident Evil is among the…
TV 7 months ago

Disney+ Is Where Marvel’s Phase 4 Is Truly Shining

There’s a moment in “The Making of What If…?” episode of the Marvel Studios: Assembled docuseries in which Marvel Studios head…
TV 9 months ago

With The Book of Boba Fett recently wrapping up and the Obi-Wan Kenobi series on the way to Disney+, Star Wars shows are…
TV 9 months ago

Moon Knight delivers its craziest episode yet, replete with hippos!
TV 10 months ago