Spooky Who: 11 Modern Doctor Who Episodes to Watch for Halloween

It’s October! Obviously, that means we need to make a list of spooky things to aid in your celebrations and what better place to look than Doctor Who? Filled with bizarre monsters, creepy aliens, and some downright unnerving humans, there’s no shortage of nightmare fuel in this series, but we’ve narrowed it down to pick out the best, scariest episode from each season. Allons-y! 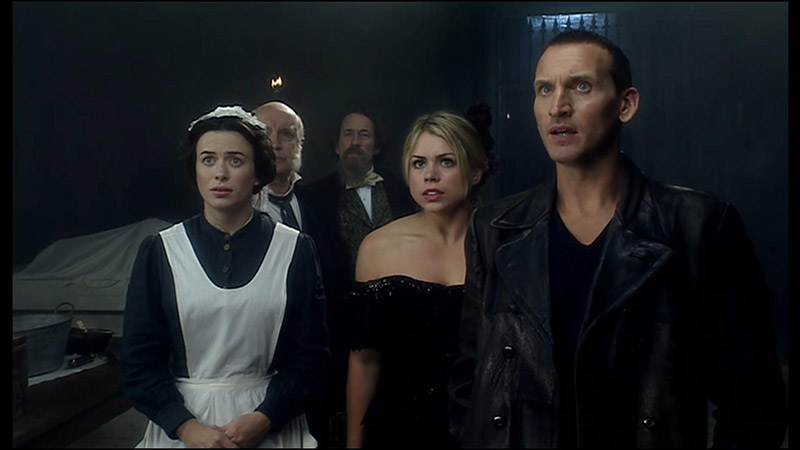 Admittedly, “The Unquiet Dead” is not a terribly well-written episode. It’s the first historical episode of the Ninth Doctor’s season and is clearly still trying to find its legs as a show. With that being said, there is much to love here! Guest star Eve Myles is fantastic as Gwyneth, though she is rather better on Torchwood. Also of note is the appearance of Charles Dickens, whom the Doctor lovingly fanboys over. The main plot of the episode, that ghosts are coming to bring the dead back to life at a funeral parlor, is definitely creepy and the whole episode’s atmosphere is a real Halloween treat. 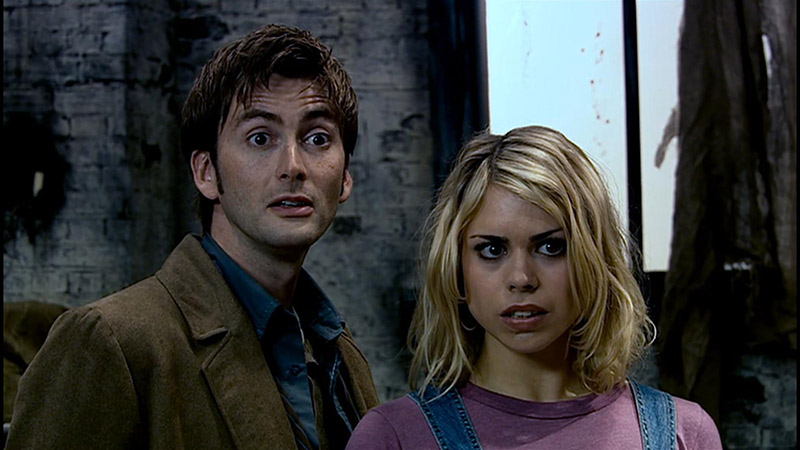 Werewolves! Well, sort of. The Tenth Doctor’s first historical outing is, like “The Unquiet Dead,” not very well written. But, there’s werewolves, Queen Victoria, the origins of Torchwood — not to mention you get to watch David Tennant going around licking things which is absolutely mad and brilliant at the same time. There are also plot holes that you could drive a truck through and Ian Hanmore as a downright disarming monk, so you take the good with the bad in this one. 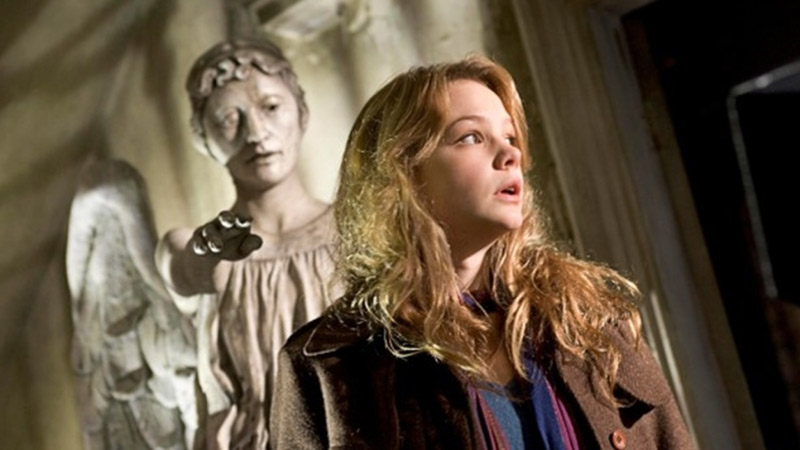 One of the fan-favorite episodes of the entire revival series, “Blink” actually focuses very little on the Doctor and companion Martha, and instead shows us the story of Sally Sparrow, an ordinary girl who gets caught up in things far beyond her control. This episode is the first appearance of the Weeping Angels, the origin of the quote “wibbly wobbly timey wimey… stuff,” and chock-full of the Angels. It’s also one of the best-written episodes this season and a sign that the show finally hit its stride, an absolute must-watch for any time of the year; and honestly, its appearance on this list is just a good excuse to go watch it again. 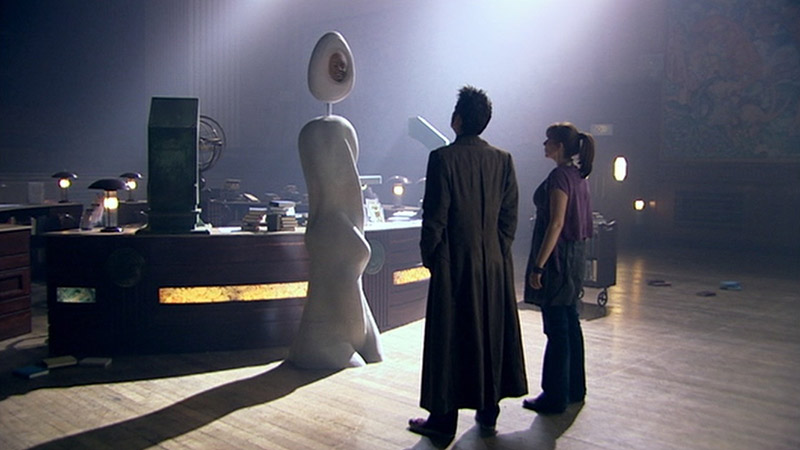 “Silence in the Library/Forest of the Dead”

This two-parter is most noted for introducing recurring character River Song — archaeologist, time traveler, and all-around knock-out (literally, if you piss her off). At the same time, the episode, and particularly Donna’s plot thread throughout, is extremely unsettling. The Vashta Nerada villains are microscopic organisms that kill people silently and move and prey through the darkness of shadows, so yeah, perfect episode to watch in a dark room! 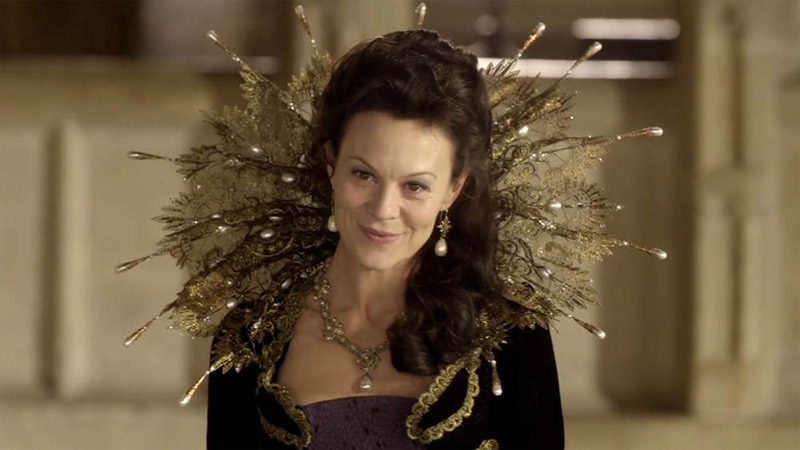 “The Vampires of Venice”

The first time that vampires have come up in the modern iteration of Doctor Who, they are at least substantially creepier than the kind the Fourth and Seventh doctors had encountered. Helen McCrory in particular, known for her role as Narcissa Malfoy in the Harry Potter films, might very well have been born to play a vampire. And although the vampires themselves are extraordinarily spooky, the Eleventh Doctor and Rory are both hysterically funny and the episode is one of the few in Season 5 with the three amigos all together … before Rory gets eaten by a crack in the wall. 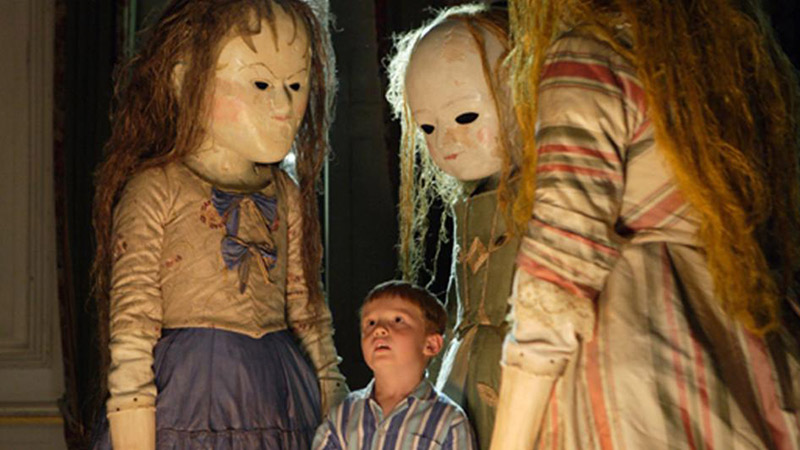 This episode honestly might be the most terrifying one on all the list, for the simple reason that the secondary villains of the episodes have such a creepy design. Bonus points for it not being super obvious what’s actually happening to Amy and Rory for a good portion of the episode, leaving even the Doctor confused. And besides, who doesn’t remember what it was like to be a child and afraid of things that go bump in the night? 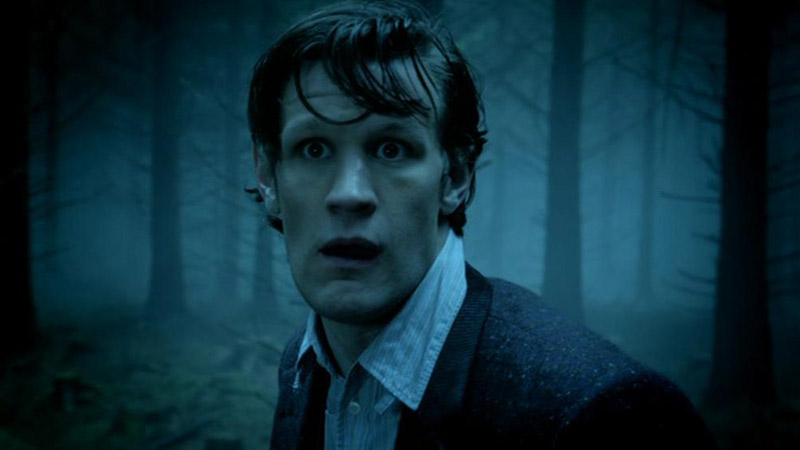 Clara and the Doctor get to take their turn at being ghostbusters! An old ghost story, a spooky old mansion, and unsettling noises, it’s the perfect haunted house. “Hide” has the perfect atmosphere for a Halloween episode full of ghosts and it doesn’t waste a second of it, which makes the twist at the end of the episode even better. 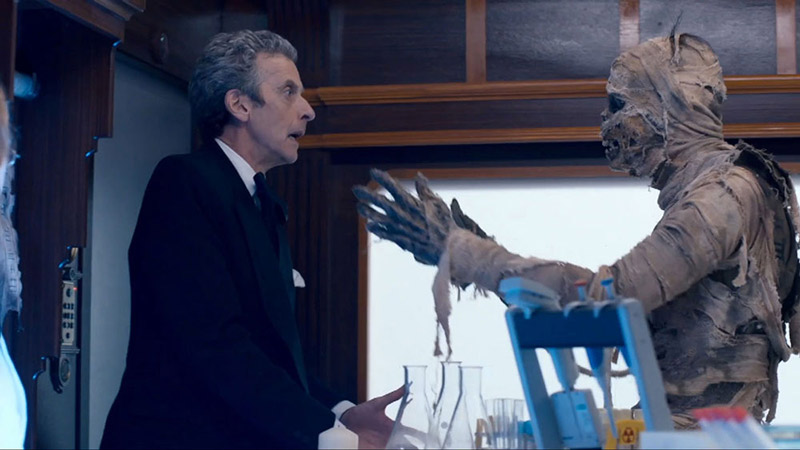 “Mummy on the Orient Express”

Mummies are an underutilized classic movie monster, showing up much less frequently in media than things such as werewolves or vampires. But they are no less scary, particularly if you’re the only one who can see them. Clara and the Doctor’s weird drama in this episode isn’t the best, but the mummy and the bizarre death sequences are all top-notch. 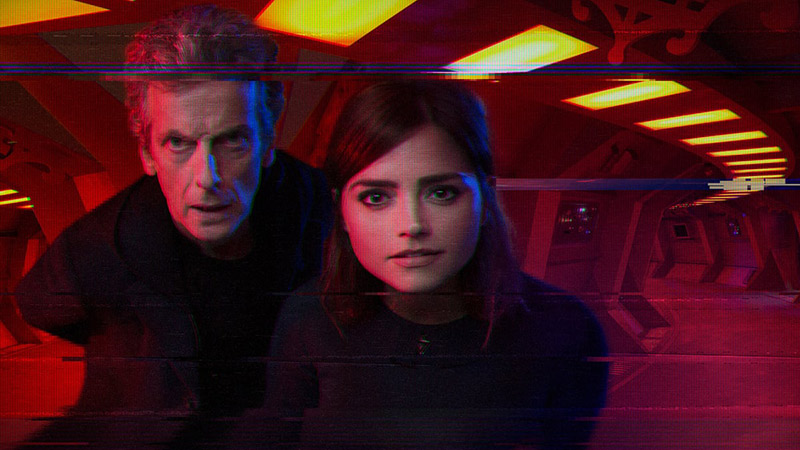 One of the highlights of “Sleep No More” and part of why this is such a spooky episode is the first person and security camera point of view. Reminiscent of something like Cloverfield, the lack of a steady camera is unsettling, as are the Sandmen monsters. However, this episode definitely saves the scariest scene for last, and I can’t blame anyone who doesn’t really feel safe going to sleep after watching this. 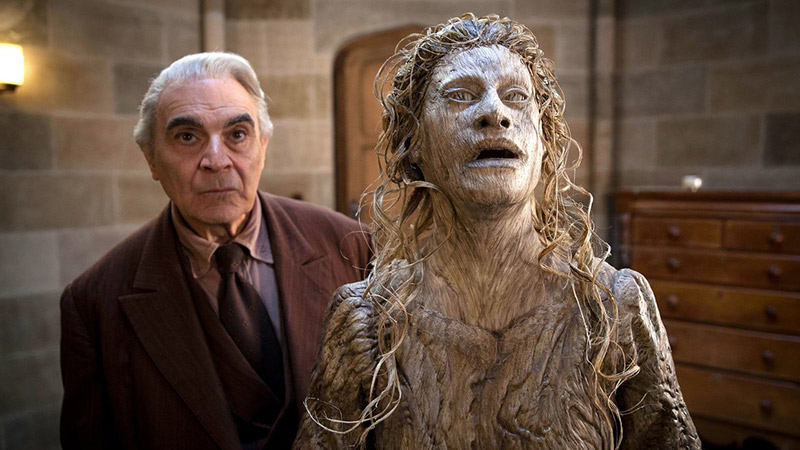 As if flatting during university wasn’t horrifying enough, poor Bill gets the short end of the stick, so to speak. A creepy house, no way to leave and discomforting monsters mix together to make this episode well and truly scary. Separating Bill and the Doctor for most of the episode is also an interesting twist, showing off each of their strengths individually and proving her to be a capable companion. However, it also reinforces the old adage – if something sounds too good to be true, it probably is. 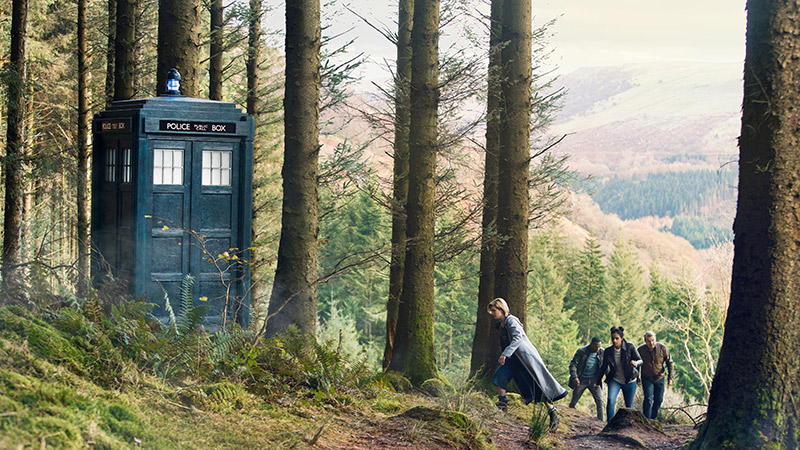 “It Takes You Away”

This was actually the first Jodie Whittaker episode I saw in whole, and I still think it’s one of the better ones. While the episode has a fair amount of traditional horror fuel, like flesh-eating moths, gruesome horror dimensions, and scary monsters in the woods, its real terror comes from imagining what you would do in a similar situation to the victims of the week. Without spoiling anything — can you love someone enough to let them go?

Hollywood is once again in mourning as Annie Wersching has passed away. Best known for her television roles, such as…
TV 3 hours ago

The Last of Us Episode 3 is just a few days away from hitting HBO Max. The situation is getting…
TV 3 days ago

Why The Last of Us Fans Should Watch 2018’s Prospect

Christmas is coming, so it’s time to watch all sorts of holiday specials to get into the festive spirit. Alongside…
Anime 1 month ago

BBC has dropped two brand new Doctor Who photos for the upcoming season of the long-running sci-fi drama, which will…
TV 1 month ago