In the previous episode of Netflix’s The OA, Prairie tapped into Nina’s memories. In The OA Season 2 finale she learned what Hap was researching, and BBA traced Prairie’s movements in the other dimension.

Nina met with Hap and remembered everything about their history in the current dimension. She had introduced Ruskin to Dr. Percy, who had manipulated Ruskin into creating the game to solve the house. Nina demanded to see what Hap had done with her money.

Hap took her to the locked room where he killed Rachel. It contained a pool of water where flowers sprouted from people Prairie knew: Scott, French, and Steve. Prairie broke the Nina persona as Hap described the flowers as a map of the multiverse. Ingesting the petals allowed him to glimpse the multiverse.

Outside, Prairie stumbled upon larger versions of Elodie’s cube. Hap started them up, saying they would be in a universe where she would lose faith. They awoke in a universe where Hap was Jason Isaacs, and Prairie was Brit. They were actors, and it was all a set. She fell on her head, and Hap rode with her in the ambulance. Steve chased after the ambulance and greeted Hap. In the elevator with Nina, Homer finally remembered. Unfortunately, the electricity went out as she left, and Homer got stuck. Renata came by and pointed out the irony. Homer had lured her into her own cage in the previous dimension, and she would be breaking him out of his. He raced to help Prairie, but Hap shot him in the back. Homer told her that he remembered, and she assured him they would be jumping. He promised to follow her. 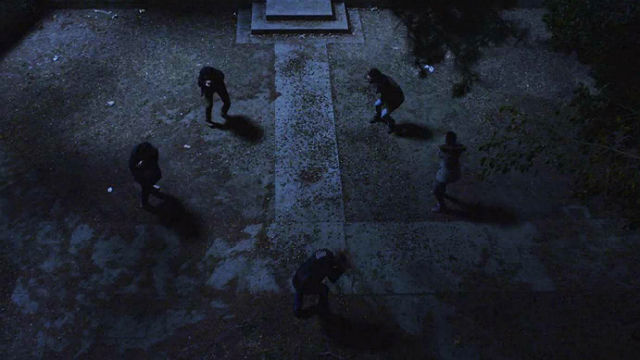 When Prairie had left the room, they followed her outside. As the cubes went through the movements, the five of them completed the movements as well. After waking from a dream, Karim left a voice recorder for Mo. He went back into the house, completed the tile puzzle, and ended up in the red mirror room. Karim found a T.S. Eliot quote on the wall, which led him back to the well. He opened an underwater gate, climbed a ladder and accessed the attic.

When Karim opened the rose window, he looked into a portal. He saw Prairie hover and fall into the movie set. Karim called out to Buck, convinced that Michelle was stuck there. After going back through, Michelle awoke from the bed at Ruskin’s and hugged her grandmother.

What did you think of the season finale of The OA? Let us know in the comment section below!

That ’90s Show Season 2 is now official as Netflix has announced a continuation of the sitcom. The renewal for…
TV 4 days ago

All the other teams continue participating in the event. Maple and Sally have a hard time fighting the last boss,…
Anime 4 days ago

Maple gets the item Sally wanted from the haunted mansion. The two of them decide to pair up for the…
Anime 2 weeks ago