In the previous episode of HBO’s Camping, the gang was up all night when Jandice accidentally gave Kathryn some Adderall and found out her engagement wasn’t intentional. Camping season 1 episode 5 had Kathryn frustrated with the group and throwing out her plans.

Kathryn confronted the group at breakfast since they had not shown up for Tai Chi. Fed up with being ignored, she announced that she had quit trying to keep them on schedule. What’s more, they had to go food shopping. Kathryn assumed an animal had gotten into their food, but it was really Sol. She didn’t give anyone shopping lists.

At the store, Kathryn and Walt fought over the pickles he wanted to get for himself and the guys. Meanwhile, Carleen argued with Joe about Jandice. He denied anything happened between them, but she didn’t believe him. Joe went off to find Sol, who had vomited in a sink in the back. She had run into Tyler, the local girl she had a crush on. When Joe found her, Sol confronted him about how he treats Carleen.

Back at camp, Carleen told Kathryn to speak more respectfully to her and Walt. When she took off, Joe yelled at Kathryn for telling Carleen about Jandice. Also frustrated, Walt just wanted everyone to go back to camp and have lunch. 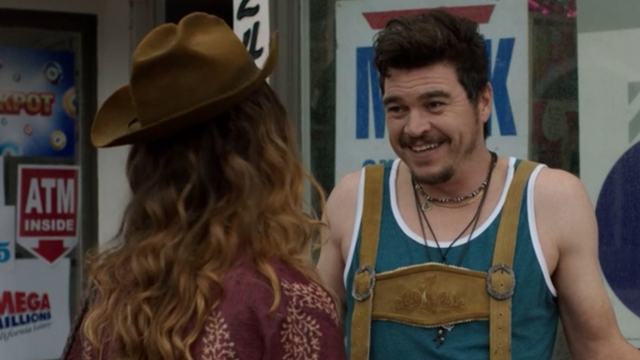 Jandice was still angry with Miguel. He convinced her to go to town with him, and she made him wear the lederhosen she had bought him. Miguel complied, but nothing he did convinced her to forgive him. Jandice got drunk at a bar and told him that she was 80% off him. He was upset and wanted her to chill out. She declared that she had coke and wanted to snort it off his penis. 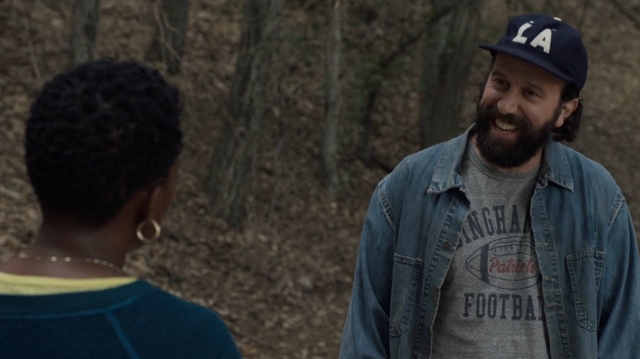 Nina-Joy and George went for a walk. When Nina-Joy asked if he was having fun, he blew up at her. Before the trip, he had discovered she made lunch plans with Braylen, the younger man she had cheated on him with. They put the argument on hold to get high in a barn, and Nina-Joy offered to give him oral sex. Afterwards, George still hadn’t forgiven her. She asked him what she could do to fix their relationship, and he declared he wanted to have sex with someone else so they would be even. He went further to say that he wanted to find someone to have sex with in their tent that night. Nina-Joy doubted he would be able to.

What did you think about Camping season 1 episode 5? Let us know in the comment section below!

Mitsuya meets with Taiju to discuss a truce. Meanwhile, Takemichi and Chifuyu are still determined to crush Black Dragon. Here…
Anime 2 days ago

Vash and his group end up inside a giant Worm. They also meet a suspicious man named Nicholas D. Wormwood.…
Anime 2 days ago

Ranpo meets up with Poe. They witness a crime, but Ranpo still manages to deduce what happened. Here are the…
Anime 5 days ago

The Last of Us‘ second episode finally introduced the Clickers, one of the game’s deadliest enemies. And while they share…
Games 1 week ago