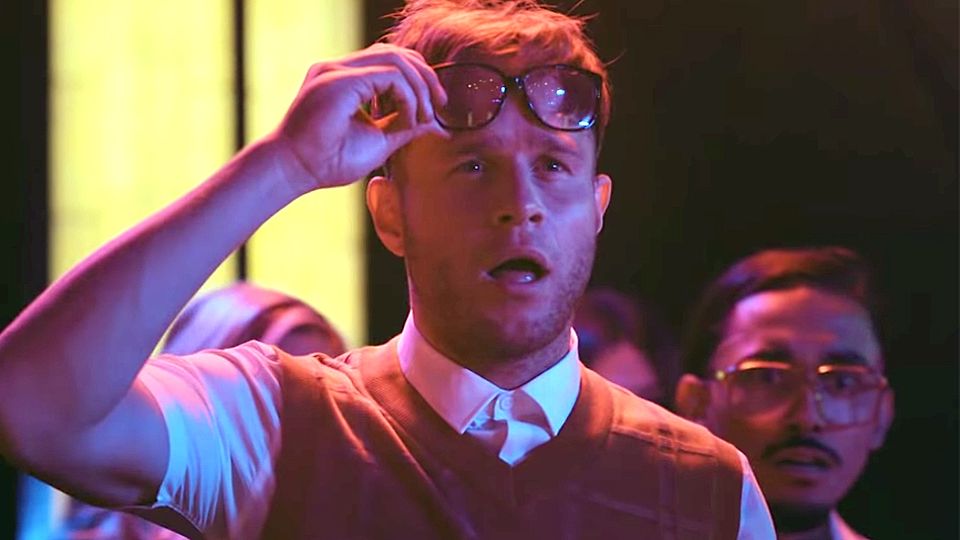 Olly Murs has teamed with Snoop Dogg for the video “Moves” as part of the soundtrack to the Rowan Atkinson spy caper Johnny English Strikes Again. Atkinson even shows up as a bartender to give the pop star a little help. You can check out the video in the post below!

Johnny English Strikes Again is the third installment of the Johnny English comedy series, with Atkinson returning as the much loved accidental secret agent. The new adventure begins when a cyber-attack reveals the identity of all active undercover agents in Britain, leaving Johnny English as the Secret Service’s last hope. Called out of retirement, English dives head first into action with the mission to find the mastermind hacker. As a man with few skills and analog methods, Johnny English must overcome the challenges of modern technology to make this mission a success.

The James Bond spoof began with the 2003 film that was co-written by Bond scribes Neal Purvis and Robert Wade (Casino Royale, Skyfall) and Davies (How to Train Your Dragon, Twins), telling the story of the bumbling MI-7 agent, Johnny English. The film also starred Ben Miller, Natalie Imbruglia, and John Malkovich. Produced on a budget of just $40 million, the film went on to gross over $160 million at the global box office.

The release date of the upcoming comedy is set for October 5 in the U.K. and October 26 in the U.S.

Rowan Atkinson is a talented comedic actor. His gift as a physical comedian is on clear display in any of…
Movies 4 years ago

The film will be release this October
Movies 4 years ago