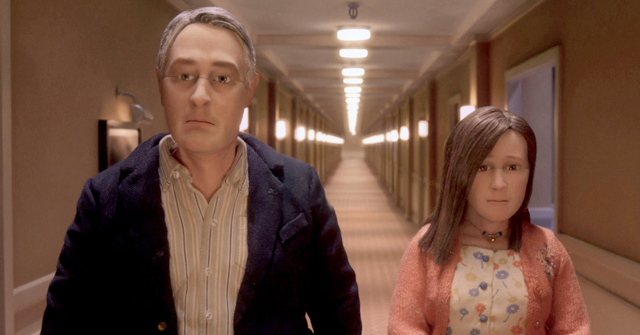 Charlie Kaufman’s critically-acclaimed Anomalisa has debuted a new featurette that takes a behind-the-scenes look at the painstaking stop-motion animation used to create the film’s striking look. Check out the Anomalisa featurette below!

Directed by Academy Award winning screenwriter Kaufman (Being John Malkovich, Eternal Sunshine of the Spotless Mind) and his co-director Duke Johnson (“Mary Shelley’s Frankenhole,” “Moral Orel”), the film revolves around author Michael Stone (David Thewlis), who struggles with his inability to connect to people and ultimately feels crippled by the mundanity of his life. One night, while on a routine business trip, he meets a stranger who changes his world view.

The voice cast of Anomlisa includes David Thewlis (The Theory of Everything, The Zero Theorem, the Harry Potter films) as lead character Michael and Jennifer Jason Leigh (The Hateful Eight, Synecdoche, New York, eXistenZ) as his love interest Lisa, while noted character actor Tom Noonan (The House of the Devil, Manhunter, “Hell on Wheels”) voices every other character in the film. Kaufman and Johnson produced along with Dino Stamatopoulos and Rosa Tran.

Paramount Pictures will release Anomalisa on December 30 in limited theaters in time for Oscar consideration.

Anomalisa Director Charlie Kaufman Getting a Retrospective at Landmark Theatres

Rupert Grint is best known for his role as Ron Weasley in the iconic Harry Potter movie franchise, and despite…
Movies 15 mins ago