ComingSoon is excited to debut an exclusive trailer for The Last Deal, the upcoming crime thriller that’s written and directed by Jonathan Salemi. The film is set to release in select theaters on February 7, 2023.

“A black market cannabis dealer gets squeezed out of the business when marijuana becomes legal, and is forced to make one last deal with the people he should trust the least,” reads the film’s synopsis.

Check out the exclusive The Last Deal trailer below:

“We used about 60 locations including working marijuana fields, on major bridges, the L.A. River, on airplane tarmacs. Actors that are also veteran stunt performers were casted in the leads so we could keep all the action on screen without cutting away, and keep it very real,” said Salemi. “The goal was to create this very big authentic world so you felt like you really are in this gritty underground industry.  I always appreciated in big-budget films the characters are in Italy, Australia, doing deals in Paris or New York City, you’re always seeing something new and in unique locations true to the characters.  I wanted that but within the cannabis industry of California and the dark crime-infested corners of downtown Los Angeles.” 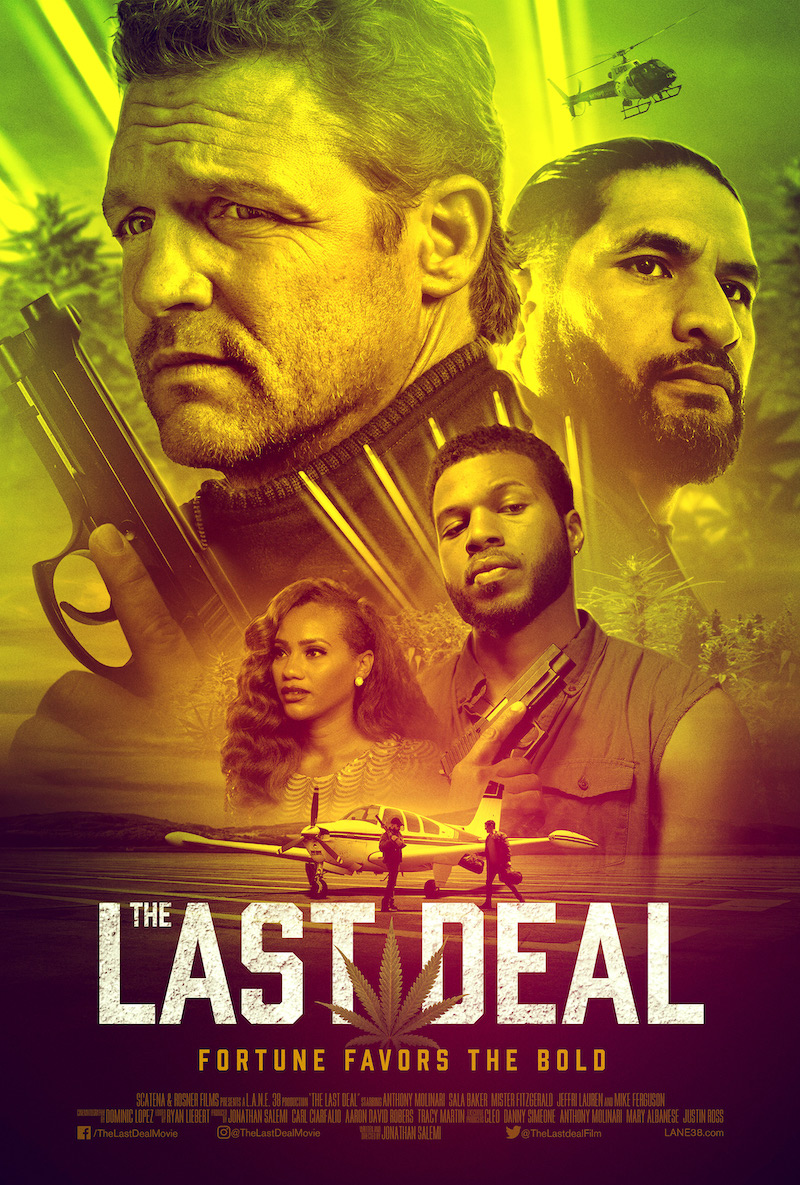 ComingSoon is debuting an exclusive Unexpected trailer for the upcoming comedy based on the Bob Tarte novel Enslaved by Ducks.…
Movies 1 day ago

ComingSoon is debuting an exclusive The First Step trailer for the award-winning documentary that follows media personality Van Jones. The…
Movies 1 day ago

ComingSoon is debuting an exclusive Lacuna trailer for the Rodrigo Lages-directed horror movie. “Filmed in about two weeks, during the…
Movies 2 days ago

ComingSoon is excited to premiere the Remember Yesterday trailer for Gravitas Ventures’ upcoming romantic comedy. Written and directed by actor…
Movies 1 week ago