ComingSoon is excited to debut an exclusive clip from the upcoming action thriller Project Legion, starring UFC superstar Donald “Cowboy” Cerrone. The film is set to release in select theaters on Friday, October 7, 2022. It will then be released on digital and on-demand on October 11, 2022.

“Feral creatures that prey on humans have descended upon the city,” reads the film’s synopsis. “A furious fight for survival begins as the outside world descends into chaos and a former Marine (UFC superstar Donald “Cowboy” Cerrone), barricaded inside his apartment, prepares to come out fighting.”

Check out the clip below:

MORE: Take a Look at Exclusive Cards From Fallout: The Official Tarot Deck

Project Legion is written by John Sullivan and Lance Kawas, and directed by Kawas as well. The film stars Donald “Cowboy” Cerrone and Brande Roderick. It is produced by Asif Akbar and Al Bravo. 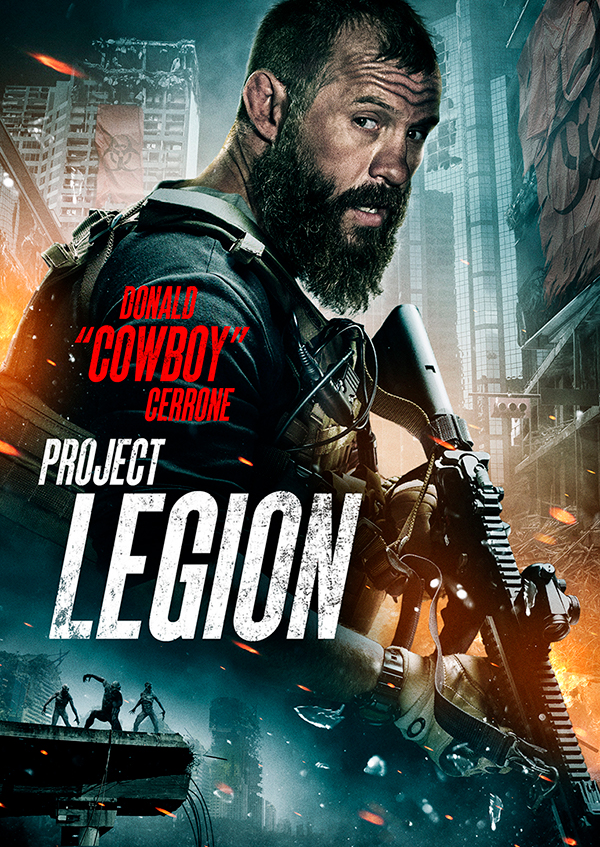 Speaking to Marvel ahead of Titan Books’ release of the Spider-Man No Way Home: The Official Movie Special Book, Andrew Garfield reflected on…
Movies 39 mins ago

ComingSoon is revealing an exclusive Swallowed poster for Momentum Pictures’ upcoming thriller film that stars Jena Malone. The movie is…
Movies 2 weeks ago

ComingSoon is debuting an exclusive Night Train clip from Saban Films’ upcoming action movie. The film is set to hit…
Movies 3 weeks ago

ComingSoon is debuting the final trailer for The Stalking Fields, the upcoming action thriller film from director Ric Maddox. The…
Movies 1 month ago