During Saturday’s Tudum event, the Enola Holmes 2 trailer was released, teasing a brand new mystery for Holmes to solve.

The film, which will see the return of Millie Bobby Brown as Enola Holmes and Henry Cavill as Sherlock Holmes, will also star Helena Bonham Carter, Louis Partridge, Adeel Akhtar, David Thewlis, Susan Wokoma, and Sharon Duncan-Brewster. The film is set for a November 4, 2022 release.

Check out the Enola Holmes 2 trailer below:

The Enola Holmes sequel is once again being directed by Emmy and BAFTA-winner Harry Bradbeer (Fleabag, Killing Eve, Ramy) from a screenplay written by returning scribe BAFTA and Tony Award winner Jack Thorne (Harry Potter and the Cursed Child, The Aeronauts). It is a co-production between Legendary and Netflix.

It is produced by Brown, and Paige Brown through their PCMA Productions banner, along with Legendary’s Mary Parent, Alex Garcia, and Ali Mendes. Executive producers are Bradbeer, Thorne, Michael Dreyer, and Legendary’s Joshua Grode.

Based on Nancy Springer’s Edgar Award-nominated book series The Enola Holmes Mysteries, the 2020 film was a major success for Netflix, with the streamer revealing that it had been watched by 76 million households during its first 28 days. 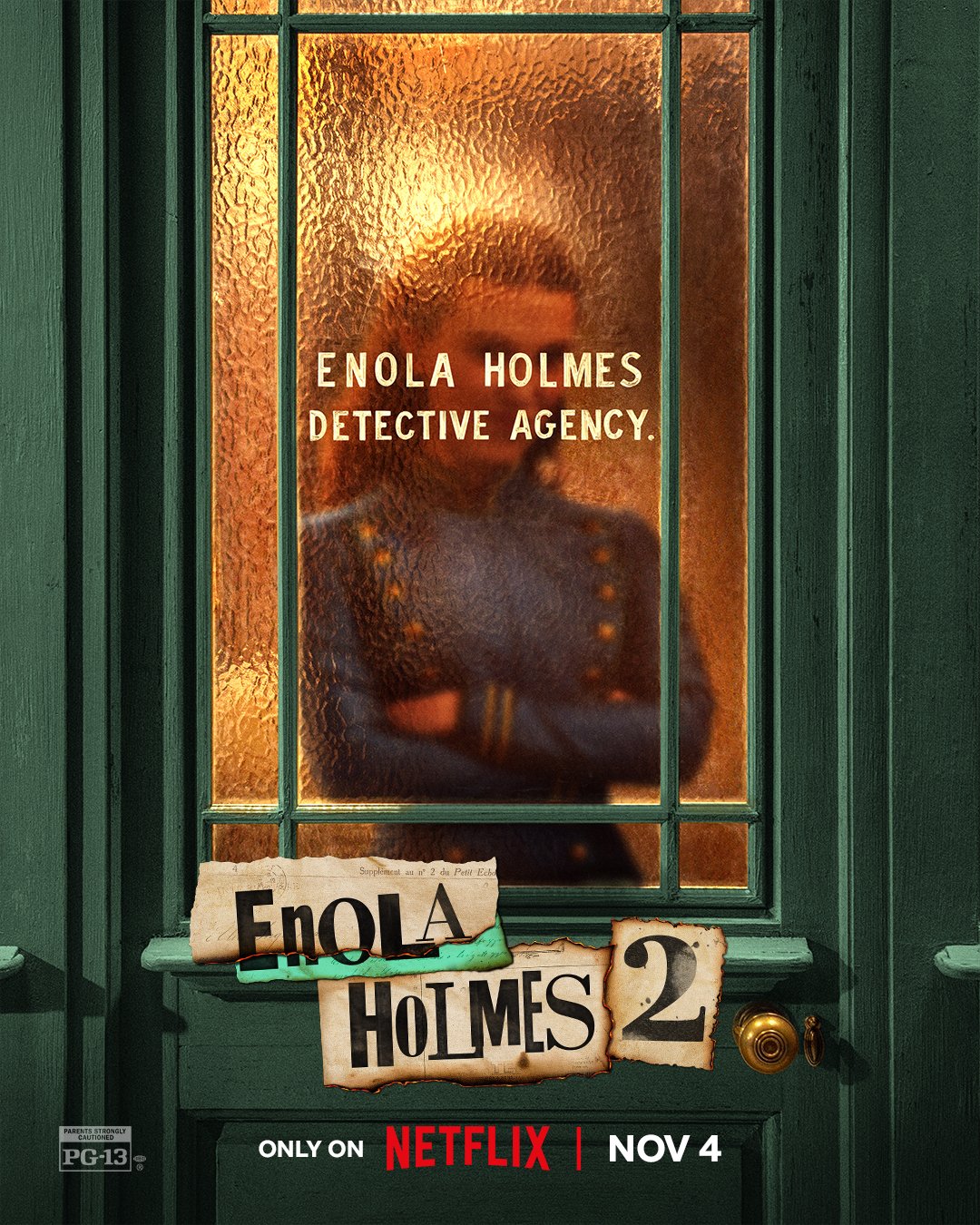 Netflix has released the Murder Mystery 2 trailer starring Adan Sandler and Jennifer Aniston for the upcoming comedy, which will…
Movies 1 week ago

Netflix has revealed the official trailer for The Big 4, the upcoming action crime comedy which hails from Indonesian filmmaker…
Movies 2 months ago

Millie Bobby Brown Details Being a Producer on Enola Holmes 2

Millie Bobby Brown is well known for starring in a variety of roles, but the actress has aims beyond just…
Movies 2 months ago

A post-credits scene in the recently released Enola Holmes 2 seemed to hint at an iconic duo teaming up, but…
Movies 3 months ago