ComingSoon is debuting an exclusive clip from the action-adventure family film The King’s Daughter, based on Vonda N. McIntyre’s novel The Moon and the Sun. Gravitas Ventures will release the movie in over 1,700 theaters nationwide on Friday, January 21, 2022.

“King Louis XIV’s (Pierce Brosnan) quest for immortality leads him to capture a mermaid’s (Bingbing Fan) life force, but his immovable will is challenged when his long-hidden illegitimate daughter (Kaya Scodelario) forms a bond with the magical creature,” reads the official synopsis.

Check out the exclusive The King’s Daughter clip below:

The King’s Daughter is narrated by Oscar winner Julie Andrews (Mary Poppins, The Sound of Music) and directed by Emmy nominee Sean McNamara (That’s So Raven). It was adapted for the screen by Barry Berman and James Schamus. 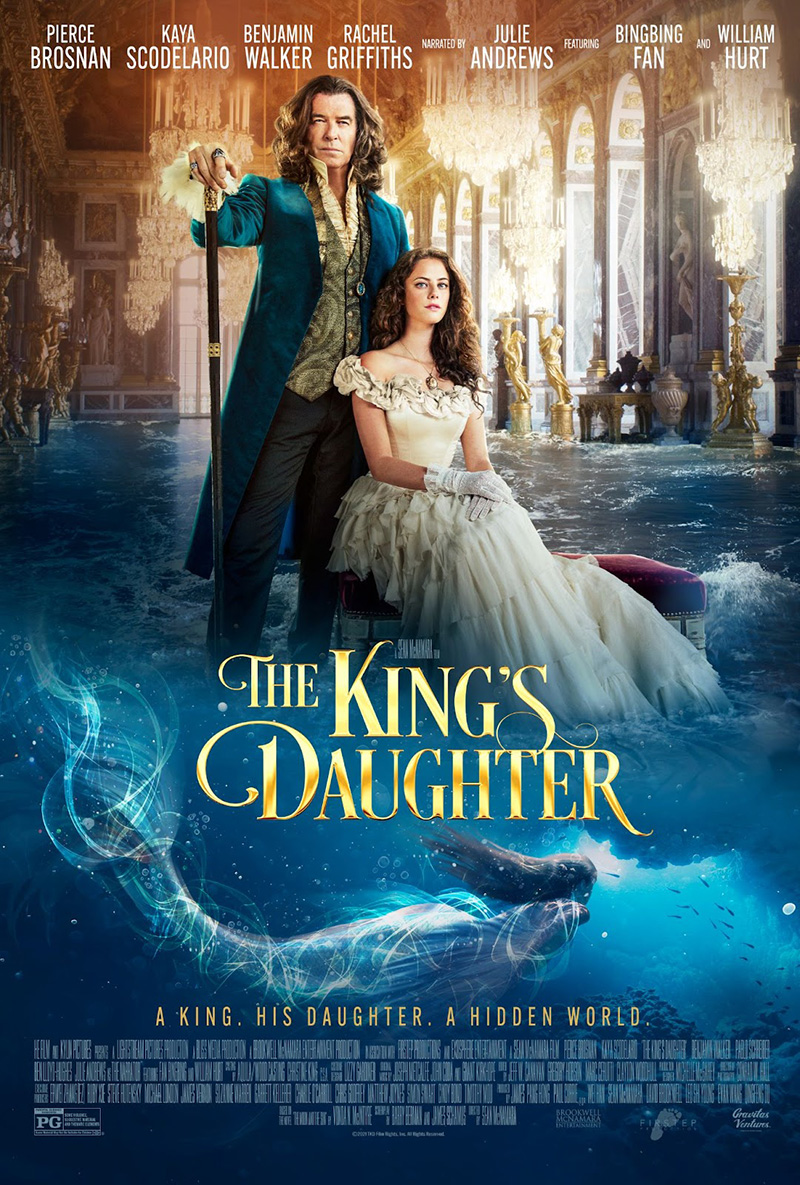 Exclusive The King’s Daughter Deleted Scene: The Duke Gets His Title

ComingSoon is debuting an exclusive deleted scene from the action-adventure family film The King’s Daughter, based on Vonda N. McIntyre’s novel The Moon…
Movies 12 months ago

ComingSoon is debuting the exclusive trailer for the romance drama I’ll Find You, starring Adelaide Clemens (Rectify, The Great Gatsby,…
Movies 12 months ago

Exclusive The Other Me Trailer for David Lynch Executive Produced Film

ComingSoon is excited to debut the trailer for The Other Me, which Gravitas Ventures will release in theaters and on…
Movies 1 year ago