Focus Features has released a new trailer for the comedy crime drama Promising Young Woman starring Academy Award-nominee Carey Mulligan (An Education) and Bo Burnham (Eighth Grade). Releasing on Christmas Day, Friday, December 25, 2020, in theaters domestically, you can check out the trailer for the movie now in the player below along with the official poster!

From visionary director Emerald Fennell (Killing Eve) comes a delicious new take on revenge. Everyone said Cassie (Carey Mulligan) was a promising young woman… until a mysterious event abruptly derailed her future. But nothing in Cassie’s life is what it appears to be: she’s wickedly smart, tantalizingly cunning, and she’s living a secret double life by night. Now, an unexpected encounter is about to give Cassie a chance to right the wrongs of the past in this thrilling and wildly entertaining story.

Fennell produced along with Margot Robbie, Tom Ackerley, and Josey McNamara for LuckyChap Entertainment and Ben Browning and Ashley Fox for FilmNation Entertainment. 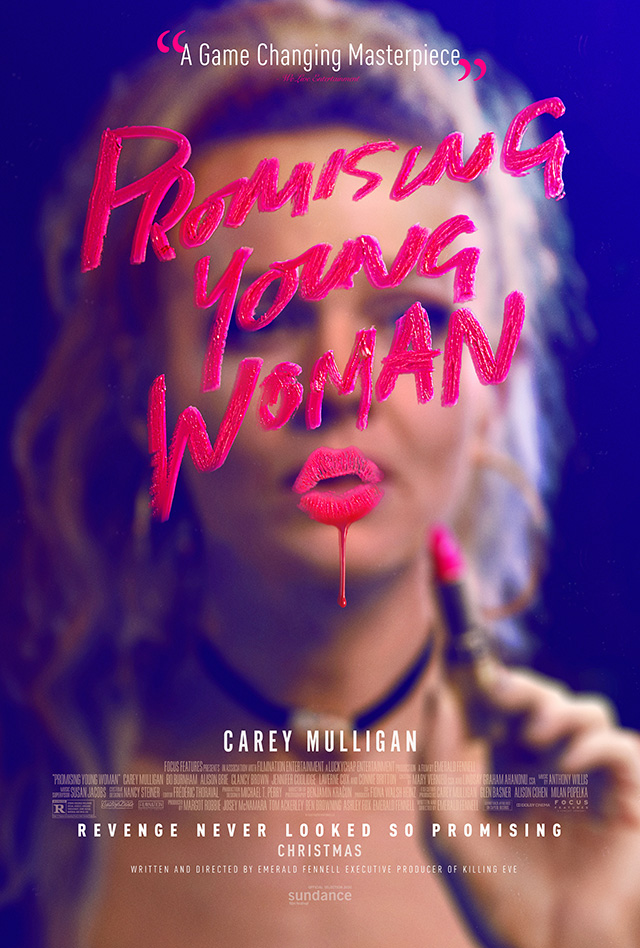 Universal Pictures has released the official trailer for She Said, the forthcoming drama film starring Carey Mulligan and Zoe Kazan…
Movies 7 months ago

According to Deadline, Amazon Studios is currently in the final negotiations to acquire the global rights to Oscar-winning filmmaker Emerald…
Movies 8 months ago

According to Deadline, Eternals star Barry Keoghan and Euphoria actor Jacob Elordi have signed on to star in Oscar-winning filmmaker…
Movies 9 months ago