After making its digital debut in the United Kingdom this past summer, Saban Films has unveiled a new trailer, poster and US release date for André Øvredal’s superhero action thriller Mortal starring Nat Wolff (Death Note). The trailer and poster can be viewed below!

Based on ancient Norse Mythology, Mortal is a fantasy adventure epic that is being described as a fusion of previous superhero films such as Chronicle, X-Men and Thor. It will follow the story of a young boy, who must discover the origins of his extraordinary powers before he is captured by authorities hell-bent on con-demning him for an accidental murder. A breath-taking and thrilling origins adventure story.

Mortal is written and directed by Øvredal, who also serves as an executive producer along with Aage Aaberge, Aron Eli Coleite, Malene Ehlers, Joshua Horsfield, and Henrik Zein.

RELATED: Scary Stories to Tell in the Dark Sequel a Go with André Øvredal Returning!

André Øvredal is best known for his feature directorial debut film Trollhunter and the 2016 supernatural horror film The Autopsy of Jane Doe. His most recent work was on Guillermo del Toro’s live-action adaptation of Scary Stories to Tell in the Dark. His upcoming projects are Amblin’s The Last Voyage of the Demeter and Stephen King’s The Long Walk film adaptation.

Mortal is set to hit select theaters, digital platforms and VOD on November 6, followed by a Blu-ray release on November 10. 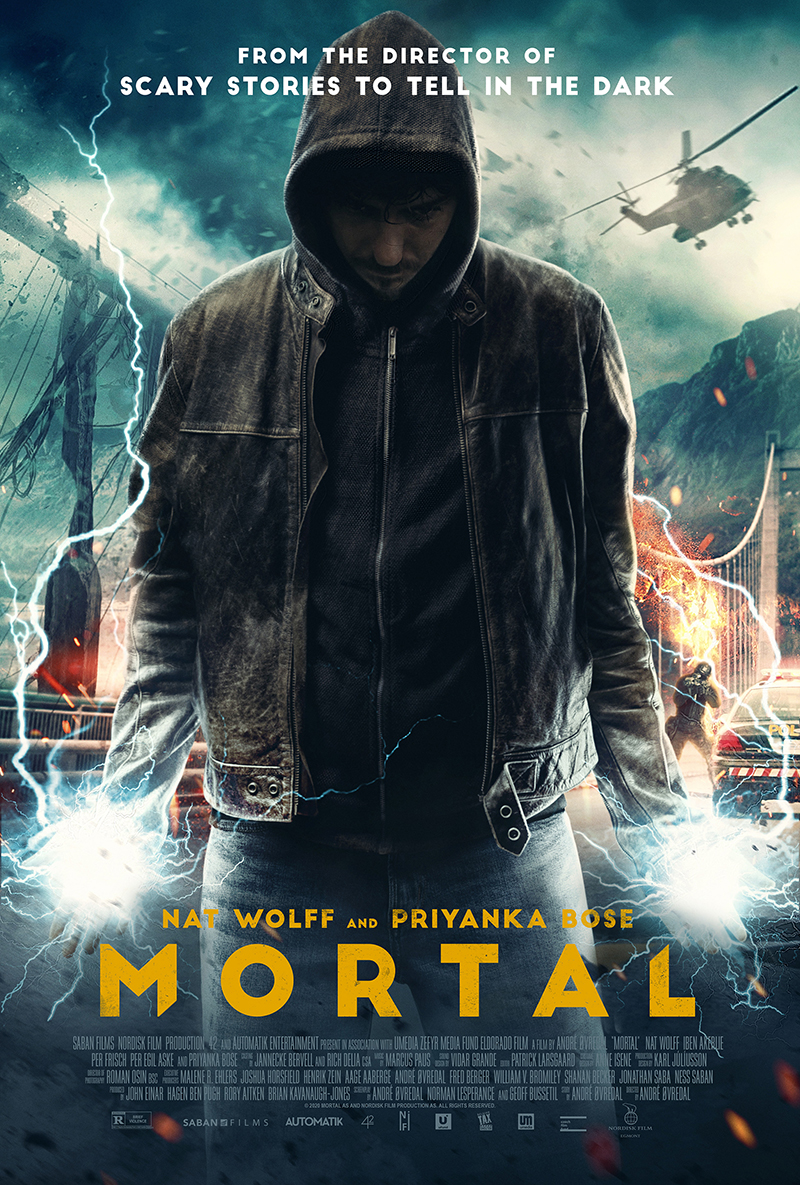 Actress Kiersey Clemons is set to star as Iris West in the upcoming DC film The Flash. During a recent…
Movies 43 mins ago

Øvredal, Hawkins & Amblin Team for Last Voyage of the Demeter

Mortal Review: An Uninspired But Interesting Take on the Superhero Genre

The fantasy action pic is now available on digital platforms!
Movies 2 years ago

The fantasy action pic is now available on digital platforms and in select theaters!
Movies 2 years ago